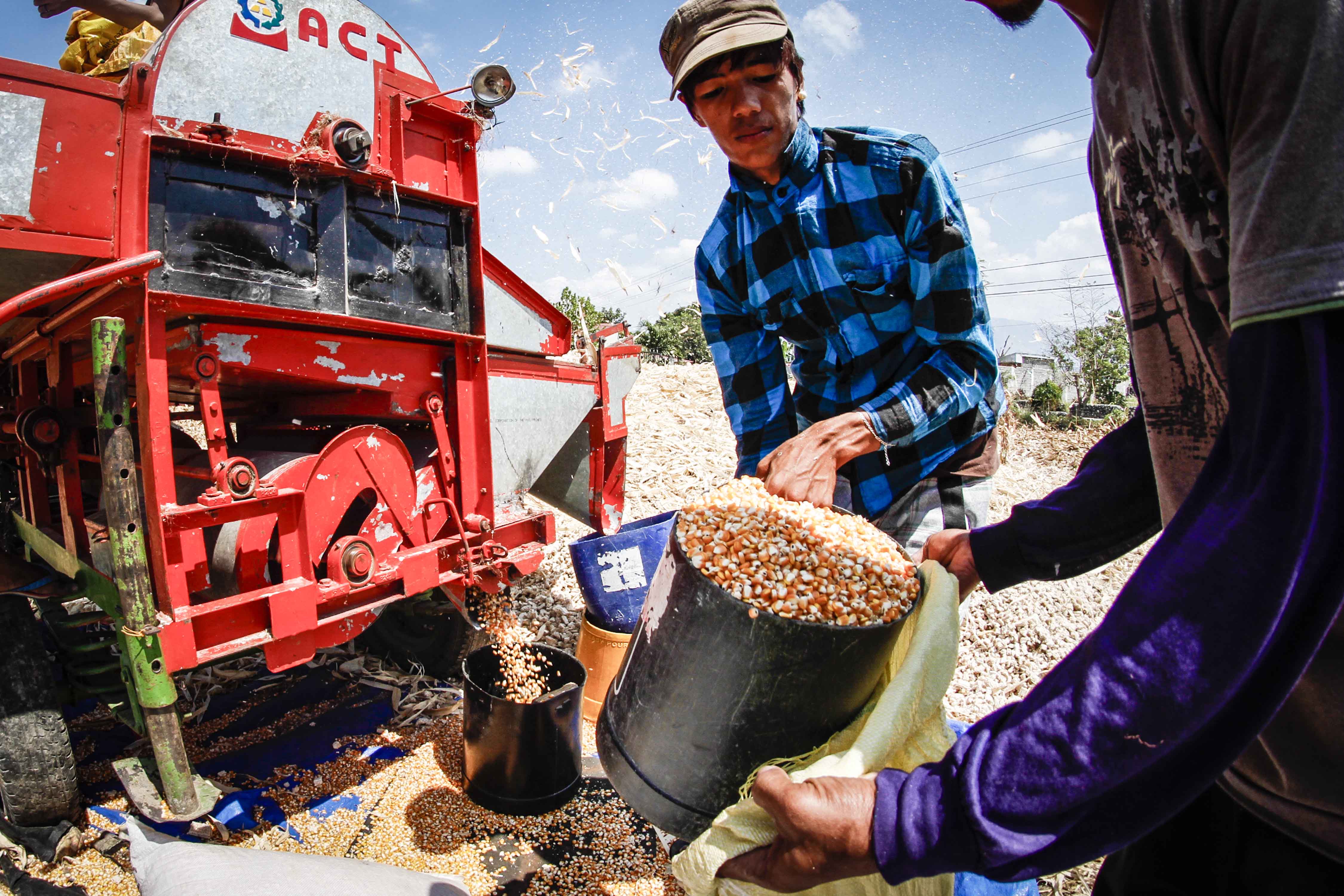 LINGAYEN, Pangasinan – Very few people think corn when they think of Pangasinan. But for farmers who know the vast fields of this province, growing corn is an expertise and a pride of the people of Pangasinan.

By Jojo Riñoza
In fact, the province was bestowed with the National Corn Achievers Award (Provincial Category) for the fourth time by the Department of Agriculture just last November at the 13th Philippine National Corn Congress held at the Philippine International Convention Center (PICC) in Pasay City.
Elated Pangasinan Governor Amado I. Espino III received the award with a corresponding cash prize of three (3) million pesos together with Provincial Agriculture Officer-in-Charge Dalisay Moya and Supervising Agriculturist Nestor Batalla.
On the report from the Provincial Agriculture Office, the province has produced 363,838 metric tons of yellow corn and 4,522 metric tons of white corn totaling to 368,161 metric tons of corn yielded in 2016.

Pangasinan is bestowed with the National Corn Achievers award (Provincial Category) by the Department of Agriculture during the 13th Philippine National Corn Congress for the fourth time. – Jojo Riñoza

Espino expressed elation on the recent feat of the province commending the leadership of his father, former governor and now 5thdistrict Representative Amado T. Espino, Jr. for laying the foundation of success of the province’s agriculture.
The province has reaped two national corn achievers award in 2013 and 2014.
The corn production development program of the province aims to transform Pangasinan as one of the major producers of high-grade yellow corn.
This, along with rice production, could strongly claim the province’s well-deserve title as the “food basket of the Northern Philippines.”
The eastern towns of Sto .Tomas and Alcala also received P1M each for bagging the Outstanding Municipalities on Corn Production.

Corn farmers in San Nicolas thresh corn to separate its grain from the cob after a good harvest. – Jojo Riñoza

Gov expressed alarm over the loss of sprawling agricultural land