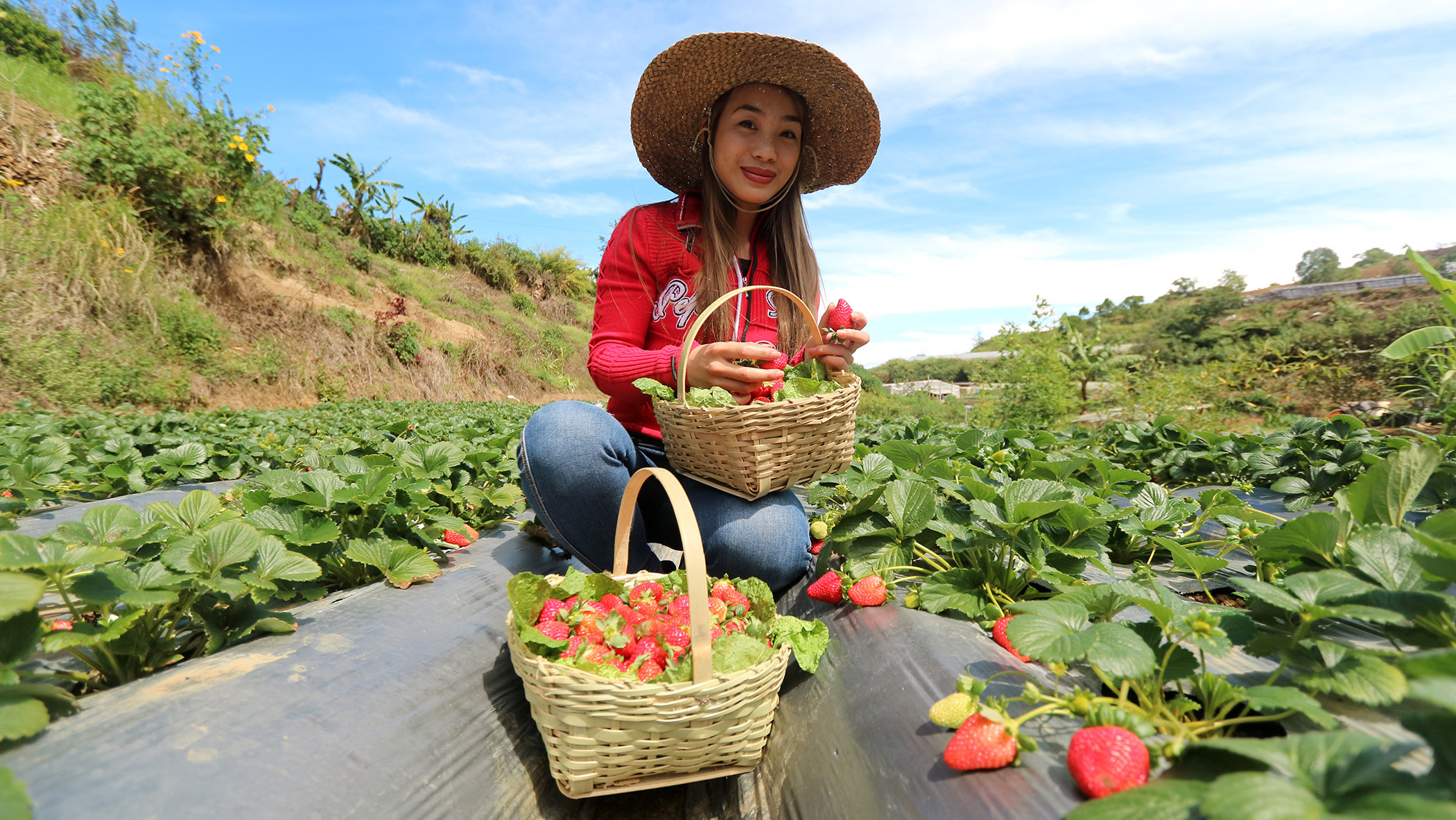 BAGUIO CITY – The city government is pushing for the promotion and strengthening of its agri-tourism industry starting from the opening of the first Strawberry Farm in the Summer Capital.

The Bilis Strawberry Farm in Sto. Tomas Central, Baguio City was agreed by the Bilis Farmers Association to convert as a destination this summer season.

It was in August when residents started to plant San Andrea and California variety strawberries on a 1.5 hectare lot. Growing them organically with the use of the abundant fresh spring water, the berries turned out big and sweet.

Councilor Leandro Yangot, Jr., said the city government and the association are preparing for environment protection plan and the construction of facilities like comfort rooms and parking for the tourists who will be visiting the place.

He said that the promotion of the Baguio Strawberry Farm is not aimed to compete with that the La Trinidad, Benguet as it is an agri-tourism project being pushed by the city.

“Even if we are a highly urbanized city, we have lots of farmers in outskirt barangays which was the reason we came up with an ordinance on urban gardening that is the basis for the contest. We also have the newly approved ordinance – Baguio Farmers Month, every May to show that we too have agricultural products,” said Yangot.

Yangot added that the opening of the Bilis strawberry farm will enhance the unity amongst the farmers in the area, and eventually contribute to the city’s plan to make it a tourist destination.

“Right now we cannot yet open the area as an attraction and tourist destination because there are still a lot we need to do to prepare it so that those who will later on come will be confident. We also do not want a repeat of the La Presa incident where the environment was damaged that is why we need to prepare well,” explained Yangot.

He added that the city government is prepared to help the farmers from a cooperative from what it is presently so that they would be able to raise the necessary funds to further improve the strawberry planting, fixing of the parking, construction of the road and putting up of comfort rooms before it is opened to the public.

The Summer Capital has now own strawberry farm that tourist may visit. Photo by Zaldy Comanda.