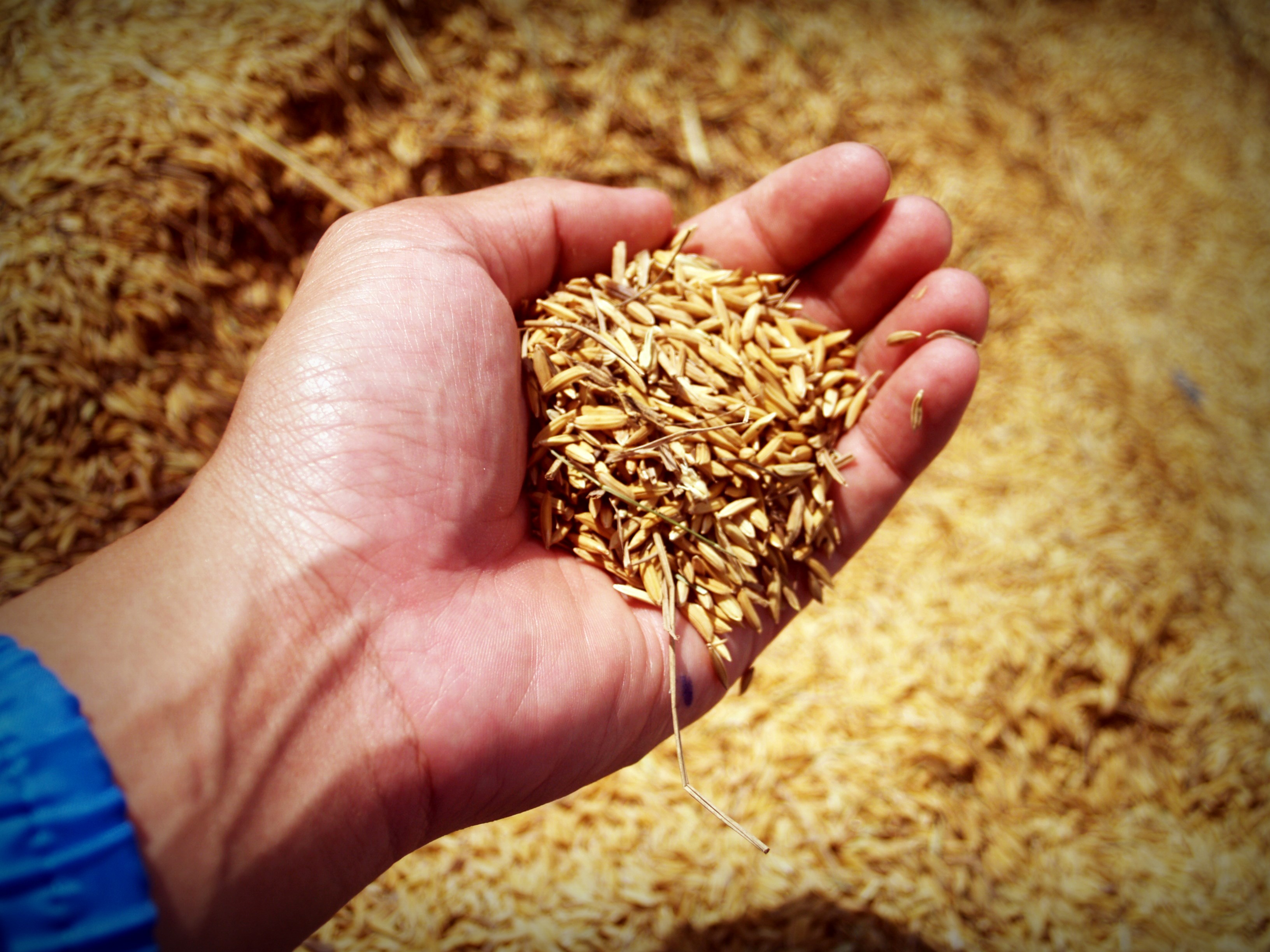 Batac, Ilocos Norte—Farmers in the lowlands like those in Regions 1 and 2 who are looking for early maturing varieties (EMVs) of rice to plant this season may try the six varieties being recommended by Anielyn Y. Alibuyog, Leovigildo B. Bungubung, Jr., and Gemma Maye T. Acosta of the Philippine Rice Research Institute (PhilRice) in this town.

PhilRice researchers said EMVs are better than the traditional varieties for two reasons. First, farmers can save on irrigation costs, one of the limiting factors in rice production in the semi-arid conditions of lowland farms. Second, farmers will have more time to use their farm for other dry season crops after rice.

In case farmers get a low palay yield, they still have a chance to get a substantial income from the harvest of the other crops that they plant after rice. In Ilocos Norte, for instance, farmers who plant EMVs can plant vegetables and other high value commercial crops 15 days earlier than those who plant the usual rice varieties that mature in 120 DAS.

The researchers warned that although the EMVs possess good agronomic characteristics, they are still susceptible to stem borers and rice bugs that are rampant in the lowlands during both wet and dry seasons.

These pests can cause the white head and dead heart diseases and are known to reduce palay yield by about 30 to 40 percent if not properly controlled.

In field trials they conducted in various ricefields in Region 1, the researchers found that the average days to maturity of these varieties are not longer than 106 DAS. In fact, when they planted PSB Rc80 and NSIC Rc192 in farmers’ fields in Brgy. Quiling Sur in Batac, Ilocos Norte during the wet season, PSB Rc80 matured at 97 DAS, while NSIC Rc192 matured at 92 DAS. That is one to two weeks earlier than the traditional varieties used by farmers in Batac.

These varieties can be planted through broadcast, direct seeding, or transplanting. If transplanted in arid farms, PSB Rc82 can still give a yield of 2.2 tons (44 cavans) or more per hectare. If it is planted through broadcast method, it can yield 2.7 tons (54 cavans). PSB Rc80, NSIC Rc112, NSIC Rc146, and NSIC Rc192 can also give these yields if they are planted in the same weather and soil conditions. These yields are still higher than those derived from the upland varieties.

When NSIC Rc158 was tried in a farmer’s field, it gave the highest yield of 2.5 tons per hectare when it was transplanted, and about 3 tons per hectare when it was broadcast. Farmers who may want to plant PSB Rc80 and NSIC Rc192 can ask help from PhilRice offices in Batac, Ilocos Norte or in Maligaya, Muñoz, Nueva Ecija. They only need 20 to 40 kilos of certified seeds of these varieties for a one-hectare ricefield. Using the right amount of seeds will result in healthier seedlings, which recover faster after transplanting. And because these varieties are resistant to drought, farmers can plant them at the start of the second cropping cycle.

To get the maximum yield potential of these varieties, PhilRice researchers recommend the following cultural management practices suited for the crop in lowland areas:

• If farmers prefer to use the direct seeding method, they should prepare the land completely so that there will be uniform distribution of irrigation water, which will control the emergence of weeds and promote the uniform growth of the plants.

• But if farmers prefer the transplanting method, they should prepare the land 3 to 4 weeks before transplanting. Plow the field at 15 centimeters (cm) deep to incorporate the weeds and other plant debris so these will be decomposed into organic fertilizer. If the land is prepared completely, bad elements in the soil will be removed, and the plants will produce stronger and deeper roots.

• Clean and fix the small canals near the ditches so that water can flow easily, and maintain a 15 cm ditch width. Harrow the land twice a week to pulverize the soil, and construct furrows one week after land preparation.

• For direct wet-seeded rice varieties that are planted in moist farms, construct small canals at the center of the field or at the sides close to the ditches. These will serve as water impounding areas for golden snails so that farmers will find it easier to collect them.

• If there are excess seeds, these should be planted at vacant portions of the field so that farmers can use them later to replant missing hills.