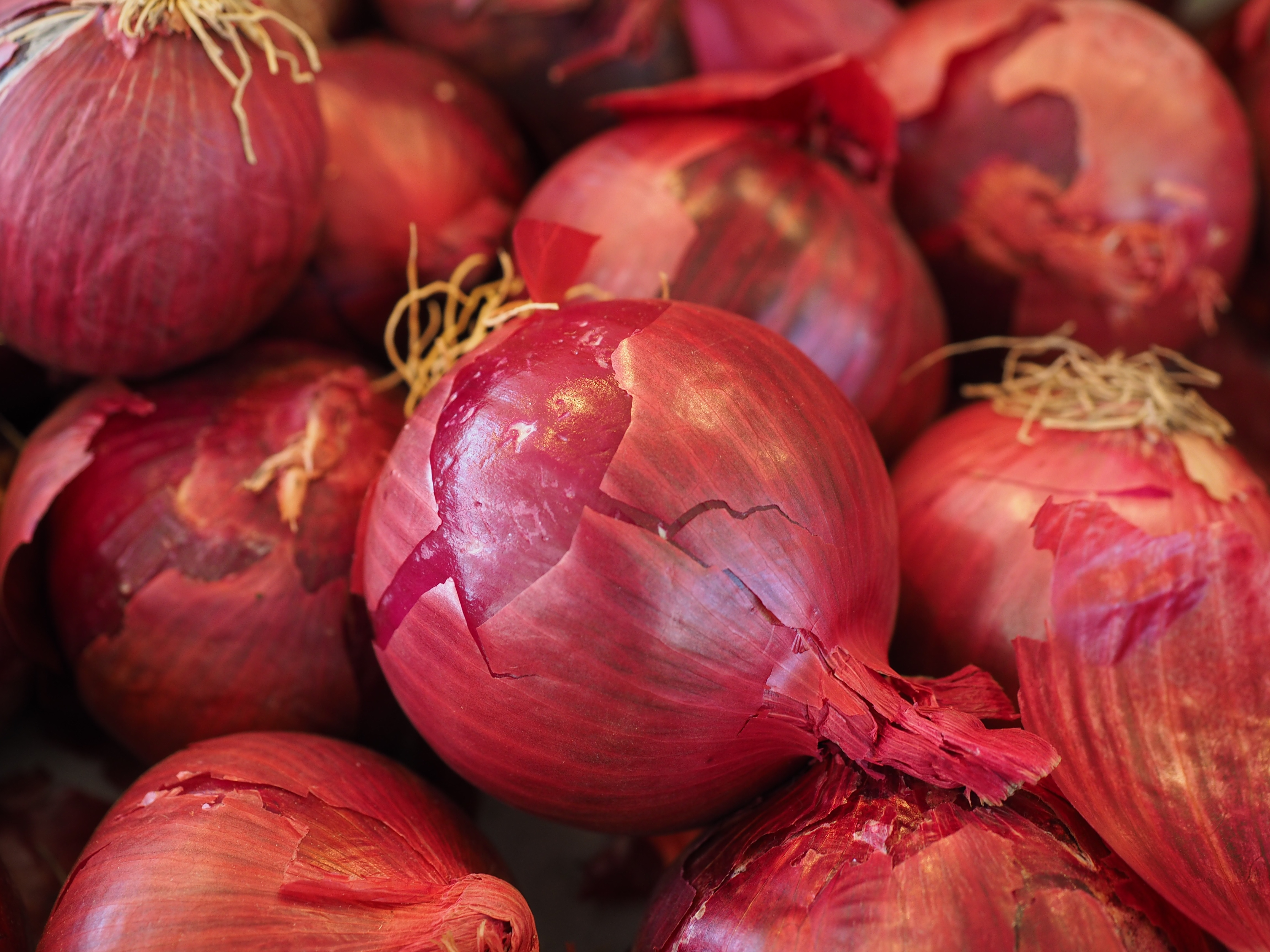 Onion storage researchers have long been intrigued as to how local onion growers of the Red Shallot variety (Tanduyong or Sibuyas Tagalog) can store their crop for an indefinite period with just air drying.

The practice may be primitive but it has been proven to be effective for generations. Can this practice be applied to other onion varieties such as the Red Creole variety, which approximates the desired characteristics of the Red Shallot variety?

Currently, a majority of onion farmers use the cold storage system, so the Philippine Center for Postharvest Development and Mechanization (PhilMech) and the Bureau of Agricultural Research (BAR), in search of an alternative mode of onion storage, tapped the talents of GawadSaka High Value Crops Development (HVCD) Farmer of the Year 2013 Reynaldo Hilario of Capaniplahan, Talavera, Nueva Ecija to conduct an applied research trial for an alternative storage system. Approximately Php700,000 was allotted to Hilario, as it was to a similar trial in the Ilocos region, to conduct the study.

Earlier, the Samahan ng Maggugulay at Magsisisibuyas ng Talavera Cooperative—which Hilario heads—was the recipient of a R1.2 M onion storage hanger type facility after the endorsement of Department of Agriculture (DA) regional field office (RFO) III director Dr. Andrew Villacorta. The members of the cooperative have been using this facility for a year now. It has the capacity to store 1,000 onion red bags (each carrying 25 kilos) and charges R20 per bag. An air drying component would come in handy for the applied research study of the PhilMech in tandem with Hilario.

The applied research study on alternative onion storage began in the first week of April this year. Pre-harvesting conditions include full maturity of the bulbs at 90 days after transplanting. Onion bulbs must be disease-free, and the samples should be pre-dried in an open field.

The samples were segregated under field conditions during the two-week pre-drying period. The cured samples were dried in the open field layer by layer. A week later, the bulbs were turned over to expose the lower portion of the layers. Uncured bulbs were left in the field to dry, but were turned regularly.

The samples were either cured (all leaves left uncut after the bulbs were pulled) or uncured (bulbs are cut after pulling). One sample drying was placed by Hilario inside a greenhouse—an amenity under the HVCD program of the DA RFO III.

After all samples passed the pre-drying period, six samples were selected at different settings. The first two samples consisted of cured and uncured bulbs packed in regular red onion sacks, packed in three levels, and placed in the onion hanger for storage. A similar set was placed in a plastic crate. Another set of samples was placed inside a greenhouse where heat and humidity is controlled. The fourth and final samples were placed in a refrigerated van provided by PhilMech.

All eight samples were of similar weights at the beginning of the experiment. Cured and uncured onion bulbs were placed under three modes of storage. Hilario was tasked to monitor and record his daily observations, except for the samples in the refrigerated van, which was positioned at the PhilMech compound.

After three months of storage, Hilario began to draw some observable conclusions from the three modes of storage. The decrease in weight was almost similar among samples in plastic crates and bagged samples inside the hanger-type storage – about one kilo per month. The same applied to samples inside greenhouse conditions.

From the start, Hilario looked to the business side of the different modes of storage. During the harvest season, the price of onions was only Php10 to Php12 per kilo. After three months of storage, the farm gate price was Php60 per kilo. The contract price for the commercial cold storage facility for onions is Php225 per 25 kilogram (kg) bag or about Php2 per kilo. The labor expense for cutting the leaves of the onions during harvesting were an additional Php150 per day. When compared to a minimal Php20 charge for storage in hangar-type storage or in greenhouses, Hilario stands to earn a substantial income from his regular crop of onions.

Greenhouses can be the best mode of storage, Hilario observed, as temperature and humidity can be controlled inside them. Hanger storage of onions exposes them to elements like fluctuating temperature and humidity, none of which can be controlled. In addition, the high humidity in hanger-type storage areas results in onions developing black mold. Also called tagulamin in the local dialect, Hilario said it was still a minor problem.

After six months of onion storage, PhilMech can now produce data on the different types of storage modes available on the farm, including data on the economic side of the business.

Science to the Rescue of the Coconut Industry

The Rubber Tree: A Promising Agroreforestation Plant for Northern Luzon