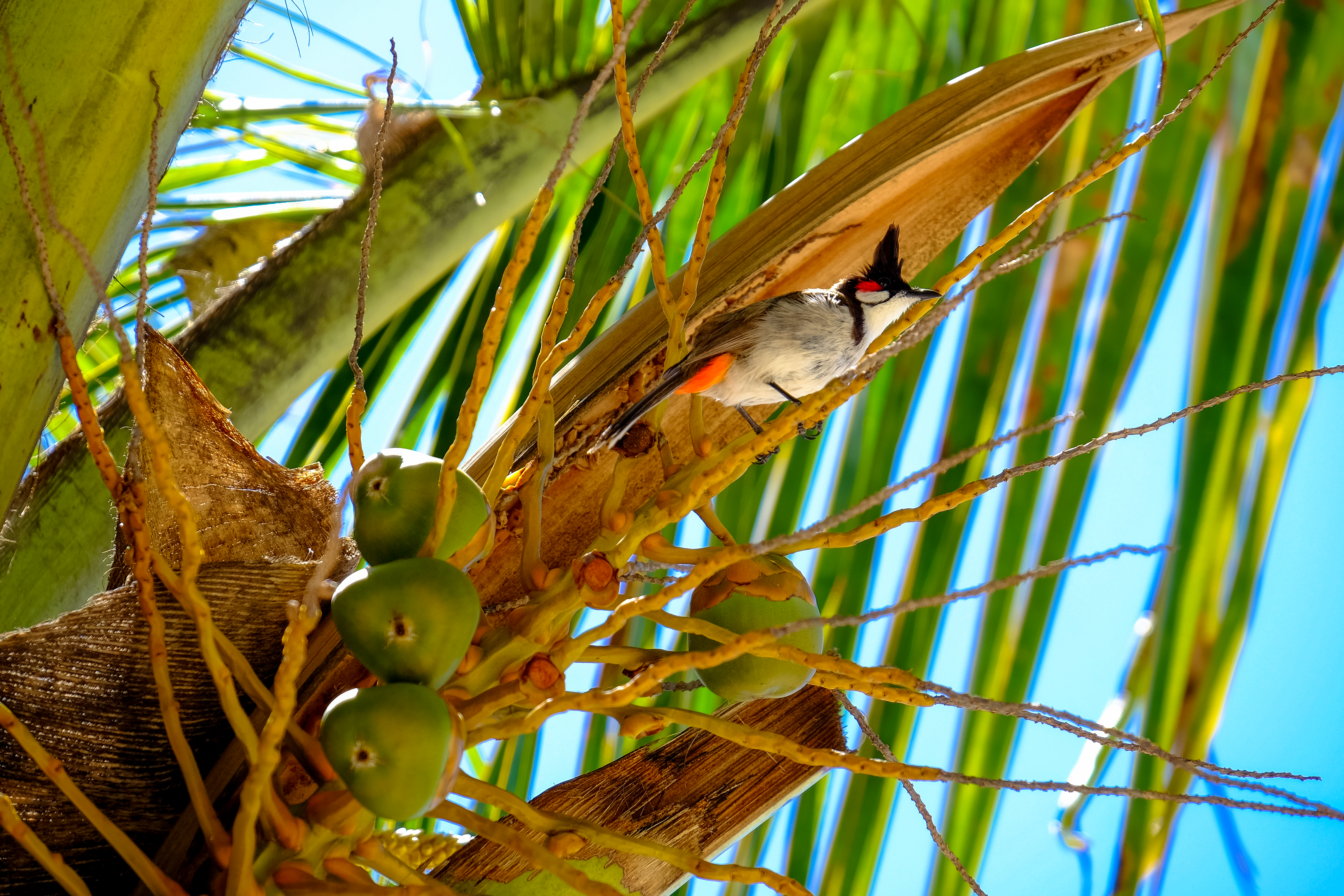 Insect outbreaks occur when new strains/species of insects are introduced into areas where they have no or very few natural enemies. However, nature eventually corrects itself; biological control agents appear and multiply in sufficient numbers to control the invaders. But this new state of equilibrium could take years, and by then, farmers will have suffered heavy losses.

The new coconut scale insect (CSI) devastating coconuts in Batangas, Laguna, Cavite, and Quezon has been identified as Aspidiotus rigidus, which is different from the more common Aspidiotus destructor. The immediate challenge of the CSI outbreak is to arrest and/or contain the further spread of CSI from the current adversely affected areas to the rest of the country. The idea is to reduce CSI population and slow down its spread in order to give the insects’ natural enemies the time needed for them to multiply.

Scale insects are naturally preyed upon by wasps, coccinellid beetles, earwigs, and lacewings; they are also infected by fungi. Our key agricultural research agencies (the Philippine Coconut Authority or PCA, the University of the Philippines Los Baños or UPLB, and the Department of Science and Technology’s Philippine Council for Agriculture, Aquatic and Natural Resources Research and Development or DOSTPCAARRD) are working double time to artificially rear these potential biocontrol agents in great numbers for release in outbreak areas. Nevertheless, their efforts are relatively puny considering the gravity of the situation. Their efforts should be multiplied tenfold to make a difference.

Scale insects are ubiquitous pests to many crops. They are relatively easy to manage and control with commercially available pesticides. In fact, household detergents and oils, which are inexpensive and safe for humans and the environment, have been demonstrated to be effective against scale insects.

The problem of CSI control is the difficulty and costs of applying pesticides and/or detergents on tall coconut trees, many of which grow on steep hillsides and in inaccessible places.

Fire trucks full of detergents and with power boom sprayers are okay for coconut farms along roads during the dry season, but their reach will be limited. Thus the use of insecticides—whether chemical, organic, or botanical in origin—whose mode of action requires physical contact with the insect pest is constrained by the cost of application. The solution is to deploy the family of insecticides that are systemic, i.e., the active ingredients get into the plant parts and sap. The susceptible insects that eat the leaves and stems and/or suck the plant sap die or fail to reproduce.

There are several organic and/or botanical pesticides which local suppliers/inventors claim are as effective against CSI. However, their efficacy, safety for humans and the environment, and cost effectiveness have yet to be demonstrated. Before they can be adopted on a massive scale with the use of public funds, the suppliers/vendors must provide the Fertilizer and Pesticide Authority (FPA) proper, scientifically vetted, and reproducible proof to substantiate their claims.

The burden of proof rests with the technology suppliers/ vendors, but given the urgency of the need, the government should be proactive and determine which among the new organics and botanicals have the most potential and facilitate their testing. However, testing all products will be very expensive, and therefore further verification can be directed to only, say, 2 or 3 of the most promising. To eliminate bias, the government may constitute an impartial panel of scientific experts to identify the products with most potential.

Among agricultural pesticides, the most commonly used worldwide are the family of chemicals called neonicotinoids. These neonicotinoids attack the nervous systems of insects and cause their death. They are toxic to insects but relatively benign to mammals, including humans. They are effective under very low concentrations and are not persistent in the environment.

And among the neonicotinoids, the newest, the safest, and most promising is dinotefuran, a third-generation formulation which is Category IV in toxicity. Category I pesticides are most toxic and persistent, and are now practically banned worldwide. FPA certifies only those pesticides belonging to Category II or better.

However, Dinotefuran has not been used on coconut. The most cost-effective mode of application is yet to be determined. It can be applied as aerial spray, or incorporated into the soil like fertilizers, or bored into the coconut bark or trunk. Incorporating Dinotefuran into the soil like fertilizer is easy, but more pesticides will be needed, the effectivity delayed, and efficacy problematic.

Aerial spraying with airplanes is likewise relatively easy and cost-effective. However, resistance and objections from the rural communities will be strong despite assurances that Dinotefuran is relatively benign to people. Thus, the preferred option for now is boring the insecticide into the coconut bark and trunk.

But neonicotinoids, including Dinotefuran, have a serious drawback — they are toxic to non-target economic insects like honeybees and silkworms. Honeybees, of course, are very important, not so much for their honey, but for their beneficial role in pollinating fruit crops, vegetables and other crops.

The insecticide will be deployed on a large scale only in the limited geographical areas where CSI outbreak is severe. As soon as the CSI outbreak is arrested and subsides, the insecticide application will be discontinued. The damage will not be permanent since the honeybee population in nearby untreated areas will recolonize the outbreak areas.

Moreover government can hasten honeybee population buildup by bringing in new farmed beehives. Also, by then, the government program of mass multiplication and dispersal of natural biocontrol agents will have gotten off the ground.

The other tradeoff that needs to be managed is the loss of the organic status of coconut farms which supply organic coconut water in the world trade.

However, this tradeoff is really between public and private goods. The few fortunate coconut farmers and cocowater processors/exporters who receive a premium for organic coconut water need not adopt the use of chemical pesticides and conventional fertilizers deemed most cost effective by responsible government institutions. They can always use the organic pesticides and/or botanicals offered by commercial providers but at their own cost and risk.

The CSI outbreak need not be the end of the Philippine coconut industry. Just like the Psyllids insect outbreak, which damaged ipil-ipil trees more than a decade ago, nature will take its course and a new balance between the coconut scale insect and its natural enemies will take place.

In the meantime government can take vigorous measures to arrest and/or contain the spread of CSI, with chemical, organic, and botanical pesticides, as appropriate. The research agencies should ramp up their scientific activities to identify the most effective natural enemies of CSI, facilitate their mass rearing, and determine their most cost effective deployment.

But most importantly, the government, though the PCA, DA, the local government units or LGUs, and the state colleges and universities should launch a massive coconut replanting and intercropping program to raise total farm productivity, generate additional employment, and increase the income of coconut farmers.