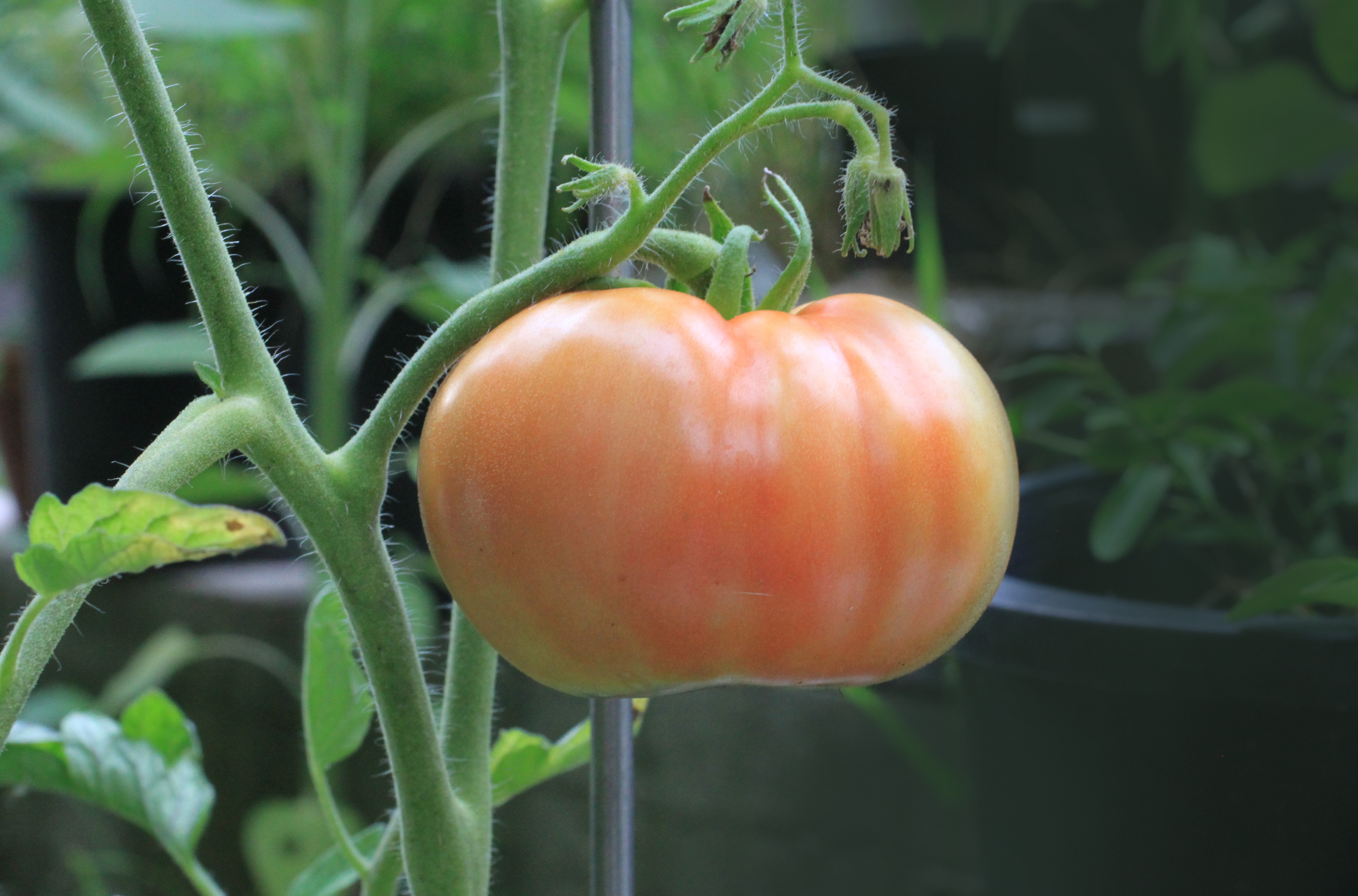 Batac, Ilocos Norte—Researchers at the Mariano Marcos State University (MMSU) in this town have found an easy way to make pesticides from plant extracts, and these extracts are effective in controlling common insect pests and diseases that attack high value commercial crops.

Leticia A. Lutap and her research teammates said that extracts derived from snake weed, yellow ginger, banana bush, Mexican poppy, lantana, sticky spider flower, aloe vera, garlic wastes, and tibak leaves contain substances effective for controlling pests like tomato fruitworms, thrips, mites, and beetle pests, and diseases like tomato blight, purple blotch, and cercospora leaf spot on garlic. If not properly controlled, these pests and diseases are known to reduce the yields of farmers by as much as 40 to 90 percent, say the researchers.

Tests showed that compounds present in these extracts have ovicides, insecticides, and antifeedant properties. Ovicides kill eggs of insect pests, while antifeedants suppress the pest’s appetite for the host plant.

Tomato is usually attacked by fruitworms. Although foliage feeding of the newly hatched larvae may not cause any significant damage, the holes they cause in fruits can result in yield losses of up to 70%.

Also, thrips and mites, which are known vectors of viruses, cause damage to sweet and finger peppers. A high population of these pests results in leaf curls, distortion of plant growth, lower deformation, and wilting.

On the other hand, beetles are becoming a major pest in eggplant and the most prevalent pest of other high value commercial vegetables, especially near the onset of the rainy season. Both the larva and adult damage the plants by eating the leaf tissues between the veins causing the skeletonized leaves to dry up. Likewise, tangle top disease infestation caused by mites can reduce garlic yield by as much as 40-50%; thrips can reduce the same by as much as 50%.

Last year, the Ilocos garlic industry collapsed due to low yield caused by purple blotch and cercospora leaf spot disease. Tomato production is also being adversely affected by blight disease, which is being triggered by hot and humid weather. Unless controlled, blight disease can result in 90-100% yield loss.

Generally, farmers use synthetic chemical pesticides to abate pest incidence in the absence of alternatives. Moreover, its use has been an important part of pest management for many years, despite the known disadvantages and risks. Some synthetic pesticides leave unwanted residue in food, water, and the environment. Some are suspected carcinogens, and low doses of many insecticides and fungicides are toxic to mammals. This has motivated the MMSU researchers to look for less hazardous alternatives to conventional synthetic insecticides–which is how they discovered the advantages to using plant extracts. They recommend the use of these extracts to lessen farmers’ dependence on expensive chemical inputs.

The researchers believe that their breakthrough will not only provide leads in synthesizing new structural types of pesticides and fungicides that are relatively safe for people and the environment, but will also encourage farmers to do away with the use of expensive chemicals which are in limited supply. To produce biochemical pesticides and fungicides, the plant extracts—which have pheromones, plant hormones, and natural plant-derived regulators—are mixed with clay, potassium bicarbonate, and enzymes, which serve as active ingredients.

Here’s how to do it. Mix 10 to 15 tablespoons of the extracts with 16 liters of water to produce a volume just enough for one knapsack sprayer tank. Spray the solution evenly, preferably during the late hours of the afternoon. Mix thoroughly before application. Repeat application every 5 to 7 days if necessary. The spraying frequency can be increased or decreased depending upon the severity of the pest infestation.

To control early symptoms of plant diseases such as tomato blight, combine the extracts of garlic wastes, yellow ginger, and aloe vera. Mix 15 to 20 tablespoons of the combined extracts with 16 liters if water and spray the plants at 30 days after planting (DAP) at 5 to 7 day intervals.

For purple blotch and cercospora leaf spot diseases on garlic, combine the extracts of tibak leaves, yellow ginger, lantana, and aloe vera. Mix 15 to 20 tablespoons of the combined extracts with 16 liters if water and spray plants at 30 DAP at 5 to 7 day intervals. The best time to spray the solution is during the late hours of the afternoon.

The researchers clarified that these biopesticides and biofungicides are used primarily as preventive measures, so they may not perform as quickly as some synthetic chemical pesticides do. However, these are generally less toxic to farmers and non-target organisms, making them desirable and sustainable tools for pest and disease management.

Results also showed lower disease intensity and higher marketable yields for the crops sprayed with plant extracts. The shelf life of the reformulated products were also potent for up to six months of storage at room temperature.

In the October planting of garlic, for instance, the crop gave 2.94 to 3.10 tons per hectare when sprayed with biofungicide, a rate comparable with those of plats sprayed with chemicals which gave 2.89 tons per hectare. Also, disease severity was reduced, and this caused the plants to produce bigger bulbs of better quality.