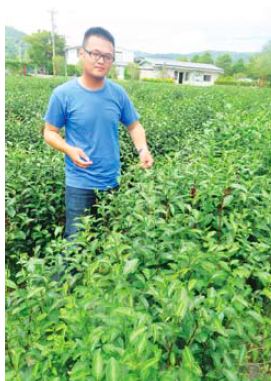 The Taiwanese government is making it lucrative for young people to go into agriculture.

As in manny other countries, one problem in Taiwan is that the educated youths would rather work in the city than go back to the farm. This is as much a problem in the Philippines.

doing something to lure the young, especially those who have studied in college, to go back to the farm. What’s the strategy? They are promoting the idea of the socalled leisure farms in the countryside. In these leisure farms, agricultural production is just one aspect. A leisure farm is an honest-to-goodness business operation that includes innovative and alternative sources of income.

One young fellow who studied languages who could have landed a job in the city but went back to his parents’ tea farm is Liu Ching Yuan of the Xing-Yuan Tea Garden, a leisure farm in Zhong Shan Village in Dong Shan district in Yilan County in the north.

Liu, who is in his early 30s, is one example of an innovative young college graduate who has built a profitable family business in the countryside, based on the family’s traditional tea plantation.

The tea plantation is run the organic way. No chemical pesticides are sprayed on the plants. This attracts health conscious customers who don’t mind paying a higher price for products that are pesticide-free. He has developed different kinds of oolong tea, including what he calls Jin-Suan, Tsuei-Yu, Siji-Chuen tea, green tea, black tea, and charcoal-Pei old tea. They also have ku-cha oil and tea peanuts.

Liu has also come up with do-it-yourself (DIY) activities for both the young and not-so-young. One of them is making tea-flavored ice cream. Making the handmade ice cream is fun because you keep on shaking the container while dancing to the tune of fastmoving music like rock ‘n roll and similar beats. After shaking and dancing for about 20 minutes, voila! Your ice cream is ready for eating.

Other DIY activities include hands-on training on how to process different kinds of tea. A lot of visitors go to leisure farms for both the DIYs as well as the different products available. There’s usually an entrance fee ranging from NT$100 to NT$300 but these are consumable and can be charged to items bought from the farm.