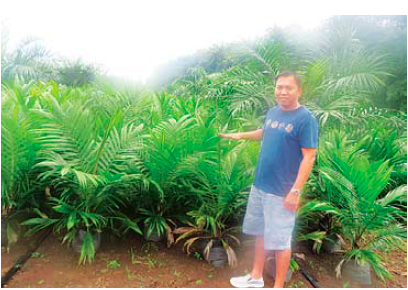 Processing plants for any agricultural commodity will likely encourage nearby farmers to plant and produce the raw materials needed by that factory. And that could mean prosperity for the community. That is true with the new palm oil factory that is under final construction in Carmen, North Cotabato.

Jerry Taray, one of the investors and a grower and nursery operator himself, revealed that the new oil mill has been encouraging farmers in Carmen to go into oil palm farming. Before the mill was set up, very few of the small farmers dared to plant this industrial crop because they knew they would have a hard time bringing their harvests to distant factories. It would
be very expensive for them.

On the part of the municipal government, it came up with its own scheme for supporting the interested farmers from Carmen. It has come up with a “plant now pay later” scheme, depending on its savings and available development funds. The program calls for the financing of the planting materials which could amount to Php30,000 per hectare.

The provincial government of North Cotabato, headed by Gov. Lala T. Mendoza, also has its own “plant now pay later” scheme with a yearly budget of R20 million. This can finance the planting of 700 hectares.

Some private individuals also have their own financial schemes to help the small-scale farmers who don’t have enough capital. Jerry Taray has his own project for helping Muslim farmers by supplying the planting materials, with the farmers paying for one half of the cost. For instance, the farmer will pay Php15,000 for half of the seedlings needed per hectare. The other Php15,000 is a loan from Jerry, payable later with the proceeds from oil milling at the Univanich Carmen oil mill.

Jerry said he has already helped farmers to plant 360 hectares under his scheme. He explained that he wants to help the Muslim farmers so they can also benefit from the construction of the oil mill in Carmen. This way, they could improve their economic status and be part of the inclusive growth that the government has been espousing.

Jerry says that oil palm farming could be the key to lifting the small farmers from the poverty level. It is ideal for small farmers because once the plantation has been established, there is very minimal labor that is needed to maintain it. The family members can also supply the labor.

The waiting period for the first harvest is just about three years from planting, according to Jerry. Harvesting is continuous and not seasonal; hence, the cash flow is constant. From one hectare, Jerry said, a farmer can have a monthly net income of Php6,000 to Php15,000. If he has two hectares, then he will have R12,000 to R30,000 net income per month. That’s already way above the poverty level.

The good thing about oil palm farming is that production can continue for many years. Dr. Pablito P. Pamplona, one of the advocates of oil palm farming for smallholding farmers, has written in the July issue of Agriculture Magazine about a very good example of a once-poor Muslim farmer who became rich by growing oil palm. He is Jose Manangka Sagadan of Mlang, North Cotabato.

Dr. Pamplona reported that before 2002, Sagadan could hardly provide for the needs of his big family. He had to borrow money so his eldest daughter could enter college.

In three years, from 2000 to 2003, Sagadan was able to plant 8 hectares to oil palm under the “plant now pay later” scheme. And because of the good income from oil palm, he did not have to borrow money anymore to send his five younger children to college. After his five children finished college, Mr. Sagadan used his income from oil palm to build his dream house, bought a brand new pickup truck, and used part of his income to lease land to expand his plantation. His production area for oil palm now totals over 20 hectares and 16 are already productive, according to Dr. Pamplona. 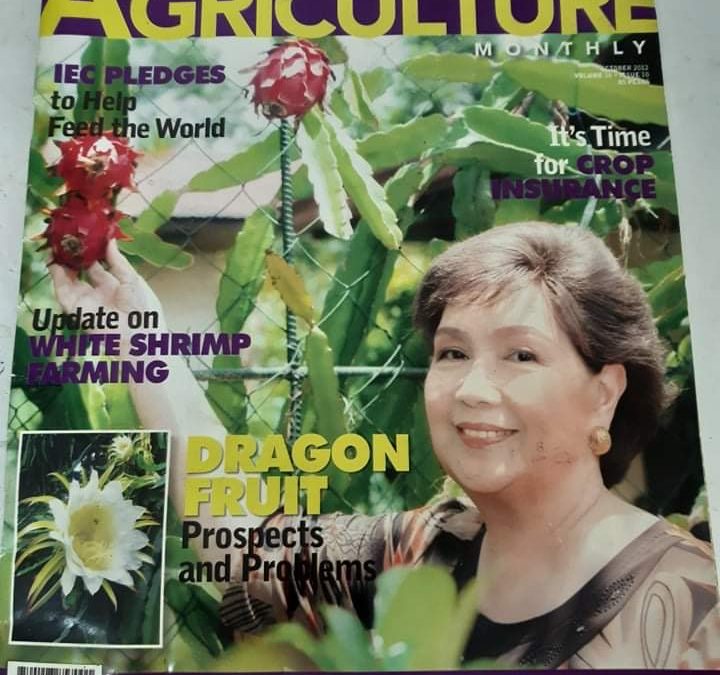