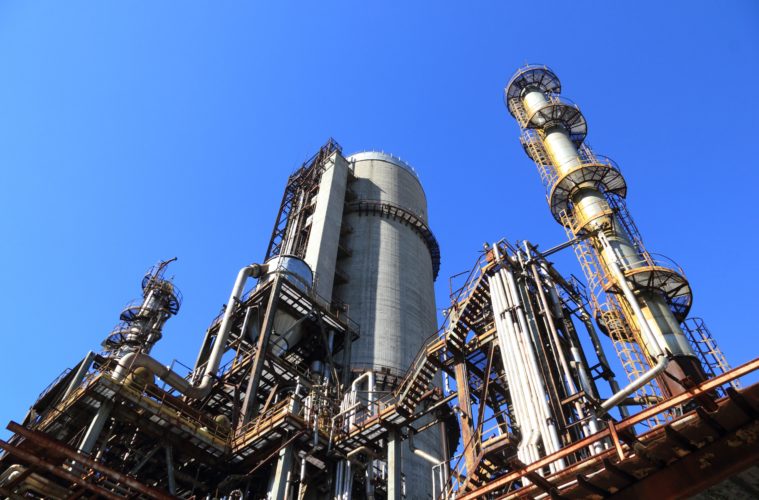 In view of the ever-increasing cost of conventional energy sources like electricity and gasoline, and the worsening rural and urban ecological problem of pollution resulting from improper waste disposal and management, the Philippine-Sino Center for Agricultural Technology (PhilSCAT) have included the Biogas technology as an addition to its banner technologies under Technical Cooperation Program-Phase II (TCP II).

The purpose of the program is to introduce the Chinese model of the biogas digester in the Philippines for eventual commercialization. Specifically, it aims to provide a rural energy source such as natural gas for cooking and lighting.

The program intends to contribute to the wellness of the environment through proper waste management; subsequently improve soil fertility using the technology‘s by-product as organic fertilizer; and encourage potential private manufacturers to invest in this particular technology.

Many developed and/or developing countries and international organizations have shown interest in biogas systems as a non-conventional source of energy while also serving as an environment-friendly system of livestock/ agricultural waste management.

PhilSCAT will aggressively promote the Chinese model of the biogas technology package without prejudice towards the locally developed ones by promoting the “generics” of the biogas production technology without bias for or against any brand now existing in the Philippine market.

From among the 12 biogas units, one set will be showcased at the Central Luzon State University (CLSU) Animal Science Department swine and poultry project; one will go to the Philippine Rice Research Institute; another will go to the Philippine Center for Postharvest Development and Mechanization for research purposes; and one set will be given to a cooperative. Another set was installed at PhilSCAT compound to serve as a promotional unit for techno-demo purposes and to help in research and development on the utilization of agricultural byproducts in producing renewable gas. The rest of the demo-units were distributed in selected cooperators in Talavera, Munoz and San Jose.

Six cooperators will be using hog manure as organic matter for their biogas units. Only one cooperator will be using chicken dung. Agencies focusing on research will be using different organic materials. PhilRice will use rice/ palay residues such as rice hulls, rice husks, and the like. PhilMech will use the residues from onion and other organic wastes. CLSU will focus on the use of organic matter from the Animal Science Department swine and/or poultry project.

Biogas Technology in the Country

Biogas technology is not new to the Philippines, but the increasing awareness of the polluting properties of animal manure and of environmental concerns, it is slowly gaining acceptance, particularly in livestock producing areas, with both the government and the populace.

In the early days, the main interest in biogas stemmed from its ability to reduce pollution and contribute positively to public health, rather than in its fuel energy generation potential, as firewood was abundantly available. Now, biogas is considered the most feasible renewable energy resource for rural areas. Domestic urban wastes, agricultural and animal wastes, and food processing, distillery, and industrial wastes are all available for biogas generation.

In the Philippines, biogas technology was introduced in 1965 by Dr. Felix D. Maramba, an agricultural engineer by profession of the then-Araneta University Foundation. He is the founder of the Maya Farm Biogas Model, pioneered in the early 1970s at Maya Farms, a commercial piggery farm located 40 kilometers east of Manila.

Demonstration models of the Indian, Chinese, and European types were set up in order to obtain the necessary experience with the technology and to assess the suitability of different types of plants. The models were later modified and used as pilot plants.

Biogas produced at the farm supplies the 40% of the total power requirement of the farm and is used for home applications, cooking vats in the canning plant, fueling of burners for heating and gasoline engines, running a feed mill, operating a 60-KVA electric generator, and running farm vehicles.

The organizations engaged in the extension of biogas technology are the National Housing Authority, the engineering battalion of the military, and the Department of Community Development.

The Development Bank of the Philippine granted loans to farmers at low interest rates for the biogas project. The Philippine Rural Life Center (PRLC), a nongovernment organization, promoted a culvert model biogas system in the early 1980s. The PRLC trained people from the government as well as in the private sector on animal production and biogas technology. Many units of the model were copied and installed in some selected villages but production ceased because the PRLC project was terminated in the late 1980s.

In the 1980s, the Affiliated Non-Conventional Energy Centers (ANECs) were established at different state colleges and universities nationwide to serve as the extension arm of the Department of Energy (DOE) in the promotion of renewable energy in the rural areas.

With regards to the Chinese Biogas Digester, a model was introduced in the Philippines and was designed and constructed at the Cavite State University main campus in the late 1990s. In the course of the evaluation of its performance, it was subjected to necessary adjustments in order to make it an effective working model. Difficulties were encountered in the replication of the same model and the transfer of the technology in the absence of highly specialized skills for that purpose. It was at this point that CvSU designed a simple model which was adapted to Filipino masonry skills, easy to construct and readily operational.

Factors to Consider in Installing a Biogas Digester

Before installing a biogas digester unit, consider the following
factors:

• A biogas plant should not be located further than 5 meters from the source of slurry.

• The digester chamber must be in an open area and should not be near any water source or natural water as
animal excrement may seep into underground water.

• The plant should also be situated on a slope and not on a lowland to avoid floods.

• The excess manure from the expansion chamber should flow into the farmer‘s field or the storage tank and
not into natural water bodies such as rivers to avoid the risk of pollution.

Things to consider in the selection of construction sites:

• It should facilitate easy operations and maintenance activities like the feeding of the plant, the use of
a main gas valve, composing and use of slurry, checking of gas leakage, draining condensed water from pipeline, etc.

• The site should guarantee plant safety.

• To make the plant easier to operate and avoid wastage of raw materials, especially the dung/swine manure, the plant must be located as close as possible to the cattle shed.

• The site should be elevated slightly higher than its surroundings so that it will not be waterlogged. This also ensures the free flow of slurry from the overflow outlet to the composting pit.

• For effective functioning of bio-digesters, the right temperature (20-35 degrees C) has to be maintained inside the digester. Therefore it is better to avoid locating it in a damp and cool place. A sunny site is preferable.

• To mix dung and water or to flush swine manure to the digester, a considerable quantity of water is required. If the water source is distant, the burden of fetching water becomes greater.

• The well or ground water source should be at least 10 meters away from the biodigester, particularly the slurry pit, to avoid polluting the groundwater.

• The main gas valve, which is fitted just above the gas holder, should be opened and closed before and after the use of biogas. Therefore the plant should be as near to the point of application as possible.

• The site should be a sufficient distance from trees to avoid root damage from the bio-digester.

• The soil type at the site should have enough bearing capacity so that the chances that the structure will sink are minimized.