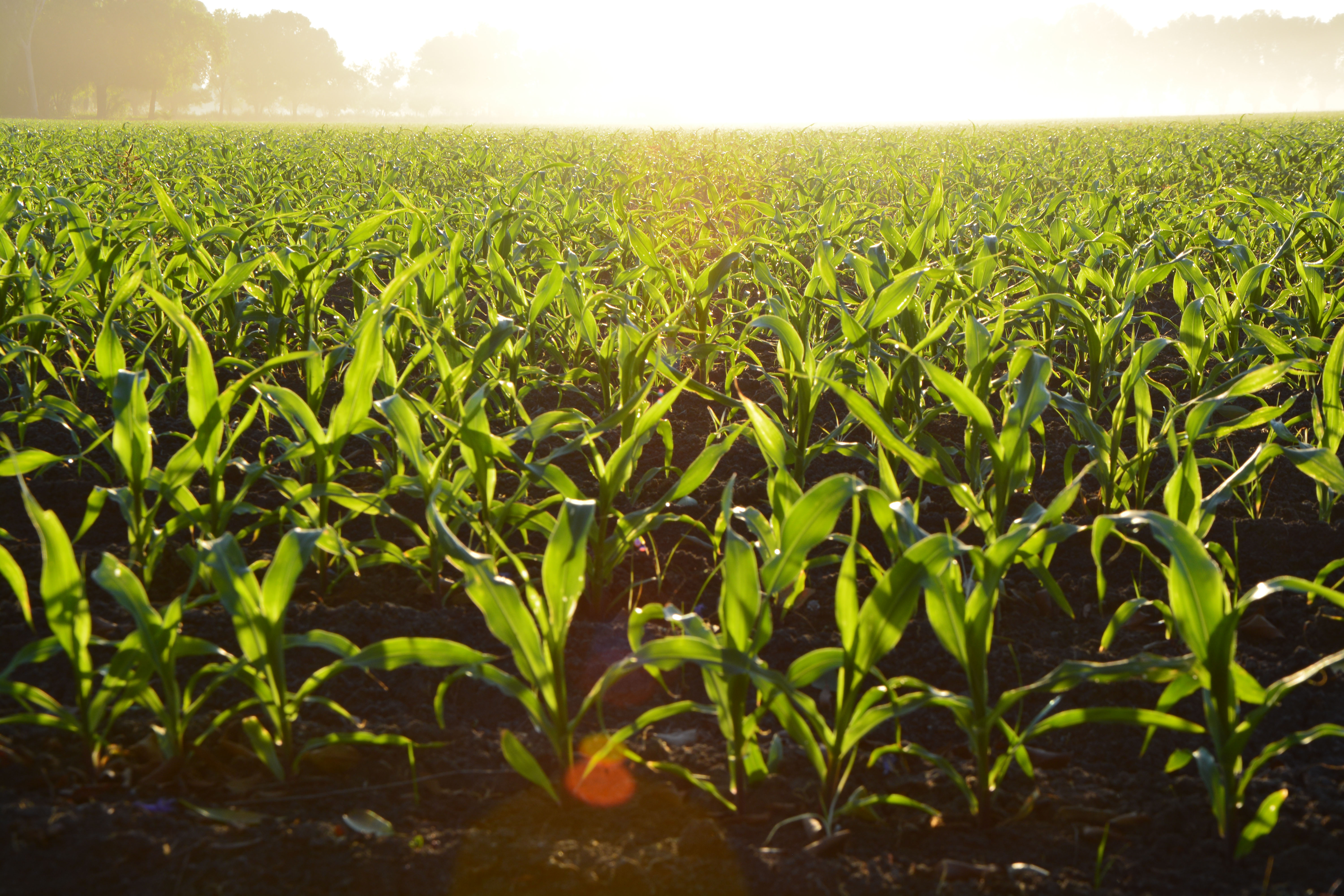 In the Cagayan Valley Region’s (Region 2) Cagayan Province, Eladio Dumayag and Jackson Ruiz of Baggao and Gattaran towns, respectively, enjoy an edge that other biotech corn farmers do not have—because they are farmer-cooperators.

Baggao and Gattaran, Cagayan’s neighboring second- and third-largest municipalities in terms of land area, are the top corn-producing towns of the province, which accounts for nearly 25 percent (and 90-95% of its Bt corn) of Region 2’s total corn output. It ranks next to the top in regional (and national) production, Isabela Province.

As cooperators, aside from preparing their land for planting, Dumayag and Ruiz help tend the standing crops; for this, they and their helpers get paid. In exchange for the use of their land, they get the entire harvest.

Dumayag and Ruiz became MPI cooperators at about the same time in 2009 after being thoroughly evaluated by their corporate partners, which had noted their successes with their corn crops as a result of their conscientiousness and excellent agronomics practices. Highly experienced, both had progressed from growing the native open-pollinated white corn cultivars to the first yellow hybrids introduced by several companies in the 1980s to the first biotech corn varieties.

They attended several seminars and teach-ins at Dekalb Learning Centers in Isabela before becoming cooperators.
Both have become model farmer-leaders in their localities. While normally farmers do not remain cooperators for long so that their partner companies can lend assistance to other farmers, Dumayag of Baggao’s Barangay Centro 6 and Ruiz of Brgy. Capissayan Sur in Gattaran are the exceptions.

Dumayag’s test field has an area of 1.3 hectares (ha) in which the TDD has planted more than 20 varieties. He says the field once even accommodated as many as 41 cultivars. He plants a separate two hectares of his own to the DK 9132 YG2/RRC2 varieties. The test field is just across the municipal road from his home. On the other hand, Ruiz’s test field is a 9,700-square meter lot just across the barangay road from his home. In another site in Capissayan Sur, he also plants DK 9132 YG2/RRC2 in 1.5 ha.

More and more farmers in the two cooperators’ areas are also planting the same varieties because they have seen the yields that Dumayag and Ruiz get from their crops, especially when they attend the harvest festivals held in the two cooperators’ test fields right after the summer crop is brought in. A common characteristic of DK 9132 YG2/RRC2 is that many of its plants bear two ears in a single stalk. Ruiz says that he harvests from 8,000 to 8,500 kilograms per hectare while Dumayag’s highest yield was nearly 9,000 kilos/ha when conditions were very favorable during a planting season.

In addition to the harvests from their fields, Dumayag and Ruiz benefit from the new things they learn, such as the strategy of the refuge crop in a portion of the most recent trials. The Department of Agriculture or DA, through its Memorandum Circular No. 02, Series of 2014, revised the planting of Refuge Crops of non-Bt corn in the country’s Bt corn areas by requiring all Bt corn seed marketing companies in the country to mix 5% in the seed bag for stacked-trait cultivars, or for single-trait varieties include 10% of properly-labelled non-Bt corn seeds in a white bag inside the larger bag containing the seeds that they sell.

All Bt corn growers will thus have either a main 95% Bt and 5% non-Bt field or a block of 10% non-Bt corn with 90% Bt in their fields. The companies that fail to comply with the directive face the revocation of the permit issued for their Bt corn line, and the seizure and destruction of non-compliant seed bags in accordance with the Plant Quarantine Law.

The reason for the Refuge Strategy of Insect Resistance Management (IRM) is to prevent the ACB and the European Corn Borer, the species of the pest attacking corn in Europe, North and South America, and Africa, from developing immunity to the Bt protein in the genetically-modified corn.

Regulatory agencies in the Bt corn-producing countries thus introduced planting systems in which farmers grow the mixed Bt and non-Bt crop or surrounded by refuges or blocks of 10% non-Bt corn. In the event that any borers in the Bt cornfields develop resistance to the Bt protein, they are likely to mate with non-resistant moths from the conventional corn, and these will not pass on resistance to their future generations.

Dumayag and Ruiz help MPI to explain to other farmers the need for refuge in their fields. The DA requires the Bt corn seed marketing companies to hold seminars, training sessions and other IRM awareness and educational activities for farmers and other corn industry stakeholders, provide IRM materials and technical bulletins for their Bt products, and instruct farmers on monitoring and reporting damage control failure.

The Technology Behind Their Advantage

Dumayag and Ruiz are farmer-cooperators of the Technology Development Department (TDD) of Monsanto Philippines Inc. (MPI), whose parent company, the Monsanto Company of the United States, is the world leader in agricultural biotechnology research and development.

The Philippines is the only Bt corn-producing country in Asia at present, with five firms marketing Bt corn seed. Two of those companies, Monsanto and Syngenta AG of Switzerland, are the developers of the technology that’s the fastest that has been adopted for crops in the history of modern agriculture.

The first Bt corn line to receive its five-year bio-safety permit and approval for commercialization from the DA was Monsanto’s MON 810 in 2002 after nearly six years of trials and safety evaluation. The DA renewed the permit of MON810 in 2007.

Among the first varieties that MPI introduced to farmers in corngrowing areas throughout the country were DK 818 RRC2/YG, DK 838 RRC2/YG, and DK 9132 RRC2/YG. DK stands for Dekalb, the leading corn brand in the Philippines. For almost 100 years, many farmers have been said to associate it with outstanding yield potential.

From 2005 to 2008, those three cultivars registered yield increments of more than 80 percent over conventional hybrid varieties in the adoptors’ farms. The added yield translated to an average of 15 60-kilogram cavans of corn per hectare. Adopted by Filipino farmers beginning in 2003 to 2005, the Bt corn technology helped enable the Philippine corn industry to achieve outstanding growth from those years on.

Among the newer Dekalb varieties are DK 5885 YG2/RRC2 and DK 9132 YG2/RRC2. YG2 means that these cultivar are second-generation YieldGard corn with outstanding resistance to the Asian Corn Borer (ACB), the most destructive pest of corn, and good control against Corn Earworm and the common Cutworm.

RRC2 on the other hand, stands for Roundup Ready Corn, which provides simple and affordable weed control with the herbicide that kills weeds but not the biotech corn. Through its Bureau of Plant Industry (BPI) and Regional Crop Protection Centers (RCPC), the DA conducts post-approval monitoring of the Bt corn plantings, which is in about 800,000 ha countrywide today.

The socio-economic benefits that Bt corn brings to some 400,000 Filipino farm families and their communities are tremendous. According to the International Service for the Acquisition of Agri-biotech Applications, Filipino corn farmers have come to exemplify the improved lives of biotech crop growers in Asia, affirming the technology developers’ primary objective in offering their products to world agriculture.

The TDD is the MPI unit that is the closest to and most conscious in adhering to that goal. It’s the TDD that works with the BPI and RCPCs in monitoring the Bt corn plantings throughout the country during the five-year interval between the first approval for the bio-safety and commercialization permit and its subsequent renewal.

The bulk of TDD’s responsibility, however, is in field-testing new lines for commercial advancement and in constantly, closely watching how the existing ones are doing in terms of yield, adaptability to specific areas and conditions, susceptibility to pests and diseases, and how these are performing compared to competitors’ varieties.

In its trials, the TDD deals with what it calls its three pillars: hybrids, traits and agronomics. It looks closely at promising hybrids in the pipeline, the Monsanto lines’ traits, and farmers’ cropping practices and other agronomic criteria. To be able to have as wide a view as possible, the Department tests different varieties, including those of the other companies, in various locations, side by side in farmer-cooperators’ fields.

MPI’s TDD has a team of three corn technologists in Luzon. The team conducts up to 70 trials in farmer-cooperators’ fields every cropping season of six months. A technologist goes to two to three trial sites in one day five days a week. A site requires four to five visits in the season.

Each visit requires rigorous, meticulous work involving not just data gathering but also interacting with the cooperator, his helpers, and neighbors interested in what’s going on. Depending on the stage of crop culture, the duration of the specialist’s on-site stay ranges from two hours to three days, from what the TDD calls grounding (laying out the trial sections and sowing seeds after the cooperator has prepared the land) to harvesting. Grounding, which a technologist undertakes with the help of hired workers, takes two to
three days while harvesting takes three. Each site is usually at least one hectare in area.