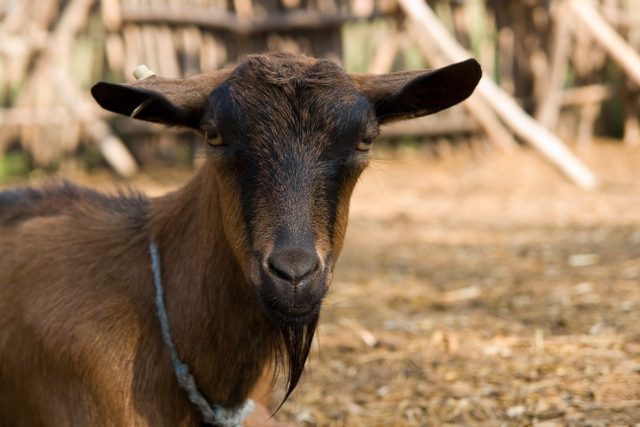 When the potential of goats for livelihood and other purposes caught the attention of the government and the private sector, the generic focus on the animal was as farmers’ source of income, food, and livelihood. It has even become an option in the current administration’s target for inclusive growth.

Almost all these indicators were met through the various interventions which composed the integrated goat management approach.

Likewise, technology transfer modalities such as Farmer Livestock School for Integrated Goat Management, e-learning courses, the S&T-based strategies demonstrated in the farms of progressive Magsasaka Siyentistas, the modality on rural-based enterprise, and the various information, education, and communication materials were developed to fast-track the transfer of knowledge and technology to the countryside.

However, there are still some gaps and loose ends that need tying down. Foremost is the grounding of business enterprises, testing of the various feed resource strata, testing the rolling out of artificial insemination through the identified delivery systems, the development of various food products and byproducts from goat, the completion of ethnobotanical dewormer, and the testing of the halal practices and standards that are acceptable to the Muslims or the certifying bodies.

It is expected that through the aforementioned initiatives, slaughter goat production will be more defined in terms of profitability through the various interventions which have generated or developed tools, innovations, and products, and generated knowledge and modalities for implementation.

Having described the past and the current initiatives regarding goats, the recent clamor of goat raisers to pursue development of the “udder side” of the species was heeded by the research community. No less than Department of Science and Technology (DOST) Secretary Mario G. Montejo has seen the potential of goats as a gold mine insofar as milk production is concerned.

The two officials have agreed that tapping goats as source of milk forms part of the innovative vision of making the country a “science nation.” After all, thinking about goat beyond being an ingredient for Filipino dishes such as kalderata and papaitan, and pursuing science initiatives in dairy goat production, requires some degree of sophistication considering the peculiar requirements for dairy animals to be able to produce the desired amount of milk for a given lactation period while maintaining its quality and wholesomeness.

Beyond consumption, some doctors and goat raisers claim that goat’s milk is the closest to human milk. Thus, it has a wide variety of health benefits. Goat milk has smaller, well-emulsified fat globules without agglutinin protein, and hence approximately 16% of the country’s population. Goat milk has no protein allergen (alpha-s-1-casein) which constitutes 80% of cow’s milk, and is thus non-allergenic to young children.

Furthermore, goat milk has higher levels of amino acids and a significant proportion of medium chain triglycerides, recognized as being highly beneficial for a number of health issues. It also has a higher amount of vitamins and minerals with greater bioavailability.

In the cosmetic industry, goat milk is the new trend. It has naturally occurring alphahydroxyacids, which are good skin exfoliants. It is also high in capric, caprylic, and caapronic acids, which make it a good moisturizer with good fats (the medium chain fatty acids) that help keep the skin’s oil in balance.

As a source of livelihood, Dr. Emilio M. Cruz of the Central Luzon State University (CLSU) mentioned that goat dairying gives farmers opportunity to make money from the dairy milk collected from the animals or the sale of animals, either for breeding or slaughter. In his estimates, for an initial capital outlay of R40,000, a dairy goat farmer can buy 3 breeder goats and earn Php223,440 for seven lactations in 5 years. A farmer investing in either cattle or carabao can only buy one animal for the same amount and earn less than Php200,000 for the same period. If one goat dies, the farmer can still earn an income with the remaining two animals; on the other hand, if a farmer loses a head of cattle or carabao, all the investment made in the animal is lost.

The program and the actors Having described the nutritional and economic potentials of the products from ‘the udder’, the DOST through PCAARRD has embarked on a program through its network of implementers called the National Dairy Goat Science and Technology Program, led by the CLSU. The three-year program was formally launched during the recent signing of the Memoranda of Agreement among the implementers at Luxent Hotel in Quezon City.

Other implementers include Isabela State University, the University of the Philippines in Mindanao, and the Department of Agriculture Regional Field Office-8.

The program has four project components which will address pressing issues of the emerging industry. Projects 1 and 2 will involve performance evaluation of dairy goats in the country. The result of the evaluation will lead to the selection and infusion of good breeds across the country through artificial insemination and buck loans.

An herd buildup of at least 58% is expected with this intervention. These projects include a supply chain study for dairy goat. For Project 3, the nutritional value of Indigofera, as combined with other feed resources, will be further explored as it is believed to have a very significant contribution to the volume and quality of goat’s milk produced in some progressive farms.

On animal health, addressing the recurrent problems of mastitis, which is common among dairy animals, is considered urgent. Thus, to abate the increasing incidence of subclinical mastitis, a program on its control will be implemented, with particular emphasis on developing a rapid field diagnostic kit.

Generally, the teamup of these experts in one collaborative program signifies a promising opportunity for goat raisers, driving them to explore the “udder side” of this animal. The optimistic claim of Sec. Montejo, one of the leaders of S&T innovations in the country, is that these initiatives could make the Philippines a “land of milk” in two years’ time. It is anticipated that following the program’s favorable results, every “Juan” can enjoy the heavenly taste of goat’s milk with the delectable flavor of S&T.

This appeared as ‘The “Udder Side” of Goats’ in Agriculture Magazine’s December 2014 issue.