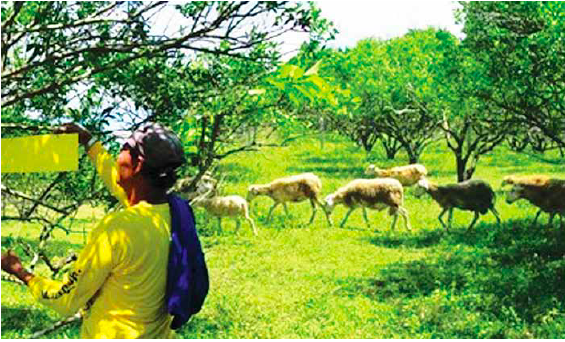 The mission of a research and development (R&D) facility of the Department of Agriculture (DA) in the northern part of Cagayan Province in Region 2 is to assist and empower the area’s rice and citrus growers in attaining profitable and sustainable production.

Established by a Presidential Proclamation in 1960 as the Abulug Experiment Station of the DA’s Bureau of Plant Industry (BPI), the facility underwent several name changes before its last designation as the Department’s Northern Cagayan Experiment Station (NCES) of the strengthened DA regional R&D network for Cagayan Valley.

Located in Sitio Maquire, Barangay Lucban in Abulug, one of northwestern Cagayan’s six coastal towns, the Station has a total area of 51.25 hectares, 15 hectares of which it devotes to the production of foundation, registered, and certified rice seeds—its primary task.

The infrastructure supporting that function includes an irrigation system supplied by a windmill, a deep well pump, a 7-unit electric water pump, and water tanks. Mechanized equipment includes a heavy tractor, a mid-sized one, hand tractors, a combine harvester, a thresher, a recirculating palay dryer, a multi-pass rice mill, and a seed bagger.

There are seed processing and storage buildings as well. The Station produces 1,000 40-kilogram bags of seed per cropping season. “We produce foundation seeds of the PSB Rc18 and Rc82, and NSIC Rc282 varieties in more than four hectares,” says NCES officer-in-charge Marilou Agaid, Ph.D. “In the rest of our rice production area, we grow two NSIC cultivars for registered seed, and four of the GSR and the Calatrava, Dinorado, Bongkitan, and Pinilisa varieties for certified seed.”

For citrus and other fruit trees, NCES has a five-hectare orchard and its 24-hectare Foundation Grove from which it sources scions for the asexual propagation of planting materials of pomelo and Mandarin oranges like Szinkom, Ladu, and Szibat that it disperses to farmers as part of the Regional Office’s High-Value Crops Development Program (HVCDP).

The Station’s pomelos are the Amoy Mantan from China and the Sweet Siamese from Thailand, with the latter variety the “star” of NCES because its 32-year-old Sweet Siamese tree is the only certified disease-free mother plant registered in the country with the BPI as Siamese Abulug Pomelo under Registry No. NSIC 2008 Pm 04. The tree is thus the source of scions that the Station’s propagators use in budding calamandarin rootstocks.

It’s a happy coincidence that the NCES is in Abulug’s Lucban barangay and a pomelo is its primary citrus variety because the popular fruit has a long shelf life that allows it to be transported to distant places in the country is commonly known to Filipinos as ‘suha’ and ‘lukban’.

The “star” of the Northern Cagayan Experiment Station is the Sweet
Siamese Pomelo from Thailand which is registered as Siamese Abulug pomelo.

The Abulug Siamese Pomelo attained popularity after extensive evaluation and characterization was done by Celerina Miranda, the regional coordinator for citrus who became station chief in
1996. Now holding the rank of Agricultural Center chief III, Miranda and her assistant project leader, Beatriz Viernes—now the NCES’ HVCDP focal person—firmed up the variety’s adaptability to lowland culture, its sweetness of 10.9 percent Brix, and other outstanding characteristics.

The tree grows from five to 15 meters in height and has low spreading branches with a canopy size ranging from five to nine meters. Each 10-year-old drooping dwarf tree can bear as many as 300 oblate- to broad-ovoid fruits that have been characterized as “acidless” and are often still green in color even when fully ripe. Compared to other pomelos, it doesn’t look very attractive unpeeled.

Used in many citrus development programs abroad, the Sweet Siamese is one of the parents of Chandler pomelo developed by the University of California at Riverside in the United States. It
is the most widely grown pomelo variety in that country. Shield budding is the standard propagation method used for Abulug Siamese Pomelo at the NCES on calamandarin rootstocks. Calamandarin is a hybrid of the calamondin (Citrofortunella microcarpa), our ubiquitous calamansi, and Mandarin (Citrus reticulata).

DA Region 2 researchers say the planting of citrus trees, particularly pomelo, calamansi, and Mandarin oranges, is highly suitable to Cagayan Valley’s type of soil and climate. There are numerous advantages to cultivating citrus. It’s rich in vitamin C and calcium, and possesses good eating qualities when consumed either fresh or processed into juices. Citrus is also used in the preparation of candies and marmalades and as food additives for flavoring, coloring, and perfume. Many agrientrepreneurs now engage in the cultivation of pomelo because of its economic, nutritional, and medicinal benefits. It’s also the hardiest citrus tree.

Another crop that is fast regaining its popularity in Cagayan is cacao, the source of chocolate. About five decades ago, many small-scale processors in the province bought cacao beans from farmers with several trees and marketed their homemade product as chocolate balls ready for use in cooking champorado or in preparing the beverage.

“We have so far dispersed more than 40,000 cacao seedlings to planters in the province, mostly to growers’ cooperatives and farmers’ associations,” says Agaid. “We’re adding to the number of cacao trees in our Foundation Grove to be able to cope with the growing demand for seedlings. The variety we are propagating is ICS-40, which we multiply only through the sexual method.”

To promote farm integration, the NCES has a demonstration module for raising sheep in citrus orchards. Sheep raising is fast becoming a highly viable livestock production venture because mutton is slowly but surely becoming the next popular meat after chevon, whose popularity is steadily rising, especially in Cagayan Valley. Compared to goats, sheep are more docile and easier to tend, and are more lovable animals, even with children, because of their gentle nature. They’re also more resistant to parasites and diseases than goats.

NCES also maintains a native ‘itik’ (duck) flock to show rice farmers how these birds can rid ricefields of weeds, snails, and other pests, as well as augment farm income and provide their families with meat for their table. An effective practice demonstrated by the Station’s rice planters is releasing the ducks in a prepared field to control the golden snail pest before the transplanting of seedlings in a rice-duck integrated farming system. Many farmers in other parts of the country are reaping the benefits of such a system.

The Station’s R&D programs include the technology commercialization of organically grown traditional rice varieties, the use of hagonoy (Chromolaena Odorata) as source of macro- and micronutrients for lowland paddies in Region 2, and organic dragon fruit production. NCES has more than 500 of the red and white-fleshed varieties of dragon fruit plants at its site. It supplies planting materials of these varieties to farmers and hobbyists. Numerous front yards throughout the province now have the climbing cactus plants growing among ornamentals.

NCES also tests various vegetable varieties for their adaptability and economic viability as income generators for northern Cagayan’s small farm families. The Station maintains several net houses and rain shelters that serve as nurseries for the vegetable seedlings and plants. It also has facilities for conducting training courses for farmers and agriculture students.

This Farmer Finds Hope in a Cassava Digger