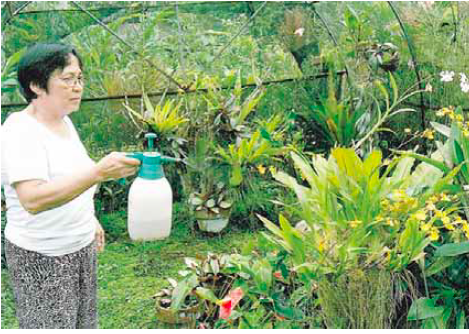 Breeding this amazing insect can spell money for the enterprising farmer.

In Agriculture Magazine’s February 2003 issue, the author of an article titled “Fly Larvae
Can Be A Moneymaker” enumerated the benefits of rearing black soldier fly (Hermetia illucens) larvae and even made mention of the “amazing potential of biologically handling waste” which he had tried and which worked so well that “it was almost too good to be true.”

Over a decade since the publication of the article, fly larvae—not only that of the black soldier fly (BSF) but also of the common fly and blowfly—are indeed moneymakers. BSF larvae, however, are preferred as they are not as much of a nuisance as the other two.

Agriprotein and Enviroflight are two multi-million dollar US companies that are already in the business of mass production of fly larvae as a crude protein source, maggot meal, and fishmeal for fish feeds at a lesser cost. There are other companies that are studying the potential of using BSF larvae in pharmaceuticals.

Ramon C. Ebona, a retiree now residing in Brgy. Sta. Cruz, Talisay, Camarines Norte, has been breeding BSF for more than a year and shares the following ideas on it; these are gathered from what he has read on the Internet and learned from his own experience:

• BSF larvae is available in almost every pile of decaying garbage, yet one seldom sees an adult fly;

• The approximate life cycle of BSF from pupation (eclosion): mating occurs in two days and oviposition (egg laying) follows after another two days, then the adult flies eventually die. The lifespan of the adult fly is about 5 to 8 days, which may be the reason why they are seldom seen. Eggs hatch in 100 hours, and Ebona says they can hatch earlier, as he observed some hatchlings already visible in two and a half days.

The newly hatched larvae eat continuously and cease only when they reach their prepupae stage, when they begin to crawl (it is said that they can crawl a total of 100 meters) to find a dry and dark place where they eclose (emerge as adults from the pupa). Some eclose early at eight days; others take longer to do  so, even up to a month, to emerge as adult flies, then they repeat the cycle.

• BSF larvae are fast composters; they can compost about five kilograms of waste per square meter of composting area per day with sufficient larval density. They can compost organic market garbage even before it rots, thereby averting the generation of greenhouse gases; thus BSF larvae help mitigate climate change.

• BSF larvae can reduce organic garbage to up to 5% of its original state, depending on the kind of garbage.

• With bioc onversion, 20% of the weight of food waste can be converted to freshBSF larvae.

• Leachate, the liquid byproduct  of BSF larvae composting, can be used as foliar fertilizer. (Ebona’s wife observed healthier orchids after a twice a week spraying ofleachate diluted about 50 times.)

A three kilogram harvest of BSF prepupae for the ducks.

• Residual compost, or what remains after BSF larvae and leach ate are harvested, can be air-dried and used as organic fertilizer or soil amendment.

• Dried BSF larvae contain 42% crude protein and 37% fat, and are a protein source comparable to soy and fishmeal at a lower cost.

Ebona shares how he does his BSF breeding:

a) From the composting bin, the prepupae that have self-harvested in the collectioncanal  are gathered every three days and put in a container (usually a plastic gallon-size mayonnaise container or mineral water container with rice hull, covered with net that has a mesh size that won’t let flies through; a mosquito net will suffice) secured by a rubber band;

b) As some of the prepupae begin to eclose, they are transferred to a 3” deep tray and placed inside the breeding house where they are allowed to become adult flies and live out their lifespans: mate, lay eggs, then die.

c) The breeding house has containers like those of the prepupae with moist dog food at the bottom as attractant and egglaying inducer; carton strips are hung inside the container to serve as egg traps.

d) The egg traps are inspected daily for eggs. All carton strips with eggs are gathered together and hung again in a similar container that will now serve as a hatchery and nursery; the moist dog food serves as ready food for hatchlings as they drop from the egg trap.

e) A finer net is used to cover the hatchery/nursery container to prevent hatchlings that can pass through the wide mesh net from crawling out.

f) Week-old larvae are then introduced to their main course—fruit and vegetable scraps. They gorge on these until they again reach their prepupae stage and continue the cycle, if they are not used for fattening chickens or found by predators such as frogs, birds, lizards, and even ants as they pupate.

Ebona declares that BSF farming is like hitting three birds with one stone: it helps clean the environment, mitigate climate change, and create opportunities for establishing a sustainable organic food chain.

This appeared without a byline in Agriculture Monthly’s January 2015 issue.