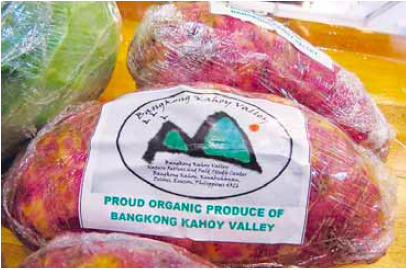 The mushroom industry was developed in Bangkong Kahoy three years ago to create a continuous and sustainable livelihood program for the local communities.

By Sandy and Doc Rey

Residents of Sitio Bangkong Kahoy, Barangays Kinabuhayan and Sta. Lucia (Sitio Nangkaan) in Dolores, Quezon are compelled to forage for their daily living from the forest due to poverty and lack of livelihood opportunities being offered to them. Aside from growing vegetable crops and working as seasonal wage workers, residents from these villages rely mostly on forest products such as timber, wood stakes for trellis, wild plants, wildflowers, vines, rattan, birds, animals, and various other products, which they sell in order to augment their families’ meager incomes.

Although people are aware of the negative consequences of forest destruction that will result from continuing these activities, they have no choice but to live their lives in their customary ways. One of the most devastating forest activities they currently undertake is the gathering of 3- to 4-year-old forest saplings to be used as plantation stakes, locally known as “panulos.” These stakes are harvested from the forest to be used as posts for plants like string beans, ampalaya, cucumber, and other climbing plants.

These stakes are harvested as they are straight and can easily be sold to other farmers for a meager amount: about Php5 each. Farmers farming a half-hectare block of land with a 5-meter gap between stakes will need at least 1,000 of these stakes to cover the needs of their farms. There are approximately 300 farmers in these 3 areas. This translates to: 300 farmers x 1,000 stakes = 300,000 three-to-four-year-old forest trees, gone in one season alone. If this practice is not stopped soonest, this will be a death knell for the forest.

Dion Pullan (left) is in his best element when talking about preserving the
environment.

Bangkong Kahoy Valley Nature Retreat and Field Study Centre promotes biodiversity conservation. Its main advocacy is to help the fragile environment. It also aims to educate people on the importance of the protection of Mounts Banahaw and San Cristobal for future generations.

The mushroom industry was developed in Bangkong Kahoy 3 years ago to create a continuous and sustainable livelihood program for the local communities. They started with Volvariella volvacea or straw mushroom, a variety that was suggested to them for culture by a con man who presented himself as an “experienced” mushroom grower. They failed miserably at it and were forced to cease operations after only 6 months. They did not give up, and instead restarted the project after careful study.

Oyster mushroom was the new variety used, and another consultant was hired. They put up three growing houses. Dion Pullan, an environmentalist who owns Bangkong Kahoy Valley agritourism center, was on the verge of success—then another setback occurred when they were struck by typhoon Yolanda. They lost more than half of the fruiting bags that were yielding about 60-70 kilos daily.

After Christmas of 2013, Bangkong Kahoy continued with the project, convinced that they were on the right path. Again, they made good harvests of about 50-60 kilos daily—until disaster struck yet again. An insect infestation became a problem, and if that weren’t enough, typhoon Glenda, the strongest typhoon ever to hit the Quezon area, decimated their infrastructure, the forest, and everything else.

Giving up was not an option, so Dion decided to build rigid mushroom houses afterwards. They now have four houses made out of concrete. They hope these houses will last at least 30 years. With what they have put up, money will be generated to build more houses, and they foresee that 20 mushroom houses can possibly be established in 3 years’ time. If this happens, Bangkong Kahoy will be able to hire at least 200 farmers and expand the employment opportunities offered by the industry. This will mean that there will be a lot less people relying on the forest’s riches.

We first went to Bangkong Kahoy in 2013 to look into the wild raspberries, called ‘sampinit’ in the Quezon area. The mystical air that the valley has puts you in a quiet trance and you will realize why people gravitate there and why the area has great potential for agri-tourism.

Dion became active with Spread Organic Agriculture in the Philippines (SOAP) and networked with other members. There, Dion met Chef Ronnie Guance of Bacolod, who is into product development for organic food processing.

Last year, Chef Ronnie fell ill and Dion invited him to fly from Bacolod and be his guest in Bangkong Kahoy so he can rest and energize. The invitation was happily accepted as the chef knew he needed a change of pace and environment.

Of course, they did the things they love to do, and Chef Ronnie saw the abundant harvest of mushrooms. He developed products to make sure that nothing went to waste and the farmers got a good income from their produce. Next thing we saw in the monthly Organic Agripreneur Market was kilawin and pickles made from mushrooms!

Laid on the plates for taste testing, the products were not appealing to the eyes. Once prodded to take a bite, we found they were heavenly! I immediately loved the pickles. Next, the kilawin. I had to take a second taste to appreciate it. Close your eyes and you’ll think you just had kilawin talaba. It had that soft, slimy, crunchy texture.

What really got me going was how Chef Ronnie explained how flexible the kilawin can be as a base for a variety of options:

1) Drain the vinegar a bit. Saute some garlic. Add some soy sauce and bay leaf. Simmer, then add the kilawin mushroom to make adobo.

2) Slice some tomatoes and onions. Add to the kilawin. Season with salt.

3) Add some chopped nuts and honey to the kilawin for a wonderful side dish.

4) Thinly slice some radish. Add to the kilawin and season with fish paste (bagoong). You can even make sisig, and the possibilities multiply with this good base.

Ashitaba plants being sold for Php150.

Bangkong Kahoy Valley is blessed with clean air, the cleanest water, a great environment (including wonderful buffer zones), and high humidity that gives the greatest chance of success in growing the best oyster mushroom ever. Dion calls it MGH: Mushroom Growers Haven.

Let’s help the environment and the farmers working for it. Support them!