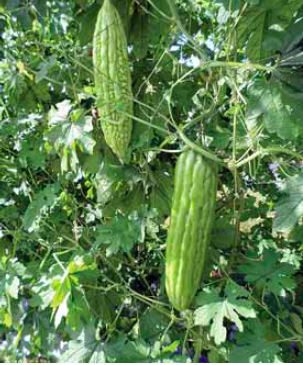 Agriculture Monthly’s Edito-in-Chief Zac Sarian chats with a city boy who was inspired by a visit to Mr. Sarian’s farm.

Three years ago, Jay visited us in our farm for some advice on farming. He was born in Manila Chinatown and had first worked in the family’s textile store and later, in their hardware store. The business was financially rewarding but in Jay’s own words, the
daily routine was simply boring.

On January 29, 2015, Jay, now 50, visited us in our office. And what did he report? The piece of advice we gave him, he said, was the best ever advice he had received in his life. He is now growing vegetables on a 2.9-hectare rented farm in Cavite and he is enjoying every minute of it.

One profitable crop he planted is DMax tomato from East-West Seed. From September 8-12, 2014, he planted 14,800 Farm Ready seedlings he bought at Php2.04 per seedling. Exactly two months later, on November 8, he picked his first harvest of 33 kilos, which he sold at the Kadiwa Market in Dasmarinas, Cavite. The bigger fruits fetched Php30 per kilo.

Tomato has been a profitable crop for Jay in the last season.

Jay harvested every three or four days. The second harvest totaled 205 kilos, which brought in Php5,730. The harvest increased significantly from there on. On the third harvest, the workers picked 709 kilos worth Php21,000. Again, the fruits’ big size fetched Php30 per kilo.

Pangsigang pepper is a profitable crop to grow, especially during the off-season.

The harvest on Nov. 22 was 1,105 kilos. By this time, the price had gone down a bit to
Php26 per kilo. Then all of a sudden, the price plunged to Php14 per kilo by November 25. By
the last and final harvest on January 29, the price had plummeted to R10 per kilo. As a
whole, however, that particular tomato crop was profitable. Ampalaya was planted in the same spot before the final harvest was made. The total harvest from this tomato crop was
20,091 kilos. This means that each plant yielded an average of 1.35 kilos.

By the way, Jay did not buy his own farm because farmland is too expensive now. What he did was to look around for land to rent. He was fortunate enough to locate land for rent within the compound of a religious group’s seminary in Cavite at the rate of Php20,000 per hectare per year. The term is for four years but this is renewable. He said that the officials of the seminary are very reasonable to deal with.

Sweet pepper sells for a high price, especially during the lean season.

It does not mean, however, that farming for Jay has always been smooth sailing. There were birth pains during the first year. At first, he got the wrong farm workers, who were all men. The first farm workers’ leader had made the farm house a “virtual motel.” Many of the workers spent the nights in beer houses so they could not work properly during the daytime. This problem has been solved, however, by recruiting two “Manangs” or responsible women to join the work force of ten.

Jay prefers to buy ready-to-plant vegetable seedlings rather than to
germinate seeds.

Jay also plants ampalaya, sweet pepper, hot pepper, and eggplant. He says he does not have any problem marketing his harvests. Two regular buyers from the Kadiwa Market buy all
his harvest. To get a better price, he texts each of the two dealers asking what’s the price on a particular day. The one who quotes the higher price gets the deal.