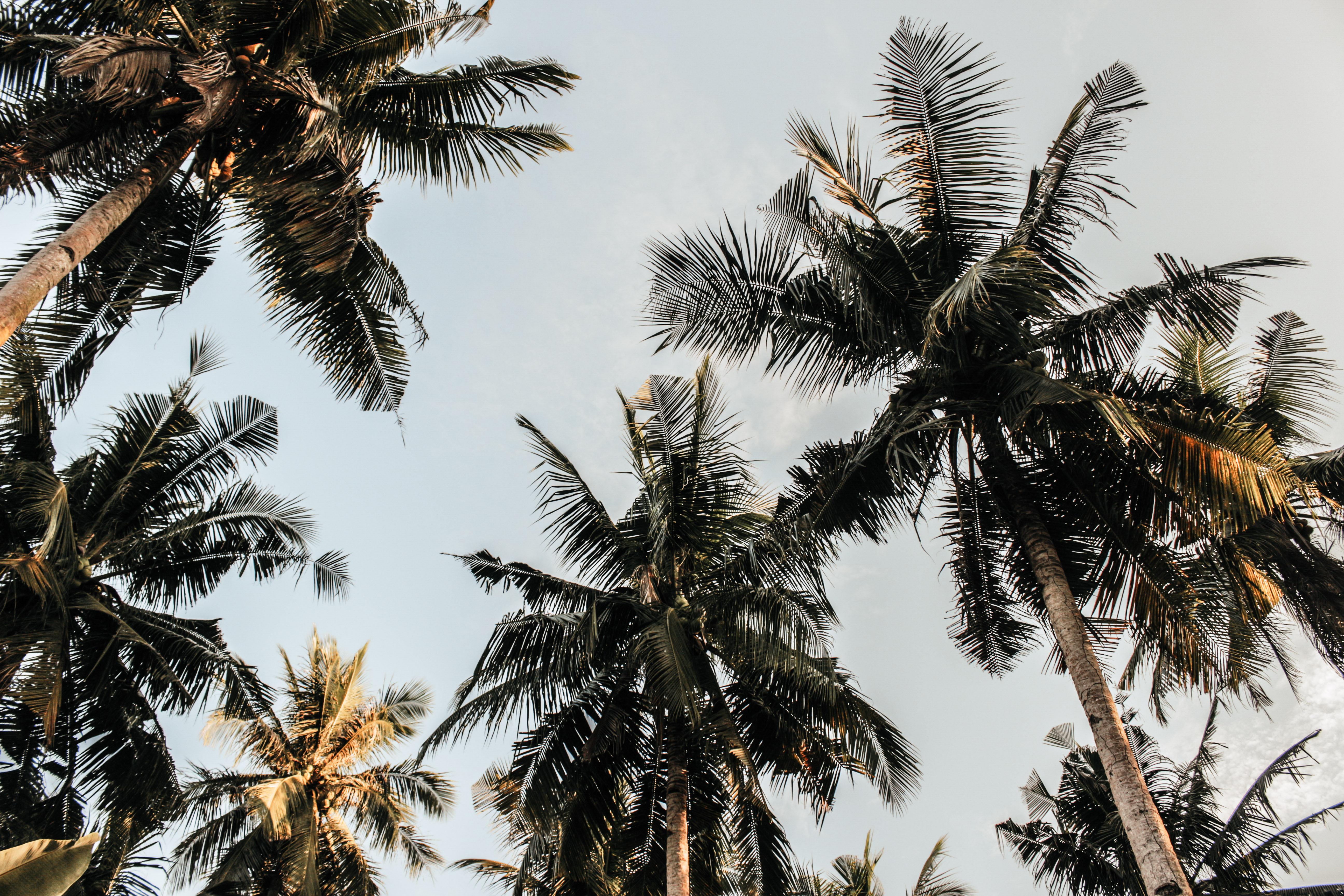 The prevailing impression is that coconut farmers are the poorest farmers in the country. But that should not be so, if only the practical ideas of the speakers at the recent National Coconut Investment Summit are adopted.

The summit was held at the Asian Institute of Management in Makati last February 26. It is really true that most coconut farmers are living a hand-to-mouth existence because they rely too much on the nuts they harvest for making copra. Farmers should be taught to look beyond copra making, according to the speakers at the summit.

One of the speakers who shared his experience was Mayor Leonardo Javier of Javier town in Leyte. He is the fellow who put up Andok’s Lechon Manok, which has become a nationwide chain of roast chicken.

Javier town was one of the hardest-hit coconut-growing towns in Leyte by Super Typhoon Yolanda. Many of the tops of the trees were blown off by the strong winds.

Mayor Javier thinks, however, that Typhoon Yolanda was a blessing in disguise for the farmers in Javier town. The destruction was the perfect occasion for Mayor Javier to tell his people not to look up to the bunches of coconuts above; rather, he told his constituents that the wealth of their coconut plantations can be found down below.

What he did was to invite vegetable growing experts from seed companies to train the farmers on improved vegetable production, using the latest varieties and other technologies.

They cultivated the spaces between the coconut trees so they could plant high-value vegetables like tomatoes, eggplant, process, the land was enriched because of the inputs of organic fertilizers. This did not only improve the harvest of the vegetables but also the yield of the coconuts.

Today, Mayor Javier said, it is not uncommon for farmers in Javier to be selling Php5,000 to Php15,000 worth of their harvests every week.

Aside from growing vegetables, the women were also trained to process various products from coconut like virgin coconut oil (VCO), syrup, vinegar, vino de
coco or wine, and even tufted carpets.

Maximo Robles Jr., general manager of the KAAGAP Multi-Purpose Cooperative from San Francisco, Agusan del Sur, had another inspiring story to tell at the summit. Robles and his co-op members proved that even with very small starting capital, one’s enterprise can grow big and profitable if one is industrious and well focused.

He said that they started their cooperative in 2002 with just 16 members and capital of just Php8,500. Through their industry, their co-op now has assets in the millions of pesos and 542 members. At first, they started on hog raising as their project. But soon they decided to shift their activities to the processing of coconut products. These include coco coir, vinegar, virgin coconut oil, and coco syrup.

The co-op’s main product is geonet. This is made of coconut fiber that is made into rope and then woven into geonet which is used in erosion control and to stabilize the soil. The co-op produces 500 rolls of geonet worth R1.5 million a year. The geonet is one meter wide and 50 meters long. One roll is sold at Php3,000, mostly to the Department of Public Works and Highways and other customers.

Ben Lao had another story to tell. He related how he and the farmers in Bansalan, Davao del Sur, have converted marginal grasslands into productive land. He is the president and CEO of Lao Integrated Farms, Inc. Adopting the organic farming technique in underutilized rocky and grassland areas, Ben Lao, a Magsasakang Siyentista, employed science-based technology to transform once unproductive land in Bansalan.

The main crop is coconut and the major product is coconut sugar. To increase the production of sap for coco sugar production, Lao encouraged neighboring farmers to apply vermicast and salt to their coconut trees. The result was increased production of coconut sap, from four to six liters of sap per tree a day.

Because of the excellent result of his intervention, he was motivated to mentor the neighboring farmers to adopt his technique. This led to bigger volumes of sap for commercial coco sugar production. The next step was to produce quality coco sugar so that it would meet export quality standards. Lao worked on the certification of his coco sugar and enhanced packaging. He also intensified the promotion of coco sugar (and other products of his group) locally and abroad through his website, trade missions, and trade expos.

Lao related that he started with just three coco sap gatherers. Today, there are 132 gatherers, which means that he has created new jobs for his fellow farmers in Bansalan. He said that when one coconut tree is used for the production of coco sugar, the profit is almost three times compared to when the tree is used for making copra. One coconut tree can produce 25 nuts in a period of three months. Usually, 5 nuts make one kilo of copra. If the copra is sold at Php35 per kilo, the gross sales amounts to Php175. Deduct the expenses amounting to Php80, and you get a net income of R95 from one tree.

On the other hand, you can rent a tree for three months at Php90. The net income from each tree is Php270 if you tap it for toddy and make that into coco sugar. It makes more sense to produce coco sugar instead of copra.

VCO Gone to the Dogs

Yes, really. Virgin coconut oil (VCO) has gone to the dogs. But that is good news to the producers and exporters of the healthful coconut product. At the recent national investment summit, Rico Numano, president of U-Ene Philippines, said that one promising market for VCO in Japan is the pet market, particularly dogs.

Numano’s company buys VCO from the Philippines for shipment to Tokyo. Aside from being healthful for the dogs, VCO is said to keep the dogs calm. They don’t howl during nighttime if they are regularly taking VCO. Howling at night could disturb the neighborhood.

Dogs are a favorite pet of the Japanese, according to Numano. In some families, there are more dogs than children. And sometimes, dogs are treated better than children. They are even given special food and also enjoy snacks.

Actually, Numano is targeting two other big markets for VCO in Japan. One is the dementia and Alzheimers (D&A) market. He points out that VCO can improve the condition of dementia and Alzheimers patients. The market is big because there are 4.6 million Japanese who are suffering from D&A. On top of that, there are four million D&A candidates. He added that there are 6,000 elderly facilities in Japan and these are all good markets to tap for VCO.

Numano’s company will closely collaborate with coconut farmers’ cooperatives in the Philippines so they can increase production of VCO for the Japan market. They are ready to allocate Php10 million for the program. The funds can be loaned to the cooperatives for their operational expenses and for the rehabilitation of undernourished coconut trees.

Meanwhile, Prof. Edel Guiza, undersecretary for operations of the Office of the President for Food Security and Agricultural Modernization (OPFSAM), disclosed the roadmap for the Philippine coconut industry in very simple terms. The target is to increase the profit of coconut farmers by planting more coconut trees and enhancing yield through adequate fertilization. The other strategy is to increase sources of income through intercropping with high value crops such as coffee, cacao, and even high-value vegetables, and integration of livestock. Value adding is another strategy so that high-value byproducts are produced rather than just the traditional copra.

Another thrust is the development of science-based enterprises in the countryside. The expected release of the Php70 billion coco levy fund will go a long way in helping achieve the goals of developing a resilient and competitive coconut industry that is mindful of, while at the same time protecting, the environment. The roadmap hopes to bring about inclusive growth that will benefit all sectors, including small scale coconut planters.

Now, you see, the coconut industry is not hopeless after all.