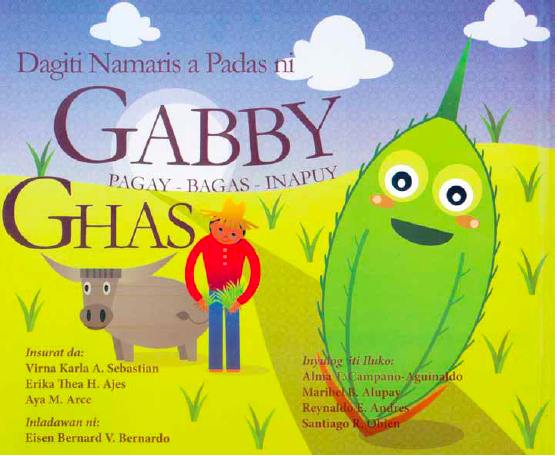 There is an initiative to instill in the minds of the young the value and culture of rice, the country’s main food commodity.

By Rudy A. Fernandez

The campaign has gained momentum over the past years since government and private
institutions parrtnered to undertake information dissemination activities with the theme, “Rice is Life.”

In 2006, the Asia Rice Foundation (ARF), along with the Department of Education (DepEd) and the Alpha Phi Omega Service Sorority (APOSS) launched a nationwide short story writing competition revolving around the “Rice is Life” theme.

The ARF is a regional nonprofit organization established to support research, educational, cultural, and advocacy efforts that promote awareness and public appreciation of the role of rice within the diverse cultures of Asia. It is headquartered in the Los Baños-based, Philippine government-hosted Southeast Asian Regional Center for Graduate Study and Research in Agriculture (SEARCA), an agency involved in the rice information dissemination program.

Books by Children, for Children

The winner in the English category, titled “The Adventures of Gabby Ghas,” was co-authored by Virna Karla Sebastian, Erika Thea Ajes, and Aya Arce, all from the Calamba Institute in Calamba City, Laguna. With the sponsorship of DA-PhilRice and IRRI and the help of noted illustrator Eisen Bernard Bernardo, ARF and Ilaw ng Tahanan published “The Adventures of Gabby Ghas.”

The illustrated book creatively describes how rice is produced and processed before it reaches consumers. Dr. Santiago R. Obien, former PhilRice executive director and now ARF board chair, said, “Gabby Ghas is a rice grain who wants to know his place in the world. (He) journeys through the rice field in search of his life’s purpose. Along the way, he encounters weeds, predatory insects and birds, and pesticide officers whose job is to protect the everprecious rice plants from harm—all of these help to make Gabby realize just how special he is.”

SEARCA Director Gil C. Saguiguit, Jr. described the picture book “as a way of introducing to our young the value and culture of eating rice,” and said it would lead to their learning to appreciate agriculture. “It is good to start them young in terms of their understanding of the importance of this commodity to their family and community’s wellbeing.”

He added, “Rice is what makes the world go round, at least in the Southeast Asia context. The rice crisis some years ago can attest to this. It has triggered the obsession of some countries in the region, the Philippines included, to be rice self-sufficient. It has become a political commodity
on which agriculture-based economics focus their utmost attention.”

Co-published by ARF, SEARCA, DA-PhilRice, and DABAR, the Visayan version was launched in 2012 in Pasig City with Secretary Luistro as guest speaker. In his message, the Education official lauded the project, and suggested having the book translated into other major Philippine dialects.

It was not long before three other versions—Tagalog, Iluko, and Bicol—rolled off the presses. The Tagalog translation, “Ang mga Pagsasapalaran ni Gabby Ghas (Palay-Bigas-Kanin),” was done by Dr. Emil Q. Javier, former UP president and UP Los Baños chancellor.

The Iluko version, “Dagiti Namaris a Padas ni Gabby Ghas (Pagay-Bagas-Inapuy),” was the result of the collective efforts of Alma Campano-Aguinaldo and Maribel Alupay, both of PhilRice-Batac City (Ilocos Norte); Reynaldo Andres of the Mariano Marcos State University; and Dr. Santiago R. Obien of the DA National Rice Program.

The Bicol version, “An Makangalas-ngalas na Agi-agi ni Gabby Ghas (Paroy-Bagas-Maloto),” was by Diana Velarde of the DA-Regional Field Unit-5. A Kapampangan translation is in the pipeline, ARF reported.

Lessons on Aquafeeds from a Specialist