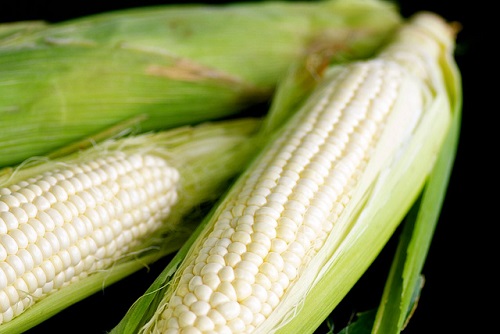 Pollination is one of the most critical periods in the development of corn, whose maximum yield potential relies on, and is determined by, successful pollination.

By Yeng B. Parungao

Corn is monoecious, which means that both male (tassel) and female (ear) flowers are on the same plant. Male flowers on the tassel mature when anthers (part of the stamen where pollen is produced) emerge from spikelet flowers, and pollen is released through pores at the tips of the anthers.

Pollen shedding usually begins two to three days prior to silk emergence and continues for five to eight days. The female flower parts on the ear include the ovule (kernel) and stigma (silk). Under favorable environmental conditions, silk grows around 1 to 1.5 inches a day for 10 days until the ear is pollinated. Most pollination occurs during late mornings and early evenings, when pollen grains land on moist, receptive silks within 24 hours and these grow down the pollen tube to fertilize the ovule. Each silk that emerges from an ear shoot connects to a single ovule or potential kernel.

Stress conditions during the pollination stage results in reduced kernel set and can cause yield losses. Moisture stress such as drought, high temperatures, and silk clipping by insects are the primary causes of poor pollination.

Drought can delay silk emergence by four to five days. In this case, silks that emerge after most of the pollen is shed cannot be pollinated, resulting in poorly filled ear tips. Heat and drought stress can reduce photosynthetic activity after pollination, which results in kernel abortion.

Moreover, the location of the tassel on top of the plant makes it vulnerable to temperature extremes. High temperatures above 37 degrees Celsius have a negative effect on pollen production and viability, and this in turn can affect kernel set.

Continuous insect activity like silk clipping by insects such as beetles can interfere with pollination and may reduce seed set as well. Environmental conditions cannot be controlled but there are actions that can be done to minimize risks during pollination.

• With corn, water usage is at maximum during pollination. Providing adequate irrigation can lessen pollination problems and enhance grain fill.

• Nitrogen and phosphorous uptake are rapid during this stage; thus, proper and balanced fertilizer application is necessary for optimum kernel set.

• Field monitoring for insects that may feed on silks is essential.

• It is very important to choose hybrid corn varieties that are well adapted to the area and local growing conditions.

Feed is Not Source of PEDv Infection, says OIE