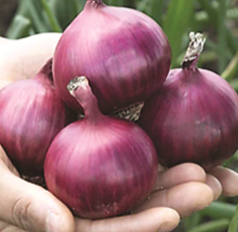 Bongabon, Nueva Ecija —The country’s Onion Capital’s weeklong Sibuyas Festival was recently held in conjunction with its annual town fiesta, with the municipal government setting aside the first day as its “Araw ng Magsasaka.”

A Celebration Despite Adversity

Leading the celebration, municipal mayor Allan A. Gamilla exhorted townmates and others celebrating the festival to continue to be positive about their industry’s prospects. “We have nothing else to turn to except our farming. Let us strive to continue to be the ‘Onion Basket of the Philippines’ while also looking closely at other crops that we can grow profitably to ease the pressures on our main livelihood.”

As has been the case in the past, farmgate prices for the town’s onions were low when its farmers began their harvests in late February because of the uncontrolled influx, legal and otherwise, of the spice from other countries. This despite the fact that there is supposed to be no importation of onions at all when farmers in Nueva Ecija and Pangasinan, the leading onion producers, are harvesting their crops.

To add insult to injury, certain traders used an onion growers’ cooperative in Bongabon to get hold of import permits from the Department of Agriculture (DA); Gamilla expressed strong sentiments against “those trying to kill the town’s livelihood.”

As the Sibuyas Festival progressed, while farmers still had to harvest 15 percent of Bongabon’s seasonal crop, farmgate prices improved considerably, especially for red onions, which have seen marked improvement in yields despite decreased planting areas, according to Municipal Agriculture Office (MAO) head Luchie Ceña. Some farmers shifted to planting other vegetables such as yellow corn (for its high profitability) this season “…to avoid their perennial painful experience with onion prices,” she added, but despite this and the smaller land area planted to onion, onion yields improved.

She credits the Farmers Field School (FFS) Program that the MAO implements every year with the support of the Provincial Agriculture Office (PAO) and the DA Regional Office (DARO). As with the previous years’ Sibuyas Festivals, the graduation of the FFS attendees served to highlight the 2015 celebration. A total of 274 farmer-trainees graduated from the FFS—109 men and 30 women in rice-growing technology, and 104 men and 31 women in onion culture.

Ceña says that FFS has produced tangible results in their farming. “For example, we now harvest an average of 130 to 140 cavans per hectare for inbred rice and 160 to 170 cavans per hectare for hybrid rice. For onion, we continue to give our farmers access to new technology and hybrid seeds. Our offices, the PAO and DARO, are always ready to assist them in terms of inputs, farm implements, and irrigation facilities.”

Mayor Gamilla told festival attendees of his administration’s projects that would benefit the town’s farmers and enable them to cope with the challenges facing them, including those posed by the Association of Southeast Asian Nations’ regional economic integration. To help the farmers in marketing their produce, he said he had made arrangements with the trading center at nearby Palayan City for the farmers to be able to bring their vegetables there.

“But we will also have our own food terminal complete with a multi-purpose cold storage facility in the near future,” said Gamilla. “The national government will construct the building or buildings on land that we will have to provide. I have directed the SB to see about buying land with an area of seven hectares—the only counterpart required of us—for the project.”

He also told the farmers that his administration has made possible the completed construction of two grain dryers that two cooperatives will operate for the town. One of the facilities with the capacity to dry 20 metric tons of palay or corn in eight hours uses cheap fuel for its biomass furnace, while the other runs on more expensive diesel fuel but dries the grains in half the time that the biomass-fueled dryer takes. The dryers will be ready for operation in May 2015.

Recipients of the tractors, Lorenzo added, would only have to shoulder the 15-percent equity for the cost of the machines as required by the Commission on Audit, and left the awarding of the units to the municipal government. Mayor Gamilla decided to have the machines raffled off during the program for the sake of transparency. He also decided to add a unit each of the tractors and pumps to the raffle, with the mayor’s office shouldering the 15% equity for the tractor winner.

Shovels, plows, knapsack sprayers, and vegetable seeds donated by the three leading vegetable seed companies supporting the Festival—the Allied Botanical Corporation (ABC), East-West Seed Philippines, and Ramgo Seeds, all of which had booths at the plaza for assisting the farmers—were also raffled off. The ABC booth attracted many farmers when a technician of the company demonstrated the use of the new Condor Manual Seeder that is suitable for onion and corn.

The new machine can complete the entire seeding process, from plowing and sowing to covering. It minimizes labor costs in planting and enables users to attain more precise planting distances, depths, and the number of seeds per hole. The distance between rows can be adjusted from eight to 14 centimeters (cm), between hills from five to 51 cm, and to depths from zero to three cm, as the seeder comes with different rollers for different types of seeds, such as small seeds like those of onion and large ones like those of corn, and for sowing the number of seeds needed per hole or hill. The machine can also be equipped with interchangeable sprockets for adjusting planting distance.

With onion, the use of the seeder with the interchangeable rollers and sprockets can result in savings on seed costs of up to 40%–from 10 cans per hectare to only six to seven cans, while reducing planting time from only 10 to 12 hours (a 20%-40% reduction) per hectare compared to the old seeders, which took two to three days per hectare.

274 farmers graduated from the 2015 Farmers Field School during Farmers’ Day of the Festival.

Residents of ten barangays competed to see who would prevail in consuming a kilogram of sweet Rio Bravo F1 bulbs in three minutes. The champion sibuyas eater represented Barangay Antipolo, and cleaned his plate within the set time. The bets of Barangays Curva, Pesa, and Arrienda were second, third, and fourth, respectively.

The Karyadaan Contest involved the hauling and storing of sacks of onion bulbs by two teams composed of farmers from the different barangays. The team that finished fastest and stacked the onions better won.

Setting Up: Hydroponics in a SNAP, Part 2