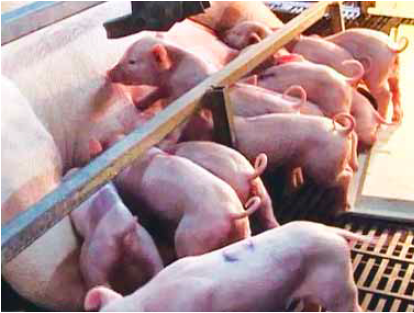 Backyard hog raising is a very popular enterprise in the Philippines because it requires very little space and modest capital, and you don’t need any formal college degree or education to engage in it.

The only requirement is dedication and plenty of attention to the swine under one’s care. It is thus no surprise that backyard hog producers can be found in any community, and they practically dominate the swine industry in the Philippines in terms of the sheer number of hogs they make available in the market.

And, despite some challenges like price fluctuations and the rising cost of inputs, particularly feeds, many people are still venturing into this enterprise.

This series of articles on hog raising takes a closer look at the backyard swine industry in an effort to provide new knowledge, techniques, and information to those who are planning to enter the business or those who are already engaged in swine production but want to learn more.

According to the Department of Agriculture (DA), there are several imported breeds available in the country today. However, industry experts say it is not easy to determine the breed that is most suitable for backyard raising, and local conditions must be taken into careful consideration along with the other requirements for a successful backyard swine business.

The swine breeds that are available in the Philippines and their suitability to different localities are as follows:

Yorkshires are entirely white with medium, erect ears. Sows (those that are raised to produce piglets) have superior mothering ability, farrow (give birth to) and wean large litters, and are excellent milkers. They adapt well to confinement, but not to rugged conditions.

Slaughter animals, or those raised for their meat, yield a high dressing percentage, produce fine quality meat, and compare favorably with other breeds in growth and economy of gains.

Landrace are white, have short legs, and medium to large drooping ears. The sows are noted for their excellence in mothering ability and litter size. They are heavy milkers, and produce pigs of highly acceptable carcass quality. However, they have weak feet and legs, and have problems adapting to rugged conditions. Such defects should be corrected by proper selection and breeding.

The color of Duroc is of varying shades of red. The sows are prolific and are good mothers. They produce pigs that are superior in growth rate, and feed conversion, and their performance under rugged conditions is better than any of the white breeds.

Hampshires are black with a white belt around their shoulder and body. They are generally short legged and lack body thickness. The sows have a reputation for weaning a high percentage of the pigs farrowed, and are able to adapt to very rugged conditions. The growth rate, however, has been generally average or below average.

Berkshires are black with six white points – four white feet, some white in the face and tail. The ears are erect and inclined forward as the animal grows older. They are known for their style, meatiness, and good adoptability to rugged conditions. They have desirable length, depth, and balance of body. However, Berkshires lack good growth and efficiency in converting feed to weight gain. The sows are also not prolific as the other breeds.

The Pietrain is a very meaty type of pig with spotted black and white color. It has well-shaped hams, loin, and shoulders. Ears are erect, and the carcass has a high lean meat percentage, but it has a poor body constitution. Feed efficiency is not really good, and they are somewhat slow-growing. This breed is also highly susceptible to stress. Thus, Pietrain is only worthwhile in crosses but not as purebreds.

In the next article, we will tackle the aspect of selecting the right breed for specific purposes.