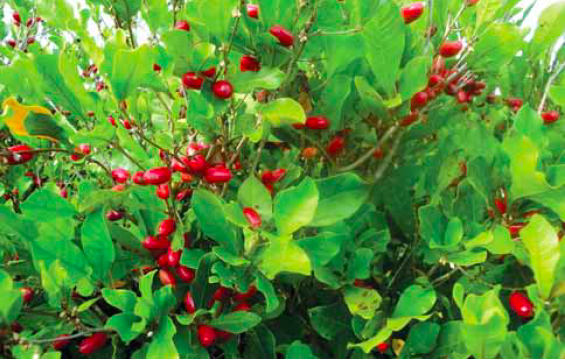 Yes, you can grow a miracle—fruit, that is.

Academician and hands-on farmer Dr. Domingo E. Angeles found that a miracle of the fruity kind could flourish at his farm in Barangay Mabacan, Calauan, Laguna. This former dean of the UP Los Banos College of Agriculture who still serves as the chairperson of its Interdisciplinary Studies Center on Food Security loves farming as an additional source of income.

His choice for growing in commercial proportions was the Synsepalum dulcificum Daniell, which Dr. Angeles described as a “curiosity plant.” It’s famous for its berries which, when eaten, can make any sour food consumed soon afterwards taste sweet. This is due to the glycoprotein miraculin in the berries, which partly accounts for the ‘miracle’ in its common name.

Dr. Angeles was optimistic about his chances, planting thousands of Miracle Fruit trees in his 3.5-hectare leased farm in Laguna. These trees are now fully grown—he currently has about 23,000of them—and have proven to be very productive. He adds that his Miracle Fruit farm is the largest in Asia, if not in the world.

While his success may seem to have come easy, Dr. Angeles said that at first, anyone wanting to follow his footsteps will have to make a large initial investment for the farm to become profitable.

But after about three or four years of propagation, a Miracle Fruit grower may start harvesting from the farm. His own fully grown plants yield an average of 0.5 to 1.0 kilograms of fruit per plant.

In addition, there is only one species of Miracle Fruit tree. Dr. Angeles, however, recommends using the wide-leafed variety because it proved to be the most productive and produces larger, high quality berries in the country.

He suggests that the appropriate spacing be observed when planting Miracle Fruit trees because these need a lot of sunlight for them to become prolific and produce quality fruits. Their surroundings must always be weeded regularly so that weeds cannot hamper the growth of the trees.

Currently, Dr. Angeles produces sweet wine with a distinct flavor from the Miracle Fruit berries, and is exploring other markets for fresh miracle berries. He markets his wine under the D’Estan brand name, and it is priced very reasonably. His wine has a very distinct taste, and this helps distinguish it from other wines in the local market, and he is optimistic that his wine will soon be patronized by seasoned wine drinkers.