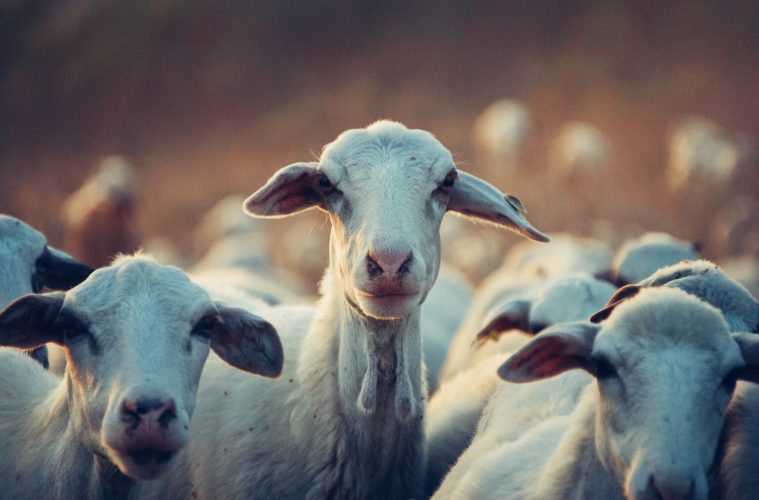 The country’s halal goat inudstry is confronted by the problem of authenticity, which is hindering its entry into the huge international halal trade. To penetrate the international market—a development which could provide a vast source of business opportunities for local halal goat raisers—the problem should be addressed promptly.

Many Filipino Muslim farmers raise goats which are classified as ‘halal’; however, these goats are only acceptable to the local consumers in their respective areas.

‘Halal’ simply means ‘permitted’ and/or ‘lawful’. When we talk about ‘halal food’, the term refers to any food that may be eaten as it is in accordance with the Shariah (the Islamic legal system) law. This means that for any food to be considered halal, it must comply with the religious rituals and observance of Shariah law.

In a study, researchers from the Sultan Kudarat State University (SKSU) and University of Southern Mindanao (USM) attributed the problem to the absence of halal goat production and haram detection protocols in the region, and the farmers’ limited knowledge of proper production and postproduction practices.

‘Haram’ is an Arabic term which means ‘sinful’, and it is used to refer to any act that is forbidden by Allah. As a result, goat meat sold as as halal in most markets in Region 12 are contaminated with haram substances, including pork derivatives.

Most of the time, people will place their trust in the fact that an individual who raises a goat or owns a meat shop is a Muslim who at least practices most of the strictures of his or her religion to ascertain whether the meat they are buying is halal.

However, this is not enough to ensure that the meat being sold is truly halal. The reality is that to determine whether it is truly halal, research must be done regarding the source of the meat, with attention paid to details like the abattoir from whence the meat came. Experts explained that the halal system, as it applies to food, incorporates the concept of “farm to plate,” and covers the entire halal food quality assurance process. This is to promote hygiene and good health as prescribed by Allah and the Prophet Muhammad, based on Islamic belief.

To address the issue of how to determine whether goat meat is authentic halal, the Philippine Council for Agriculture, Aquatic and Natural Resources Research of the Development of the Department of Science and Technology (DOST-PCAARRD)—through its National Goat Science and Technology (S&T) Program—implemented a project on the establishment of standard protocols for halal goat production and a quality assurance system.

Based on the program, SKSU researchers developed a set of protocols for raising halal goats, while researchers from USM developed protocols to detect haram or unlawful elements in halal goat meat processing. These protocols have been validated and proven to be functional. They incorporate essential elements of the science of halal goat production vis-a-vis religious foundations of cleanliness, hygiene, good health, and good intentions.

They also underscore basic concerns such as the need for a strategic grazing and housing system, health management, and Shariah-compliant slaughtering procedures.

Strategic grazing requires employing a Muslim shepherd who will ensure that the goats are herded in clean pastures for at least for two hours per day during sunny days, and housed during inclement weather.

Clean pastures prohibit the use of the manure of unlawful animals as soil ameliorants in the forage garden. It allows, however, the application of organic compost from goat manure.

The halal goat house is similar to a regular goat house in structure. It must be elevated to promote good air circulation, and located in slightly sloping terrain to ensure that water drains out to canals and will not stagnate underneath.

A halal goat house which is located in a waterlogged area is considered filthy and haram. The walls, ceilings, floorings, feeding and watering troughs must also be cleaned regularly. Manure under the pens must be removed before it piles up, as fresh manure is haram; hence, it must undergo decomposition before use.

To ensure that the goat house will be free from haram elements, it should be a considerable distance from haram facilities such as piggery farms, canals, toilets, and factories.

The goat house must also have adequate floor space of between 1-1.5 square meters per animal to conform to the ethical Zahiba (slaughter) principle of not confining animals in tight spaces.

Health management is one of the important aspects of raising halal goats. Goats may be given antibiotics but must be cleansed for at least seven days before they are subjected to Shairah-compliant slaughtering.

At the onset and during the peak of the rainy season, deworming is a must. The use of dewormers is allowed, provided that its ingredients are from halal sources, and a withdrawal period or cleansing of at least seven days is strictly followed before slaughter.

Tree leaves that can deworm goats can also be given as their use will not require further cleansing. These include ipil-ipil (Leucaena leucocephala), madre de cacao (Gliricidia sepium ), and caimito (Chrysophyllum cainito).

Hadja Horon Ngilay, a halal goat raiser from General Santos City, is one of the cooperators for the PCAARRD project on the establishment of standard practices for halal goat production and quality assurance.

If the goat is to be sacrificed during Islamic rites or during Qurban (Feast of the Sacrifice), it must be kept intact; hence, dehorning and castration are not allowed. Growth and reproductive hormones must not be used in raising halal goats.

Artificial insemination (AI) is acceptable, provided that the doe must have experienced natural mating at least once in her reproductive life.

The project for the establishment of standard protocols on halal goat production and a quality assurance system integrates halal elements in a quality assurance program. Halal post-production processes embody science combined with cleanliness, purification, animal welfare, and oneness with Allah.

The pre-operational procedures consist of the following: cleaning and rinsing with warm water and soaping of all contact surfaces of the facility, equipment, and utensils for three times; ensuring that slaughterers are free from disease; the slaughterers must abstain from sex on the day before the slaughter; they must take a bath prior to slaughtering; and they must wear proper protective clothing, gloves, and rubber boots.

Seven steps are included in the improved halal slaughtering procedures. These are: weighing of animal; praying over by a male practicing Muslim; cutting the veins and arteries in the neck using a sharp knife with a single stroke (the person performing the slaughtering must see to it that other animals are not within view); hooking and hanging by the legs; removing of the skin without water; cutting of the limbs and head; removing of internal organs; and storing and chilling the meat.

The application of these protocols minimizes contamination and limits the colony forming units per gram to 106, which is the acceptable level of microorganisms for fresh meat.

Authentic halal goat production infuses science into the proceedings and requires a thorough understanding of Islam requirements. However, there is still a need to harmonize local and international policies for the Philippines to successfully participate in the international halal trade.

If this issue can be addressed promptly, authentic halal goats and chevon-based products can soon be seen in the markets of Mindanao, and eventually, the Philippine halal goat industry will have a stake in the international market.