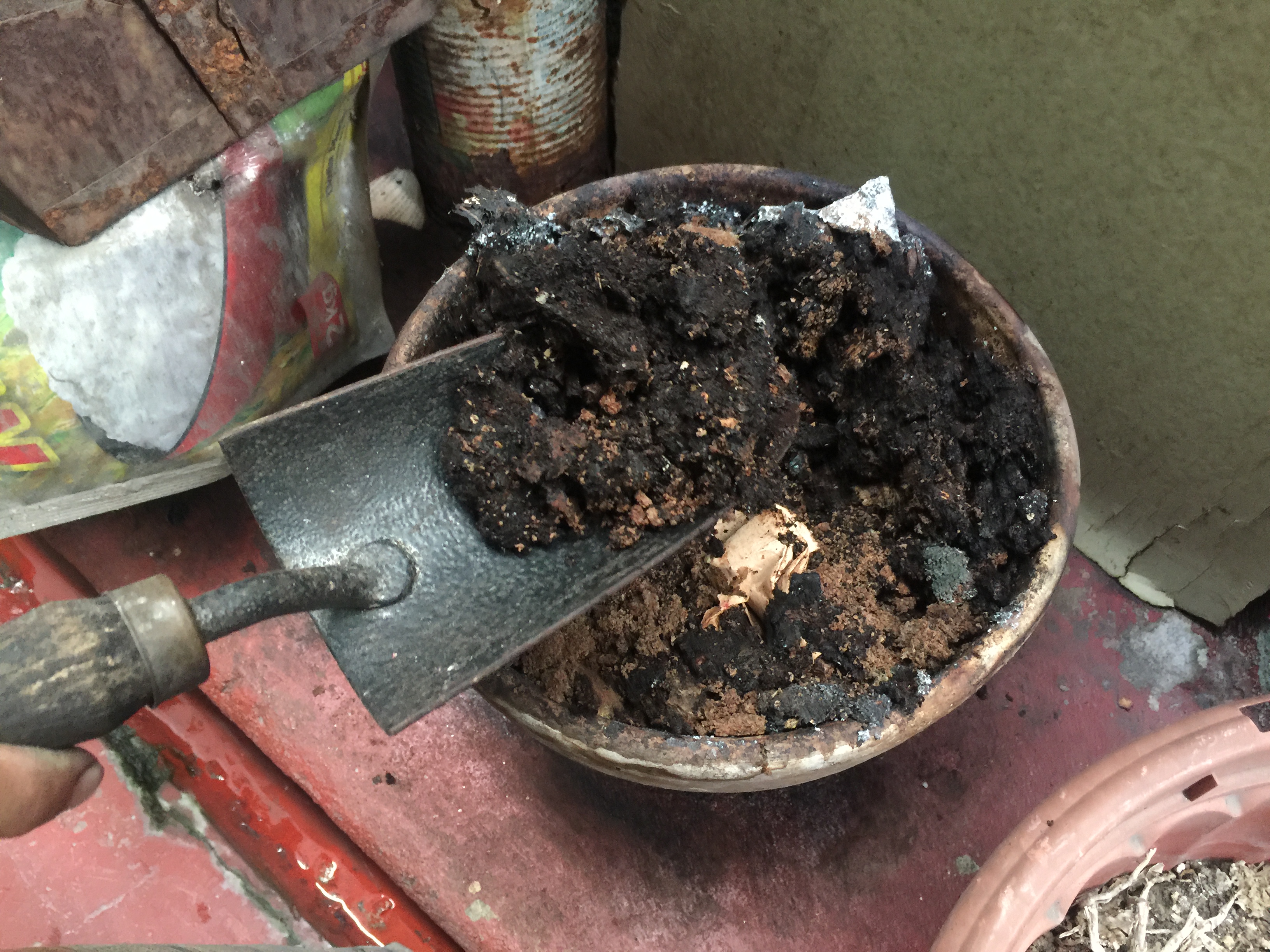 A primer on how to start composting your waste, even if you live in the city.

By Judith S. Juntilla
Photos and graphics by Elias Guerrero

Composting is one of those peculiar joys of a person who likes to grow things. Few things come close to the wonder of transforming something as useless as a banana peel into something as productive as rich planting soil. To farmers and gardeners, it gives the satisfaction of getting something from close to nothing.

I first came across composting some 25 years ago. I was sharing a city apartment with three other girls, and tried in vain to compost our kitchen refuse in the landlady’s planter box. It didn’t end well, simply because I didn’t know what I was doing.

I did not understand how important it was to balance the contents of the compost pile. I also did not know how to work with the lack of open space and bare earth. It’s a problem shared with many wannabe-farmers and gardeners out there who spend most of their time in confined, concrete-covered surfaces. My heart goes out to you, kindred spirit, but know that there are ways you can still pursue this soil-based alchemy.

Where Do I Compost?

You will need bins. Bins can be anything: plant pots, jute bags, sturdy plastic bags with holes poked on the side. It can be anything that can hold small things together, wide enough to let you dig around it, and retain moisture. Most importantly, it should allow enough air to circulate.

I use large terracotta pots mainly because I find them weather-proof and reliable. The problem with terracotta pots is aeration and moisture. A good compromise is a decorative terracotta pot with hole designs on the side, similar to the ones used for orchids. They may be hard to find, but trust me, they’re out there.

You can compost indoors, but you will need a special bin and a special system. Indoor composters usually involve additives, be they bran or worms. I don’t recommend attempting to do normal composting indoors; it will only result in heartbreak and might discourage you from progressing in your compost habit. Leachate can be messy, and for beginners, there will inevitably be mistakes in achieving the correct balance that keeps bad odors away.

Keep your compost bin loosely covered to discourage pests and keep the rain away. The good news is, for a normal household, you will need outdoor space that’s no bigger than one square meter.

What Do I Compost?

Maintaining the balance between the brown stuff and the green stuff is key to decomposing the pile and avoiding odors. Too much carbon and decomp slows down; too much nitrogen and the pile smells like ammonia.

While you can compost anything that decomposes (except meat and dairy, unless you want your pile to stink), classifying things into green and brown is key to maintaining a good compost pile. Ideally, there should be a brown-to-green ratio of 25:1. Now this ratio can be misleading: it doesn’t mean you add 25 pieces of dried leaves to one page of newsprint. Vegetable scraps, for example, are 25 parts carbon to one nitrogen.

It’s confusing, I know, but if you’re the type who just wants to do your part in reducing waste, you don’t have to follow this ratio to the letter. Simply use the carbon-to-nitrogen ratio as a guide in troubleshooting if say, your compost pile starts to smell, or your compost pile is not reducing in volume.

Whatever you put in the pile, the key thing to remember is to cut them up before you toss them in. This will make them decompose faster and make your pile more manageable.

How Do I Compost? 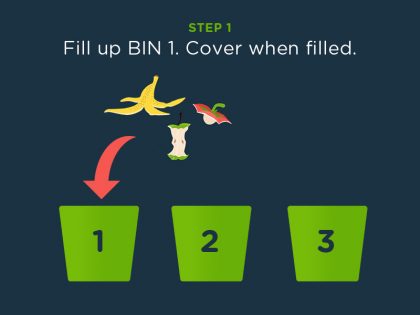 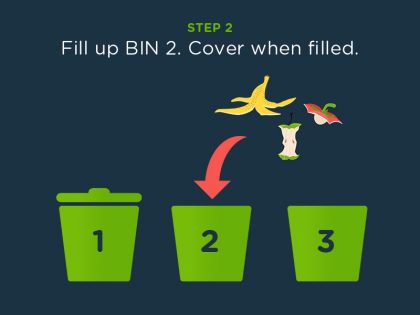 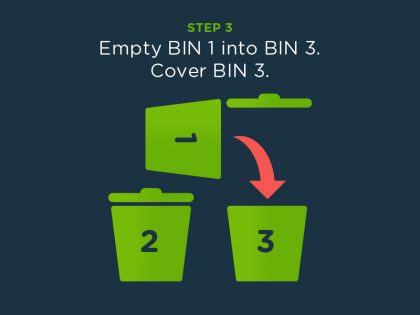 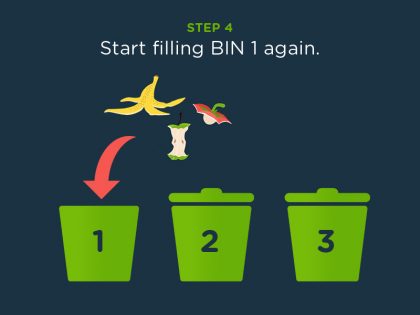 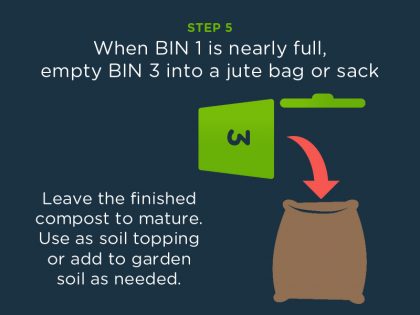 The finished compost from this bag should be good to add to your garden or as topping soil for your container plants. To see if you’re doing it right, use your sense of sight and smell. A compost pile that’s working just fine should have no bad odors and the stuff you put in the pile should be unrecognizable by the time your pile is a month old. This means you’ve chopped them the correct size, and you’ve provided enough air and moisture to speed up the decomposition process.

Your pile should smell like a forest floor once it is finished, and should be dark brown in color.

In Part 2, we discuss the best time to compost, why composting is important, and sole some common composting problems.