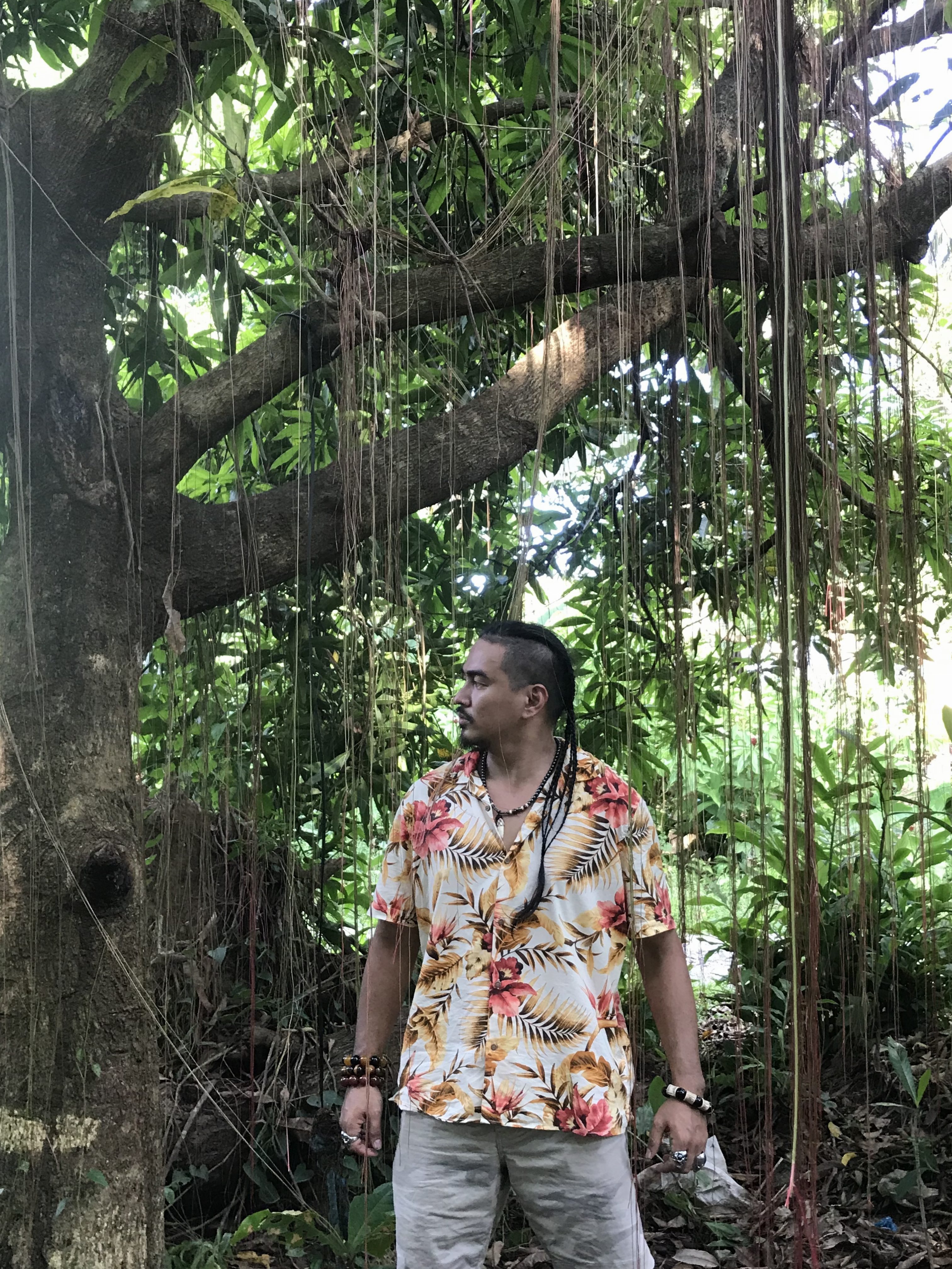 When we think of foraging, many of us think of it as a primitive way to find food, harkening back to our hunter-gatherer ancestors. Others think of it as a survival tactic, a last-ditch effort to stay alive when lost in the wilderness. More recently, foraging, or gathering food from the wild, has become a fashionable way to experience food in the international dining scene, with everything from walking tours to restaurant concepts (hello, Noma) springing from foraged edibles.

While foraging is still an unfamiliar concept locally, one liquid chef has made it the backbone of his interesting, locally-inspired alcoholic concoctions.

Kalel Demetrio is a self-taught bartender who has made foraging a big part of his craft. He credits Chef Robby Goco for introducing him to organic, and later, foraged ingredients.

He’s converted the lower part of his house into a workshop where he makes most of the ingredients he uses in his drinks. Shelves are lined with bottles of homemade items, botanical and bartending books, and souvenirs from different provinces that contrast with the very modern freezers, kitchen islands, and culinary machinery that line the periphery of his workspace.

A shelf of bartending ingredients in Demetrio’s ‘lab.’

Demetrio makes his own syrups, bitters, tinctures, and shrubs. He’s begun to make his own vinegar and was one of the people who helped make kombucha a thing in Manila. “Working with liquid is fun but at the same time, it can be dangerous if you don’t study it well. You have to read a lot, learn scientific facts, study different laboratory equipment. You have to test it out.”

Foraging, in this case, is different from the foraging that has captured the imagination of food enthusiasts abroad. Instead of going around picking random plants and identifying them with the help of a guidebook, Demetrio relies on local experts—farmers, historians, herbalists—to help him discover local herbs and their uses. His methods are very Filipino, a different way of harnessing the spirit of bayanihan.

A peeled catmon from Quezon.

And because he is a bartender, this extends to local spirits—the alcoholic kind—as well. “I hang out with them and ask kung ano iniinom nila dati, and if they say na may something na iniinom ng lolo nila na pinapainom din sa amin, that’s what interests me,” he says.

At the time of the interview, Demetrio had just come from a foraging trip in Quezon. He showed us his haul: the fruits catmon (Dillenia philippinesis), also spelled katmon, used as a souring agent and lipote (Syzygium polycephaloides), used to make jam and liquor; and medicinal plant Serpentina (Rauvolfia serpentina).

A bowl of lipote from Quezon.

Relying on foraged produce means relying on the seasons. “Ang challenge is some of the ingredients that we have this month is not available the next month, so you really have to be creative in beating the seasons,” Demetrio says. This is where preservation methods like fermentation and turning them into syrup comes in.

While seasonality is part of foraging’s charm, part of Demetrio and his partners’ plan is to encourage farmers to plant more indigenous fruits and vegetables—to change the mindset of thinking of them as weeds into treating them as potential sources of  cash. “I want to give a face to mga producers natin. Without them, wala talaga akong concept,” Demetrio says. “There’s the conviction to really help them because before, when we were getting one to two kilos, I can see the smile on their faces and they become more excited, and are encouraged to introduce us to more ingredients that we haven’t seen yet.”

His efforts have not gone unnoticed. He’s been asked to give a talk in the Slow Food Convivia in Italy later this year. Slow Food International is a global organization that champions the use and conservation of indigenous plants and animals in order to “prevent the disappearance of local food cultures and traditions.” “I’ll be bringing some ingredients to let them know that there’s a movement happening in the Philippines,” Demetrio says. “Sabi ko nga, it’s not groundbreaking; it’s groundshaking.”

Tapping the Potential of Colored Rice