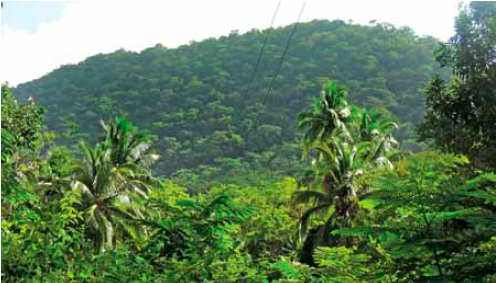 Beekeeping offers this island an interesting new way to make money from agriculture.

Incidentally, Lubang Island was the place where Hiroo Onoda, a Japanese army officer, hid in the jungles when the Allies reclaimed the Philippines after World War II, making him one of the last Japanese soldiers to surrender.

While fishing is the main economic activity on Lubang Island, the local farmers also engage in planting rice, garlic, and different varieties of vegetables. It already hosts a considerable number of grassfed cows, and the local farmers have shown great interest in beekeeping.

However, the activity is nonexistent on the island, and bees are not utilized for pollination. The farmers may have not realized that a great percentage of the crops grown for human consumption need bees to pollinate them to increase their yield and the quality of their crops. According to Rico Omoyon, bee pollination not only results in a higher number of fruits or seeds, it may also result in a better quality of produce.

Omoyon, owner of the Milea Bee Farm and a recognized beekeeping expert, made his first visit to the island recently with his family. “It was my first time to be in Lubang, and I could not believe that a much greener pasture is there for me to see and experience. It’s green all over. Under the leadership of Mayor Juan M. Sanchez, the island also boosts of having a zero crime rate.”

The scenic view from a white sand beach on Lubang Island, where the countless fruiting coconut trees will benefit from beekeeping, which will, in turn, provide the honey-producing bees with ample forage.

The idea to visit the island came from Ramon Policarpio, a market specialist of the Agribusiness Division of the epartment of Agriculture-Regional Field Office 4B or MIMAROPA (Mindoro – Occidental and Oriental Mindoro, Marinduque, Romblon, and Palawan). Omoyon said Policarpio has been assisting the municipal government of Lubang with its agricultural development and marketing needs.

During his visit, Omoyon discovered the mayor of Lubang is very supportive of the idea of introducing the beekeeping project to the local farmers. The good news is that Omoyon has noticed that the environment in and around the scenic island municipality is rich in bee forage—a plus factor where honeyproducing bees could thrive.

“For the beekeeping program, we got so excited to see that the environment is so rich in bee forage, prompting us to develop a plan to introduce thousands of native honey-producing bee colonies on the island,” he said. “Not only that, the enthusiasm and the large turnout of interested farmers made our visit very fruitful.”

Representatives coming from almost all the barangays in the municipality of Lubang attended the first-ever beekeeping orientation and appreciation lecture, which was recently conducted by the Milea Bee Farm.

Omoyon said it is the advocacy of the Milea Bee Farm to promote beekeeping in the Philippines, particularly in the countryside. He prefers, when lecturing about beekeeping to the small farmers, to give emphasis on native bees. Their utilization, he believes, will allow for the beekeeping program to continue even without government intervention.

However, any form of assistance coming from the local government units (LGUs) interested in supporting beekeeping programs will be a significant factor. “The local officials [could] help in providing financial assistance to jump-start the beekeeping program,” he said. He noted though that this financial assistance might be compromised once the terms of the concerned local government officials end.

Given that Lubang Island is being positioned as a future “land of milk and honey,” and the importance of pollination to the tasks of the local farmers, establishing a beekeeping project there is poses many potential benefits not just for the farmers but also to the community at large. “For the proposed project on Lubang Island, we’re so lucky that [Mayor Sanchez] is very supportive [of] the idea of introducing beekeeping to his constituents,” Omoyon said.

A colony of Apis dorsata (locally known as Pukyutan or Putyukan) occupying a big comb on a mango tree branch.

With Lubang Island’s proximity to Manila, the products to be derived from beekeeping can easily find their way to the markets in the metropolis. This will, in turn, be an additional income source for the small farmers and enthusiasts on the island. The beekeeping program is scheduled to start in January 2016. “We are hoping that other local government units, organizations, or groups of farmers will become interested and replicate this program,” Omoyon said.

“We will also be providing free beekeeping [orientation sessions] and bee appreciation lectures at the different schools on Lubang Island,” he added. The objective is for the students to be aware of beekeeping and its benefits so that they can serve as the future protectors of the pollinators. “Basically, the young and old will BEE informed,” Omoyon smiled.

Special Durian Must be Protected, Multiplied