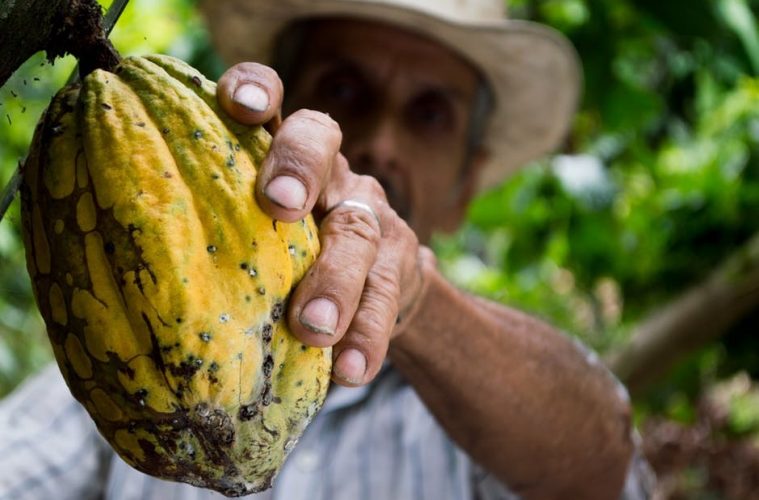 The Slow Food Movement highlights the importance of preserving indigenous ingredients and knowing where your food comes from.

The past few years have seen the spotlight shine on food, specifically the route it takes to get to our plates.

Slow Food is an organization that promotes local ingredients and traditional foodways, with a focus on sustainability. It was started by Carlo Petrini in 1986 as a reaction to thee opening of a McDonald’s in Rome. 32 years later, the organization has over 100,000 members spanning 150 countries. “Part of this advocacy is making it easier to join the movement,” says Slow Food Counselor for Southeast Asia Chit Juan (a Counselor represents a particular continent, ethnolinguistic group, or region—Ms. Juan is one of 40 around the world).

This interest in ingredients and sustainability came about in part because of the rise of celebrity chefs and the restaurant culture (Thanks, guys!). Slow Food is taking advantage of the initial awareness to further educate the public on not just knowing where their food comes from, but also the importance of preserving traditional plants, animals, recipes, and cooking methods as part of culture and hertiage as well. In short, it’s alerting the public to the importance of preserving one’s history in the most delicious way possible, and it is doing this in a number of ways.

To Market, To Market

The farmer’s market, that is. “What we want now is to create, instead of just getting members is to create activities… Kahit hindi ka member, tara, mag-farmers market tayo,” Juan says. Right now, the most popular ones in Manila are the Salcedo and Legaspi markets in Makati and Sidcor in Quezon City. “Retail now is tough because of online. But setting that aside, what we want is for people now to get involved,” Ms. Juan adds.

Get Dirty (In the Garden)

“Let’s have a Slow Food garden,” Juan suggests. “Dami-daming vacant land dito. Dami-daming may weeds. Di naman siya weeds, eh. They’re all tawa-tawa (Euphorbia hirta), pansit-pansitan (Peperomia pellucida). Now people are getting exposed to tawa-tawa because of dengue. Gotu kola (Centella asiatica) for hypertension. Before it was like, ‘are you nuts?’ Now let’s ride the trend. Lagundi (Vitex negundo) is already a legal cough syrup when it used to be an old wives’ cure. So people are waking up, albeit slowly.”

Ms. Juan also believes that, since the slow food movement talks about preserving indigenous crops and livestock and traditional foods, it is highly important that local communities be involved in the process. In practice, she advocates for a direct line from farmer to consumer. She uses ECHO Farms, the farm she runs, as an example. “I want to involve more of the community so there was a time I made the community use our garage, ‘sige, diyan kayo magbenta lahat,’” she says, adding that the farmers they work with plant produce knowing that they will all be sold. “The other farmers plant, they don’t know who’s going to buy it,” she adds.

The farmer to consumer model is becoming popular, as more people are beginning to understand the significance of knowing where their food is sourced, how it is grown and processed, who grew it, and how much the farmers have benefited from the exchange. This encourages transparency and fairness to all involved. “So that’s what Slow Food is doing now. You engage people in activities, in projects, if you will. Kailangan kasi maramdaman ng tao,” Juan says.

Anyone Can Do It (And Have Fun!)

But you don’t have to be a farmer—or even a member to be part of the Slow Food movement. All you have to do is eat, though it does help to have a passing interest in how your food gets to you plate. “Minsan feel ng tao, ‘wala akong time.’ Why do you always think about time? Do you want to eat good food?’ ‘Yes.’ ‘O sige. Member ka na.’ Just the fact that you’re interested in it already makes you a member or an advocate or somebody who’s going to be part of us,” Juan says.

Slow Food Philippines will be at the Word Food Expo 2018. They will be presenting Philippine Sustainable Gastronomy, a two-day forum on topics such as food activism, slow travel, food waste, zero waste living, and eating as a conscious carnivore. The lineup encourages people to think beyond lifestyle buzzwords.  “Mga tao, although they like to use the word sustainable, what does it really mean?” Juan challenges.

Philippine Sustainable Gastronomy happpens on August 2 and 3 at WOFEX 2018.