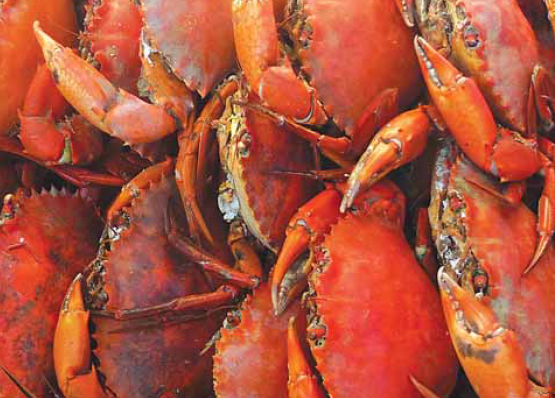 There are three species of mangrove crab in the Philippines: Scylla olivacea, S.tranquebarica, and S. paramamosain. In the  Philippines, mangrove crabs are considered a very important aquaculture commodity due to the high demand for it in the local and world markets.

Now, the former mud crab will now be referred to as the ‘mangrove crab’ as its standard common name in English, and this will apply to all species belonging to the genus Scylla.

This came about during the recent first National Mud Crab Congress, which was held by the Southeast Asian Fisheries Development Center-Aquaculture Department (SEAFDEC-AQD) in Tigbauan, Iloilo.

The resolution was signed by 246 participants, 20 of whom were from state universities and colleges, 71 from different government agencies, 99 from non-government organizations and private sectors, and 67 from SEAFDEC-AQD,

University of the Philippines Visayas, and the Philippine Council for Agriculture, Aquatic and Natural Resources Research and Development of the Department of Science and Technology.

As crabs live and thrive in mangroves, the participants agreed to link the species to its environment to stress the importance of mangrove forests—extremely productive ecosystems to the creatures that live in it. These forests also provide many benefits (in terms of goods and services) both to the marine environment and the local populace.

Not only serving as home to fish, crabs, shrimp, and mollusks, mangroves also provide an essential source of food for thousands of coastal communities in many areas.

After discussing recent updates on research undertaken on the mangrove crab, new research areas for its industry development were identified.

The congress also tackled the present state of the mangrove crab industry in the country, latest developments and technologies, problems, issues, and researchable areas, and to increase awareness, support and development in attaining the common goal of making the Philippines as the biggest producer of mangrove crab.

Integrated Farm in a Subdivision