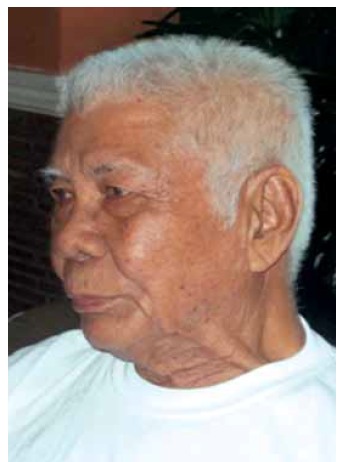 Benjamin Domingo Laurente was born in Sta. Rita, San Miguel, Bulacan to farmer parents on January 28, 1942. He took up his early education at San Miguel, Bulacan, then studied B.S. Agriculture major in Agricultural Economics, minor in Agronomy, at the Central Luzon State University.

After he graduated in 1966, he taught agricutural arts at his alma mater, San Miguel Hi ghSchool, to first and second year students. Laurente met Teresa Rayo of Balite, San Miguel, Bulacan, who taught science to the same students; they were married in December, 1966 and had three children.

In 1976, he transferred to work as Supervising Water Management Technologist for the National Irrigation Authority (NIA), where he was responsible for surveying planted areas for damage after disasters like strong typhoons and to recommend appropriate actions for rebuilding those areas. Then in 1985, he went to Saudi Arabia to work as a landscape supervisor, where he stayed until 1991, when he returned and decided to work on their 2.7 hectare family farm as a full-time farmer.

This was when he discovered and nurtured his passion for agriculture. Laurente decided to integrate fish culture into his farming operations and converted half a hectare of the rice field into six small tilapia ponds. From this, he learned the intricacies of tilapia culture; he could even tell what his fish colony needed from the sounds they made even in the wee hours. His  experience made him a sought-after resource person on tilapia culture, and he was soon was invited to farmer meetings to share his expertise.

In 1996, he attended a seminar at PhilRice to upgrade his farming skills and met Louie Tabing, who invited the former to be a guest on his radio program “Sa Kabukiran.” Laurente became a regular resource person and eventually, co-anchor of the program, answering phoned-in questions from listeners on a wide scope of agricultural topics from rice farming to tilapia culture, with responses drawn from his hands-on farming experience. This program inspired me and my husband Art to join farm tours; we have been hooked on them since then.

Ka Ben has been our constant companion for farm and study tours to different parts of the country as well as to other Asian countries. He was a walking encyclopedia to newbies like us and a tireless teacher. He would initiate sharing activities that allowed participants to raise tour experiences to theoretical and replicable levels. After three to four days of gruelling farm tour activities, he still had the energy to attend to his coanchoring chores at the Pangkat Kaunlaran radio program.

Active in community activities, especially those that are agriculture related, Laurente is the current president of the Irrigators Association of San Miguel and co-chairman of the Bottom Up Budgeting (BUB) initiative representing Civil Society Organizations (CSO), serving as a link between farmers and government agencies.

When invited to speak at seminars, Ka Ben usually opts for the after lunch slot. This is because he spices up his talk with jokes that keep the audience awake. He can talk passionately for hours on his favorite topic, which is climate Change; he can get very emotional when he talks about the degradation of the environment, and urges everyone to take part in saving the planet.

Laurente takes pride in the fact that Art was his protégé, and invites him to join the Pangkat Kaunlaran group to talk about rabbit farming when the group holds seminars. He is now an adviser of the Association of Rabbit Meat Producers, Inc. (ARaMP, Inc.) and is glad that raising rabbits is good for the environment.

When asked for his advice to farmers and would-be farmers, Laurente said that he would advise them to bring their children with them to attend agriculture related fora and seminars. He would like to see more young people go into farming, as he is concerned that the average age of farmers is 57. He wants children to be exposed to farming at an early age so that they can develop a love for it. They should be able to see that there is dignity and wealth in farming. He said that farming—if intensive, diversified, and integrated—should be able to provide for a family’s needs, especially when it comes to food sufficiency.

Reviving Rice-Fish Farming in the Philippines 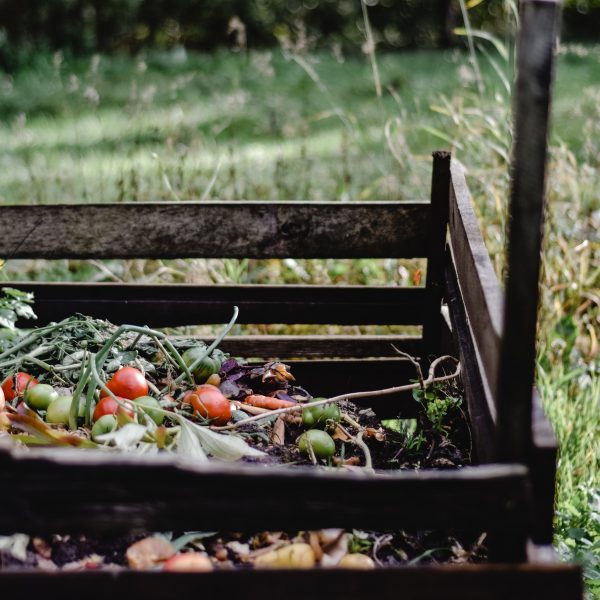