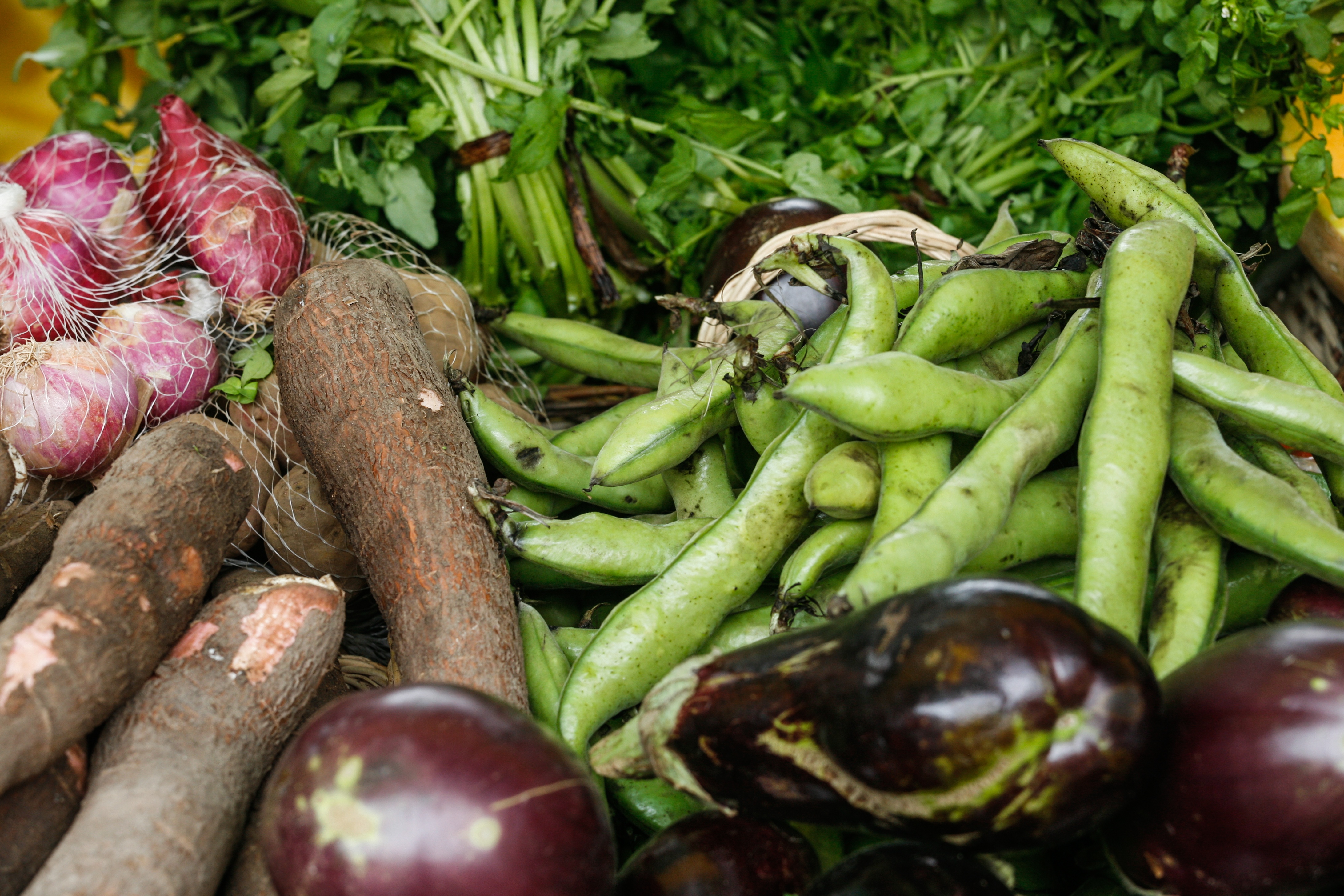 By Alex Proimos from Sydney, Australia from Wikimedia Commons.

Juliet Bumolo Morales grew up in a traditional farm family in Kasibu, Nueva Vizcaya, where vegetables, rice, and meat were harvested fresh from the land. Back then, farmers like her parents grew heritage crops, until commercial seeds which promised an assured higher yield were introduced and propagated them, thus changing their lifestyles altogether.

But Morales decided to go back to basics: the heritage crops, which were not yet called ‘organic’ back then. Her small farm is now home to organic rice, vegetables, and freerange animals that feed on the foliage gathered around the crops and the pests that attack them.

Kasibu is 10 kilometers away from Bambang, where the Nueva Vizcaya Agricultural Terminal Inc. (NVAT) is located. NVAT is the vegetable terminal where all growers, whether commercial and organic, bring their produce prior to these being transported to Manila markets like those in Balintawak and Divisoria.

Though organic farming involved double her current efforts to raise the crops, she found that there was a ready market for organic vegetables and that market is expanding every year.

On Morales’ farm, she plants leeks (lasona), tomatoes, lettuce, beans, okra, carrots, rice, coffee, and fruit trees. She also has ducks that eat the snails which damage the heritage rice. When rice harvest is over, she sells the ducks or feeds them to her family.

“I need to start [things] so others may follow,” she says humbly of her organic farm, though she is nonetheless confident that her neighboring farmers will follow her example soon.

She grows her own food and makes sure her family eats only the healthiest of produce from Kasibu. “Start small and lead the way” is her motto.

Morales is also actively pushing organic farming at every farmers’ meeting she attends where she gets the chance to address the farmers, who flock to such gatherings. She is a true farmer with a vision as a community leader to make Kasibu the best source of organic vegetables and organic coffee. Morales has sowed over 70,000 coffee seedlings to be planted all over the Kasibu mountains and forests.

In her native province of Nueva Vizcaya, fruits abound, from Kasibu oranges, the oldest acacia tree, fresh vegetables, and other native fruits. The province is also home to the oldest church, built in 1776. It is a destination on its own because it sits on mountain ranges and slopes that are more than 300 meters above sea level. It is also a place to stop before arriving at Banaue, Kalinga, Tuguegarao.

Going to Nueva Vizcaya is like going to Baguio from Manila (a distance of 250 kilometers) except lodging, meals, and almost everything is not as pricey as they are in the summer capital. The climate is cool and perfect for growing coffee.

This appeared as “A Nueva Vizcaya Woman Farmer is an Organic Farming Pioneer” in Agriculture Monthly’s April 2016 issue.