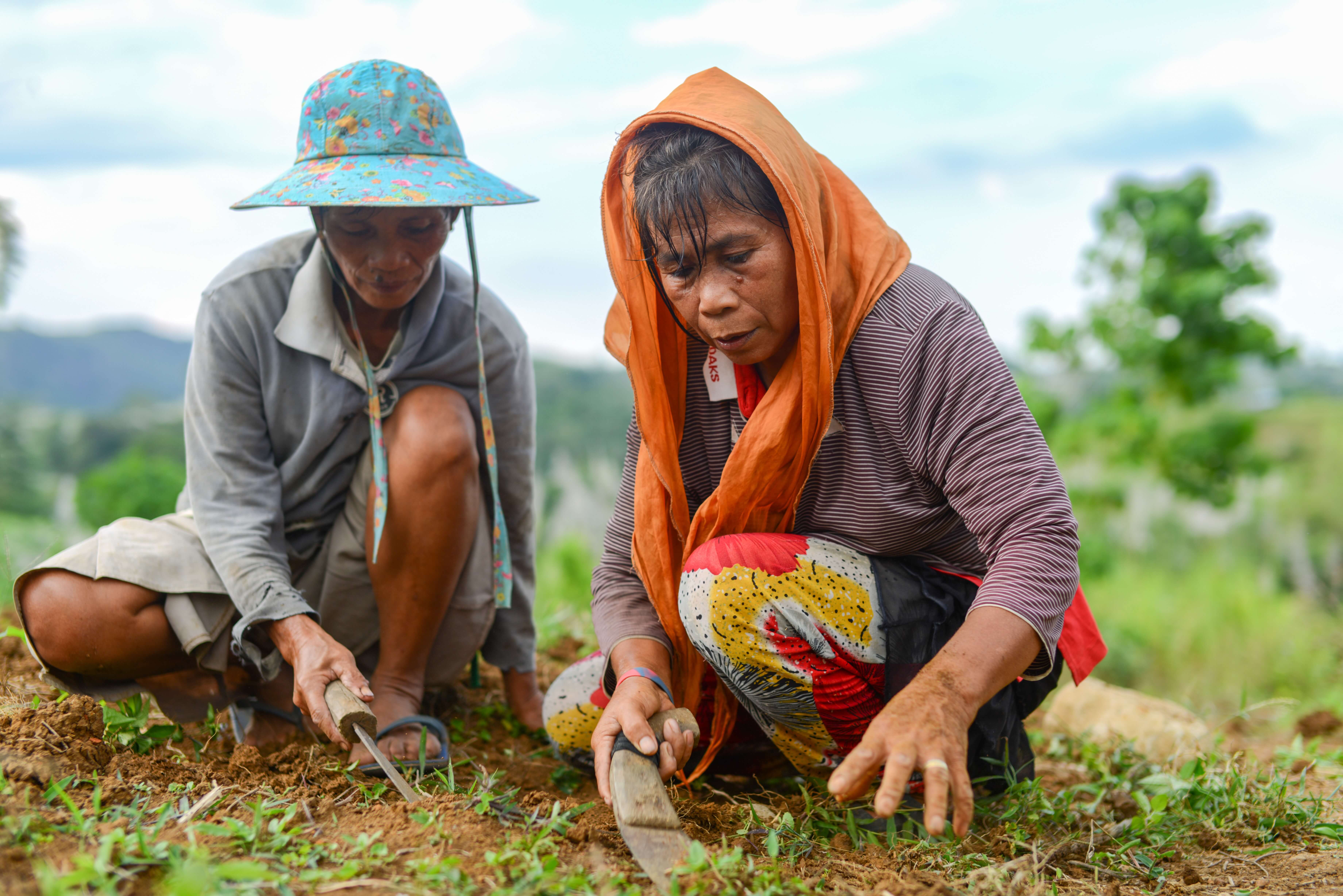 The initiative was established in 2016 not only to make smallholder farms “climate-proof.” This means to make them “profitable and productive despite extreme weather conditions brought about by climate change.”

BPI Foundation program manager Aimee Terrenal says that the idea of AgriClima is to look at the landscape approach, or look at how we manage our natural resources in agricultural production. “It’s a two-year partnership. This year, it will end but we expect spillover activities next year.”

They chose sugarcane farmers because they are one of the poorest in the country. The have a one-cycle production; they plant once and harvest once a year. “Imagine the dead season where they don’t have any livelihood,” Terrenal explains. “We chose Agrarian Reform beneficiaries because these are farmers who used to work for hacienderos and who are not particularly good at managing their resources.” They wanted to capacitate and also empower these farmers so that they can move past serving the haciendero, and become their own business owners.”

Helping Farmers by Helping the Environment

The project has two levels: the watershed component and the farmer enterprise level. “For the watershed level, we wanted to look at the natural resources—how th Ara-al-Najalin-Marayo watershed is managed, how it’s used, how the soil in the area is being used in planting and agricultural production, Terrenal says.

“On the farmer enterprise side, we wanted to engage, and capacitate them to take on a role in producing sustainable food. Food production, which takes on environmentally conscious technology and practices,” she adds. “Year on year, we do have a lot of results. From seven co-ops in 2016, we now have expanded to 23.”

The organizations worked with MUAD – Negros, or the Muti-sector Alliance for Development – Negros. It is a federation of NGOs who, for years, have been helping farmers with capacity building in terms of improving their production and their enterprise.”

Farmers are taught and given the opportunity to adopt climate-smart technologies, one of which is intercropping. “Instead of the previous way of planting sugarcane, we introduced high-value crops between the cane points. Within three to four months, the farmer can harvest something that they can either sell or they can put on their table,” Terrenal says.

Aside from the adoption of the technologies, part of the desired results include the communities treating the projects as their own. “In our area in Negros Occidental, our partnership with the LGUs is a start to involve the public. On the government level, we want them to enforce policies and practices that would take care of the natural resources. We want the public, especially those who live in the area, to be called to practice those policies,” Terrenal says. “That’s the idea of AgriClima—to involve everyone. It’s not just the farmers, it’s not just the LGUs, but everyone who’s living off of the natural resources of the watershed.”

Introducing new technologies to farmers can be a challenge, but so far, the beneficiaries have been pleased with the results. “In terms of production, it gives them hope to see that the way they do it before can still be better,” Terrenal says. “I think it’s a worthy endeavor to see them pursuing whatever we introduce to them. We only hope that there’s consistency on their end, even when we leave them on the ground.”

Support from All Sides

AgriClima recently partnered with the Sugar Regulatory Administration for eight additional co-ops. They also signed a Memorandum of Agreement with the four LGUs and the DENR Environmental Management Bureau (EMB) turning over responsibility of the watershed to the local government. “It signifies the commitment of the stakeholders, the local government units and what they’re representing toward managing the resources in their area,” Terrenal says.Demo farm new input by AgriClima

Ultimately, what AgriClima hopes for its partner farmers is to help them become part of the banking system. “The other side of it is we help them with their business. We make them an enterprise capable enough for them to be creditworthy,” she adds. “Our hopes for the smallholder farmers, the agrarian reform beneficiaries, is to be capable enough to be credited by any financial institution.”

Even though the project has come to an end, the organizations involved understand that the climate-proofing process and the road to sustainable self-reliance may take longer than the time period allotted. “At the end of the day, it might be a two-year partnership but it’s the long-term relationships that we were able to establish on the ground. We’re happy to support them all the way.”