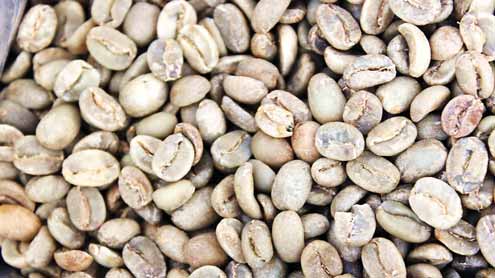 One of the notable programs of the Department of Science and Technology(DOST) in Region 12 or south central Mindanao is the assistance it provides to micro, small, and medium enterprises (MSMEs) through the Small Enterprise Technology Upgrading Program or SETUP.

According to DOST Regional Director Zenaida P. HR Laidan, the program provides technical and technological assistance to MSMEs to enable them to improve their production capabilities by infusing these with science and technology (S&T) interventions. The assistance provided by SETUP includes equipment upgrades, food safety standards consultancies, production improvements, and product labelling. “SETUP offers a complete package of assistance to enhance the capability of our SMEs in the country,” she explained.

Among those who benefited under SETUP is Fred B. Fredeluces of Barangay San Isidro, General Santos City. He owns and manages Greentropics Coffee Enterprise, which manufactures high quality Arabica and civet coffee in the region.

Fredeluces said that his venture into the coffee business was brought about by his immersion in the tribal communities, empowering them through various livelihood programs. He said that during his initial runs, he encountered several production problems due to the lack of better equipment to process the coffee beans. As a result, the quality of the products suffered after his worn-out machine was not able to keep up with production.

He decided to seek the assistance of the DOST office in Region 12, where he attended a series of training sessions and seminars. These included Manufacturing Productivity Extension Program consultancies, product labeling, laboratory analyses, and plant layouts, among others.

Fredeluces said that through the DOST’s assistance, his production increased, while the members of the B’laan tribal community that provides the raw coffee beans for his business were able to achieve a more decent life. He buys raw materials from the community at more than Php3,000 per 100 kilos of coffee beans. He said that this is much higher compared to the Php1,000 per 100 kilos price offered by the former buyers.

The computerized roasting machine Fredeluces received from the DOST.

“If we can promote and increase [the rate of] local coffee processing and consumption, then the buying price of green coffee beans will be stabilized. The farmers will be motivated to plant coffee and increase their production.”

For her part, Laidan said that over the past several years, the Region 12 office of the DOST has already assisted 1,500 establishments under SETUP. She said these resulted in the creation of thousands of job opportunities for the members of the different communities in the region. She added that most of those enterprises that benefitted are engaged on food manufacturing.

On the other hand, DOST Secretary Mario G. Montejo said that this is what the DOST has achieved during the last six years. “We were able to create a science ecosystem in the country by which the needs of the Filipinos are provided by our local technologies,” he said.

To provide access to products like Greentropics coffee, the DOST formally launched its OneStore, the online store for DOST-assisted products across the country. The DOST Onestore is a user-friendly online store which houses hundreds of various products created under SETUP, such as food, food supplements, handicrafts, and personal accessories. It also has an integrated payment system that is safe for use by clients in and out of the country.

Some of the coffee products which Greentropics Coffee Enterprise produces.

Through the Onestore, SETUP adopter SMEs can now reach and compete with the local and global markets. Montejo said the DOST will continue to bring technological solutions and innovations to address the many pressing problems in the country even beyond 2016.