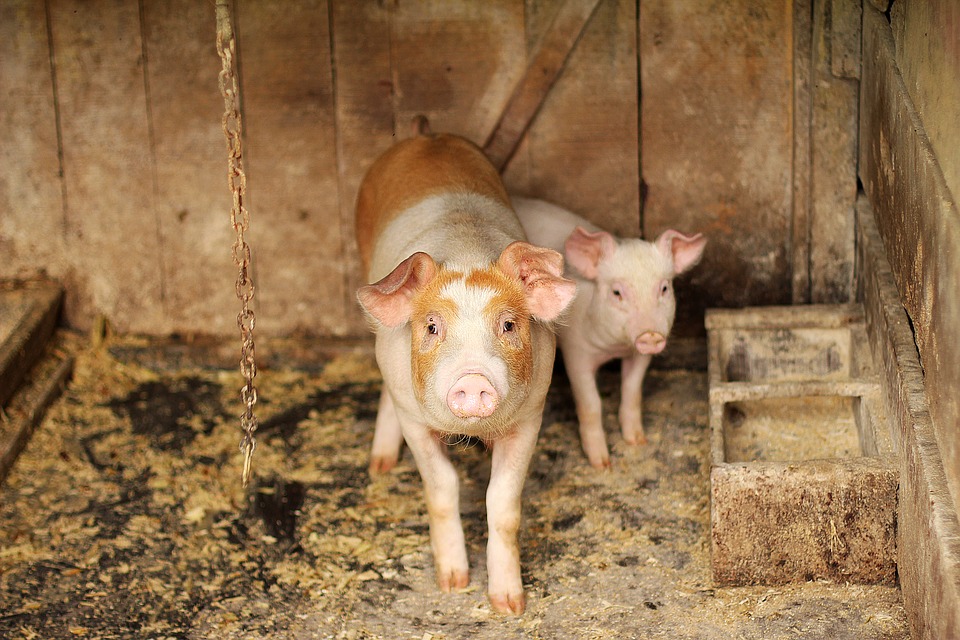 Ron Pineda of San Fernando, Pampanga is not the typical farmer. After all, he is a graduate of Bachelor of Science Major in Management from the Centro Escolar University and is just in his early forties.

He went into the jewelry business right after graduation. Afterwards, he established Traveldotcom Travel and Tours, a travel agency that organizes Pampanga tours catering to local and foreign tourists. These tours showcase Pampanga products and include visits to organic farms. The highlight of the tours is indulging in the famous Kapampangan local cuisine; during the experience, organic produce is cooked and served to the guests.

Inspired by local chefs, Pineda dabbles in cooking and raises his own vegetables and herbs in containers to make them available for his family’s consumption. A health enthusiast enjoying an active lifestyle, he advocates eating healthy organic food. His wife Maria Celeste, who is also into cooking, shares this passion.Their children—Samantha, 13; Nicole, 10; and Denise, 9 are being raised with healthy, organic food.

Pineda, his wife Maria Celeste, his parents, and daughter Nicole share a passion for healthy food.

He introduced the concept of healthy organic food to his parents, Mr. and Mrs. Emmanuel Pineda, who readily embraced it. They were immediately convinced by the idea of growing their own food to ensure that this is indeed safe and organically grown.

Pineda then convinced them to join him in a family endeavor and convert their family farm into an integrated organic farm. His siblings Mary Manette and Bernard readily joined the family enterprise and are enthusiastic about the project—and so came about the birth of OrganikOption Integrated Farming. Pineda, aware of his limitations in the field of agriculture, attended seminars and training sessions on organic agriculture to ensure the success of the project. He attended the seminars of Ronald Costales, Andry Lim, and Dr. Erwin Cruz to better prepare him to manage the enterprise and make his family confident of its success.

Piggery pens and housing are constructed according to organically prescribed designs.

In November 2014, the integrated farm project was initiated with the setting up of the organic piggery. Pineda saw to it that the principles he learned from the seminars he attended were implemented. The pens and housing were built according to organically prescribed designs.

Open-pollinated, non-GMO corn was planted utilizing part of the farm to provide for the primary ingredient of the animal feeds mixed with a variety of materials like soya, golden snail meat and shell, rice bran, copra, water hyacinth, duckweed, azolla, egg shell, and other organic materials that were available on the farm and in nearby communities. The farm prepares its own animal feeds using probiotic principles. Fermented plant and  fruit concoctions are also used as feed and water additives to boost the immune systems of their animals.

Forage and grass feeds were planted in the open spaces still available at the farm to make these readily available to augment animal food sources. Azolla is grown in the fishpond. Also planted all around the farm are herbs and flowering plants to provide raw materials for the organic preparations, as well as repellants for harmful pests and attractants to beneficial insects.

Currently, the farm already has a market for its produce. Digital marketing and social media are used to market the farm’s products, but direct marketing remains its number one marketing tool. Pineda’s family and friends are the first buyers—to the point that their pork is already pre-sold even before their fatteners are butchered.

The farm also produces processed meat products like longganisa and tocino, prepared organically with herbs and spices. OrganikOption Integrated Farm boasts that their products come from animals free of antibiotics, ractopamine, growth hormones, and stress; they are also a naturally grown meat source.

Confident that he has already established the systems for the farm’s organic pig project, Pineda decided in early 2015 that it was about time to add another livestock that would contribute to the sustainability of the integrated farm. He read about rabbits and became interested in them, so he attended the Rabbit Farming Seminar at the AVEN Nature’s Farm conducted by Art Veneracion in Baliuag, Bulacan.

Rabbits multiply fast and their reproduction capacity is very high.

Pineda was quickly convinced that rabbits would make the best addition to his integrated farm. He noted that rabbit farming requires a very low investment and requires only a little space. The animal’s capacity for reproduction is very high and it can begin breeding at 6 months old; thus, raising rabbits can be extremely profitable if managed properly.

Rabbits are vegetarian animals, making it easy and affordable to feed them, and they do not compete for grains with humans. Rabbit manure is almost odor-free if kept dry and may be used fresh or decomposed as fertilizer. This will provide valuable inputs to the vegetable and high value crop plantation that is already in the pipeline. On top of all these advantages, rabbits are a good source of healthy, nutritious, and delicious meat. Pineda has already put up a rabbitry at the farm. He is careful to grow the rabbits in a clean, quiet, and stress-free environment.

Preparations of cages and infrastructure for the rabbitry expansion are already being implemented. He is confident that these rabbits will provide a source of prime products to the family farm, and that raising them is a good step towards his dream of establishing a fully integrated organic farm that will also be an AgriTourism site.

Compact Mill as a Profitable Investment