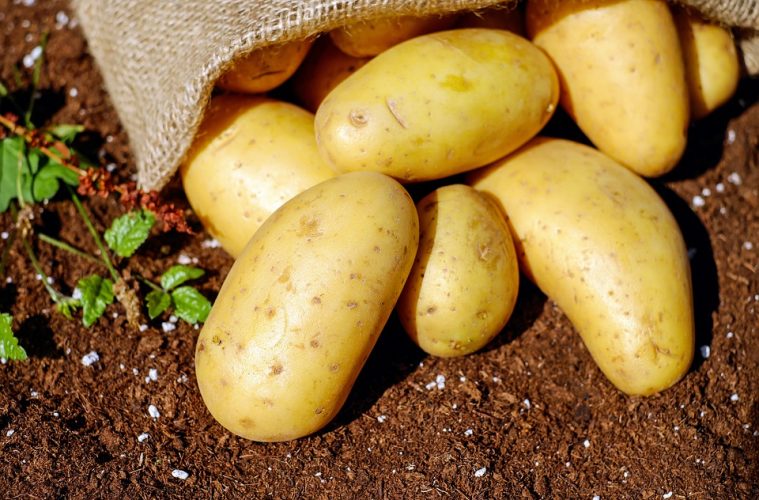 The barangay of Ablang-Sapang, Moncada, Tarlac City was an agricultural community, growing crops such as sweet potato, corn, rice, turnips, and vegetables. However, in 1991, Mount Pinatubo erupted, affecting the provinces of Pampanga, Tarlac, and Zambales. Farmers were devastated to find their crops buried in lahar.

Engineer Cesar L. Tabago, chief executive officer of the Sapang PMPC, shares the success story of their cooperative with the participants of the field day/harvest festival.

Engr. Cesar L. Tabago, chief executive officer of Sapang Primary Multipurpose Cooperative (PMPC) said that this was unfortunate as the residents of Moncada, Tarlac relied on planting sweet potato and other crops for their livelihood. Three years after the eruption of Mt. Pinatubo, the lahar that buried their crops became a blessing to Tarlac’s farmers.

According to the Tarlac College of Agriculture (TCA) Director for Research and Development Dr. Lilibeth Laranang, lahar mixed with the soil in the field and made it sandy, the type of soil suitable for growing sweet potato. The farm soil in Tarlac, according to Tabago, paved the way for making the province the largest commercial producer of sweet potato in the country, with 5,600 hectares of field planted to the crop.

Meanwhile, reject sweetpotatoes, which used to be left in the field to rot, are now turned into dried sweet potato chips that can be processed as animal feed. Combined with its earnings from fresh sweet potato, Sapang PMPC had its first purchase order for the year amounting to Php30,200,000.

Sapang PMPC plants sweet potato from August to March and harvests from November until June or July. Sweet potato varieties Kinerots, Inubi, Super Taiwan, and Super Bureau are  the four varieties that are planted in its 2,000-hectare farm.

Our forefathers who were also sweet potato farmers did not have [the] information or linkages to make their [farms] productive. Today, with the help of TCA and with the Sapang PMPC, we can say, ‘may pera sa kamote’,”said Tabago.

TCA has been supporting the cooperative since its establishment by providing clean planting materials. This initiative was done through a project funded by the Philippine Council for Agriculture, Aquatic and Natural Resources Research and Development of the Department of Science and Technology (DOST-PCAARRD) called “Promoting commercialization of  sweet potato clean planting materials (SP-CPM): support to the food and feed industry in Central Luzon.”

Reject sweet potatoes are dried and processed into feed for animals and livestock.

Aside from clean planting materials, Tabago said soil preparation is key to having a bountiful harvest. “We make sure that the soil is powdery by harrowing using a tractor 10 to 14 times. This increases our sweet potato productivity,” he said. Tabago highlighted the success story of Sapang PMPC during the sweet potato field day/harvest festival of the Farms and Industry Encounters through the Science and Technology Agenda (FIESTA) organized by TCA in Sapang, Moncada, Tarlac.