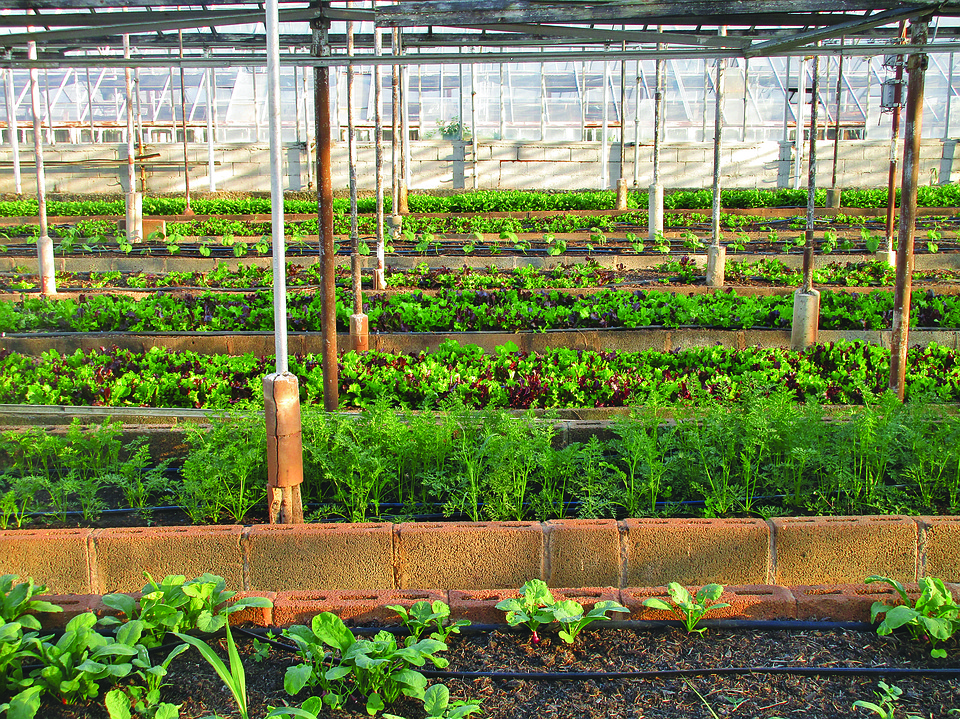 Would you believe that rows of vegetables and flowering plants are very prolific at the Quezon Memorial Circle in Quezon City?

Yes, you can easily find different varieties of vegetables and ornamental plants in the main demo farm of “Joy of Urban Farming” at the Quezon Memorial Circle. This program was launched by Quezon City Vice Mayor Joy Belmonte in 2010.

Since green leafy vegetables like lettuce, pechay, and upland kangkong have shallow roots and can be planted in raised beds that are enclosed with hollow blocks and filled with the desired planting medium.

From three demo farms, the city now hosts 166 urban farms which can be found in different barangays, public elementary schools, day-care centers, parishes, and even in areas maintained by the various non-government organizations (NGOs) from Districts 1 to 6 in Quezon City.

The program is being funded by the Vice Mayor’s office.

“When I started the program, the problem was the mindset that farming is not compatible [with] the city. It is just a mindset. You can do [a] vertical garden or start with small containers,” Belmonte explained.

According to “Joy of Urban Farming” project head Cristina Perez, they are slowly trying to convince people to adopt the idea of cultivating their own food – basically, to provide them with a safe and healthy diet.

Perez said they started the program with just a 750-square meter area near the chain of restaurants at the Quezon Memorial Circle (QMC) in 2010, but moved to a better site at the QMC in 2014 which now measures 1,500 square meters.

The DA and the DENR have been providing financial grants, while the urban farm sources its planting materials from ABC.

In the near future, Perez said the local government of Quezon City might be able to institutionalize urban farming through ordinances and appropriate programs to cover all the barangays in the city, including more elementary and high schools.

“Urban farming is not impossible to do. In fact, urban farming is ‘doable’ even in very limited spaces,” Perez explained. “You just have to be creative to be able to utilize the small spaces or areas within a community – or even in your own homes.” 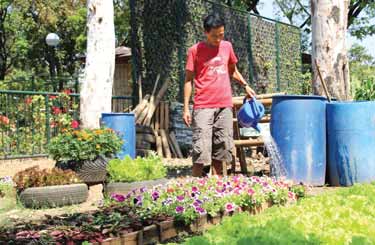 Mang Ruben, one of the plant specialists at the Joy of Urban Farming, regularly waters the plants to ensure and maintain their growth. 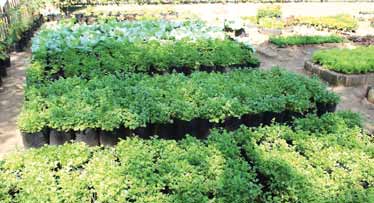 Different herbs and other greens are also cultivated at the urban farm. 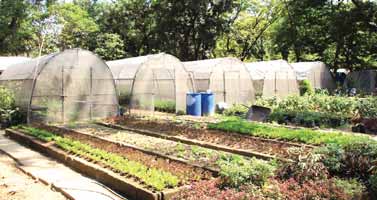 The greenhouses at the urban farm in Quezon Memorial Circle. 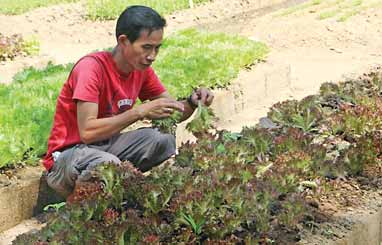 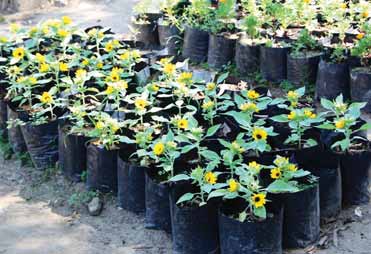 Potted sunflower varieties also grow very well at the urban farm, like the Vincent’s Choice variety with lighter yellow petals and a dark center, as shown in photo. 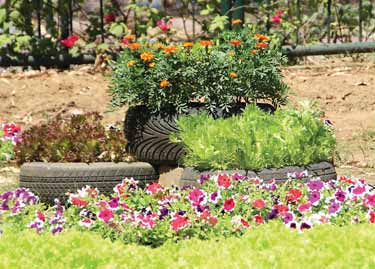 Instead of discarding old tires, these can be used to plant different varieties of lettuce and flowering plants.

When asked about the mechanics of the program, Perez said the members of the participating barangays or schools will have to undergo a series of seminars about urban farming.

Then, the concerned barangay chairpersons should be responsible for initiating and maintaining the urban farms, while a team from the “Joy of Urban Farming” will first conduct an ocular inspection of the proposed farm area, and an agriculturist will devise a plan based on the available area.

However, the concerned barangays, schools, parishes, or NGOs should provide the land which will be developed into an urban farm. Eventually, the barangays may tap the services of street sweepers and barangay watchmen (tanod) to help in maintaining the farms.

Perez said the program will provide the necessary start-up kits, such as basic farming tools, seedlings, and other farm inputs. But she pointed out that this is not a dole-out program, saying that the start-up kit only covers initial assistance. The urban farms could soon become self-sufficient. “Each urban farm is expected to become self-funding and sustainable in the long run.”

To develop a small space into an urban farm is not impossible; one just has to be practical. Perez said the main demo farm at the QMC is noticeably small for a typical farm, but everything is in place.

She said that to utilize every available space, vegetables are planted neatly and organized, and for creating additional planting spaces, the use of recycled plastic soda bottles is highly recommended. And since green leafy vegetables like lettuce, pechay, upland kangkong, and the like have shallow roots, they can be planted in recycled containers. “This way, you [can] utilize the three ‘Rs’: reduce, reuse, and recycle,” Perez added.

Although urban farming is “doable” and easy to achieve, the main hindrance is the lack of political will among the officials in the barangay level, Perez lamented. For example, a barangay
chairperson can wholly support the program on urban farming, but after his or her term, the next barangay chair might not be as enthusiastic about it.

Perez noted, however, that NGOs have continuously maintained the sustainability of their respective urban farms, saying that most of them have been using their farms or gardens for livelihood programs and even for feeding projects in their respective localities.

“The main objective of the program is to improve nutrition as well as to alleviate poverty,” Perez explained, adding that the program will guide interested families as they venture into farming in their own backyards.

“This [project] could provide them with nutritious food as well as additional income for their daily needs,” she said.

“The program also intends to protect the environment because we do not use chemical fertilizers,” Perez said, adding this will maintain the natural condition of the environment, and make the vegetables safer to eat.

Noticeably, the vegetables at the “Joy of Urban Farming” demo farm are very prolific and healthy, especially the different varieties of lettuce. When asked about the materials or inputs, Perez said they source most of their planting materials, such as Condor seeds, from Allied Botanical Corporation.

Those who want to visit the “Joy of Urban Farming” at the Quezon Memorial Circle will find that admission is free. They can even learn the basics of urban farming from the agriculturists and farm technicians based in the urban farm at the QMC. Perez says that more than 43,000 individuals have already visited the “Joy of Urban Farming” and many of them have already started their own urban farms.

Who knows, the farmer in you is just waiting to be inspired to be able to venture into the
wonderful world of urban farming and gardening.

Creating a Sustainable Farming Community Through a Social Enterprise