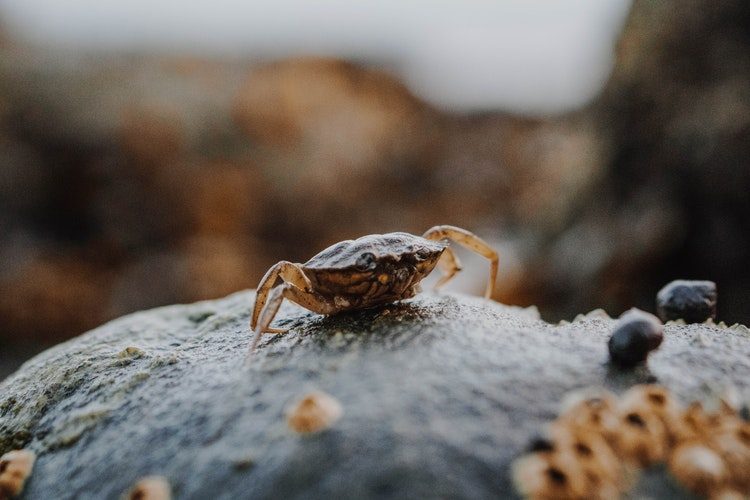 The ‘talangka’ or river crab (Varuna litterata) is a small crab belonging to the family Grapsidae. It is related to the bigger and more familiar mud crab or “alimango” (Scylla serrata) and the swimming crab or ‘alimasag’ (Portunus pelagicus), which belong to the same family.

While the bigger crabs are relished for their claw meat and fat (‘aligue’) by seafood lovers, ‘burong talangka’ (fermented crabs) or ‘taba ng talangka’ (cooked crab fat) are much sought after by connoisseurs. Aside from the Philippines, the “talangka“ is also found in the estuaries of India, Malaysia, and Thailand.

We were recently invited to Camarines Sur by the National Academy of Science and Technology (Philippines) through its Executive Director Luningning Samarita-Domingo of the Department of Science and Technology (DOST) and DOST-Region 5 Director Tom Brinas. During a field trip, we learned about the biology of talangka from the Bicol River and its processing into crab paste.

Processing of “talangka” in Camarines Sur.

From the Bureau of Fisheries and Aquatic Resources (BFAR) in Region 5 (Bicol), we gathered that the talangka lives along the banks of the Bicol River that traverses Camarines Sur. It is a euryhaline (able to adapt to a wide range of salinities) species capable of moving out to spawn in the sea where its young develop and then move into the river until they become mature. The crab is said to be a scavenger feeding on decaying organic matter in the water and can grow to a weight of 65 grams each. The mature crabs move out to the sea (Ragay Gulf) from the Bicol River in the rainy season (July to December).

In Camarines Sur, fishers catch the talangka using a gear known as “biokos,” which is a round, cone-shaped net. Fishing for the crab at night is done twice a month during the two highest tides of the rainy season. In the peak months of August to September, as much as 2 to 3 metric tons of the crab are caught by each fisher per month. The live crab is sold to fish vendors or processors by the fishers at R50 per kilo. The estimated production of talangka from the Bicol River in the province is 150 to 225 metric tons (mt) per year.

In Gaimza, Camarines Sur, we met Teodora Aquino, president of the Cagbunga Crab Paste Producers Association of Gaimza (CCPPAG) with 18 members. She told us that they started producing semi-processed (uncooked) crab fat in 1994 to supply a buyer from Pampanga where the talangka fishery was devastated by the eruption of Mt. Pinatubo in 1991. They were then paid only P100 for a kilo of the semi-processed product. It takes about 100 kilos of live crabs to produce 25 kilos of the product. At present, a kilo of semi-processed crab fat is worth P320.

With financial assistance from the Canadian International Development Agency (CIDA), the local government of Gaimza, and a non-government organization in 2011, the CCPPAG was able to put up a processing facility for the production of processed (cooked and ready to eat) crab fat in bottles. DOST-Region V also provided technical assistance to the group in the form of freezers for the semiprocessed product, a machine for de-fatting the crabs, and laboratory tests for product quality assurance.

Today, CCPPAG produces three boxes with 24 bottles each of processed crab fat every week for delivery to market outlets in the cities of Makati and Mandaluyong through public transport. The group is able to produce their product throughout the year by stocking up on semiprocessed crab fat during the crabfishing season. Cooking is done with vegetable oil, vinegar, garlic, and seasoning. The cost for producing a bottle of crab paste (230-gram net weight) is R60 while its factory price is P100. Last year, CCPPAG had gross sales amounting to 310,000 pesos.