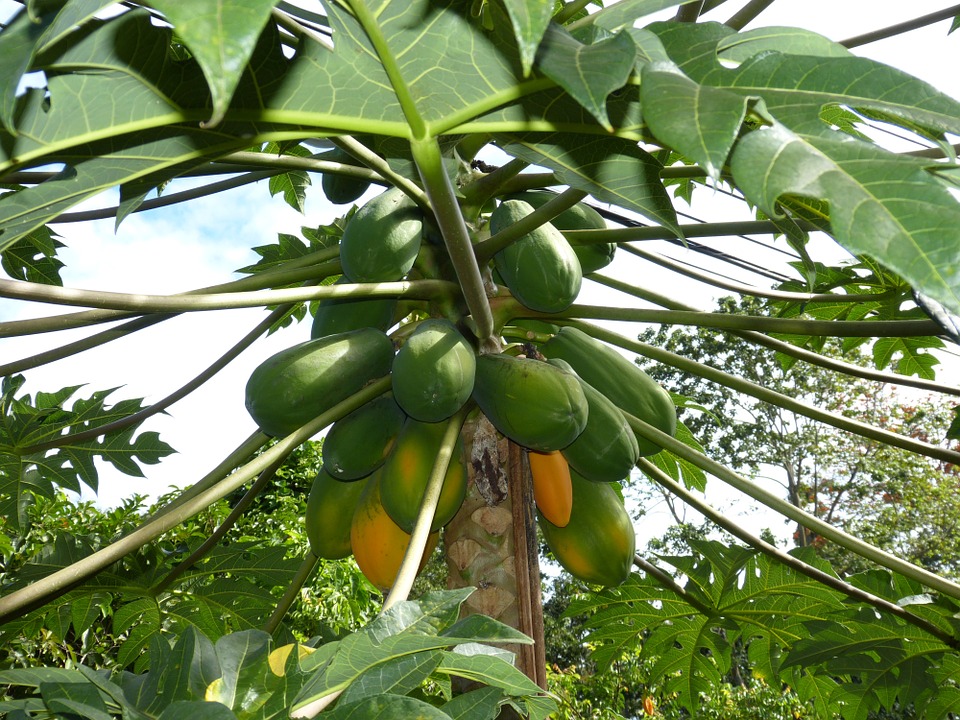 By Julius Barcelona and Aubrey Villablanca

Lito Tablega of Barangay Tuyom, Carcar, Cebu is not the owner of a large plantation, but a humble farmer who simply wants the best for his family. With only 3,000 square meters of land planted to sitao (asparagus beans), ampalaya (bittergourd), and talong (eggplant), life was laborious for him and his family of four. Previously, a good harvest of his vegetables would earn him, at most, R20,000 per month if he was lucky enough to find a buyer for his produce. Otherwise, he would have to rent transportation to reach the local market. He had to take out debts to pay for his older debts. Life was hard.

In 2006, Tablega met Leonard Mirador of Harbest Agribusiness Corp. in a chance encounter; at the time, Mirador was looking for ampalaya farmers. But he saw the potential in Tablega’s small plot of land, and suggested the latter try planting papaya. Tablega was no stranger to papaya; Carcar has a small production of native papaya varieties, with small, thin, yellow fruits, and he knew that papaya was low maintenance, but could be harvested for a very long time, and so he thought, “Why not?”

He decided to take a risk; expending R750 for 2 grams of seeds was already an extravagant purchase for a man living in debt. Yet Tablega believed that perhaps papaya would be able to
free him from having to depend on buyers who might not even arrive. Also, he had heard that Red Lady was popular in Carbon Market, and he felt he could risk the higher cost to bring his papaya to Metro Cebu in exchange for the promise of a higher income.

Starting a new crop, however, is no joke, especially when you are risking as much as Tablega was. Red Lady needed a lot of space to grow, and with only 3,000 square meters of space, he would have to sacrifice some of the crops he had already planted. With a heavy heart, he uprooted a fifth of his field, tore down the trellising, and cleared about 600 square meters just to make way for Red Lady.

Tablega worked hard on his new crop, asking around for information on how to fertilize, medicate, and care for the new Lady in his life. He took information where he could find it. He
would be in the field the entire day and upon arriving home late in the evening, when his wife Jeanalane asked him “Where have you been all day?” he would jokingly respond, “With my Red Lady.”

He soon learned that Red Lady could be attacked by red spider mites, whiteflies, and aphids, and constantly sprayed hexythiazox and dimethoate to prevent such infestations. Tablega also learned that fungal infections were always a concern, and he applied mancozeb religiously to prevent these. Thankfully, Papaya Ringspot was not a major concern in his area, but even if it were, Red Lady was naturally tolerant of this killer virus. Every month, he applied a handful
of complete fertilizer to each growing tree; every day, he watched his precious trees grow; every night he would pray, pray, and then pray even more.

Four months passed, and soon, it was the height of summer. To his great surprise and excitement, Tablega saw small fruits beginning to form on his trees. It would be two months later, on the sixth month, when his papaya would be ready to harvest, with fruits weighing between 2-3 kilograms (kg) each. He was making preparations for his harvest to be brought to Carbon Market in the Cebu Metro when a stranger approached him and offered to buy his fruits for 10 pesos a kilo.

At the time, Tablega thought this was a very good price, but after he talked with his wife, they agreed to wait a little longer. A few days passed and they were beginning to worry, wondering if they should have taken the first offer they received. But then a second stranger arrived, and to their shock and amazement, he offered to buy their papaya for 18 pesos a kilo. At 1,200 kilos for his first harvest, that was more than P20,000. A fifth of their land had already made them a little bit more money than the entire field.

Tablega and this buyer entered into an agreement: the buyer would come back once every two weeks to buy the harvest, part of which was unripe fruit for cooking tinola, and most of which would be fresh papaya fruit. Elated, Tablega was ready, right then and there, to pull up all of his old crops and plant everything to papaya. Reality intervened, though, and it would be a few more years before he would be able convert his entire plot of land to papaya.

Now, ten years later, Tablega’s initial hardships have dissolved and been replaced with a firm, unshakeable belief in Red Lady. He currently has three batches of Red Lady planted in his small plot of land. He boasts about how he maintained his Red Lady papaya trees for two years of continuous harvesting. His experience has also grown; he now uses chicken dung instead of synthetic fertilizers, as he has discovered that the slow release of nutrients from the decaying chicken dung is much more beneficial to the slower growing Red Lady trees.

He gets yields of about 23 tons from his 3,000 square meters, and earns about half a million pesos for each cycle of harvesting. While this is a modest sum by plantation standards, for a humble farmer only looking to pay for his children’s tuition, work off his debts, and enjoy the pleasures of a simple life, it is more than he could ever ask for.

When asked if he has any advice for new Red Lady farmers, Tablega says, “Always consult your wife or husband about it. It is better when the decision comes from the both of you. Don’t waste any opportunity; make it work. Work hard so you can get good results in the end. I am not a big farmer and my family is not rich, but my children are in school, my debts are always paid, and Red Lady has changed my life for the better.”

Lito Tablega, 54, has since grown his family of four into a family of five, with the two eldest children now in college. Red Lady Papaya is a product of Known-You Seed Philippines, Inc. and has been distributed in the Philippines for the past 18 years by Harbest Agribusiness Corp. For inquiries and orders, call 0917.320.1689 or 0999.968.0630; fax (075) 632.1785; email kyp@knownyou.com; and follow the company on Facebook at www.facebook.com/kyp168.

How to Determine the Type of Seed to Plant

Climate Change Can Cause Another Shift in the Earth’s Vegetation