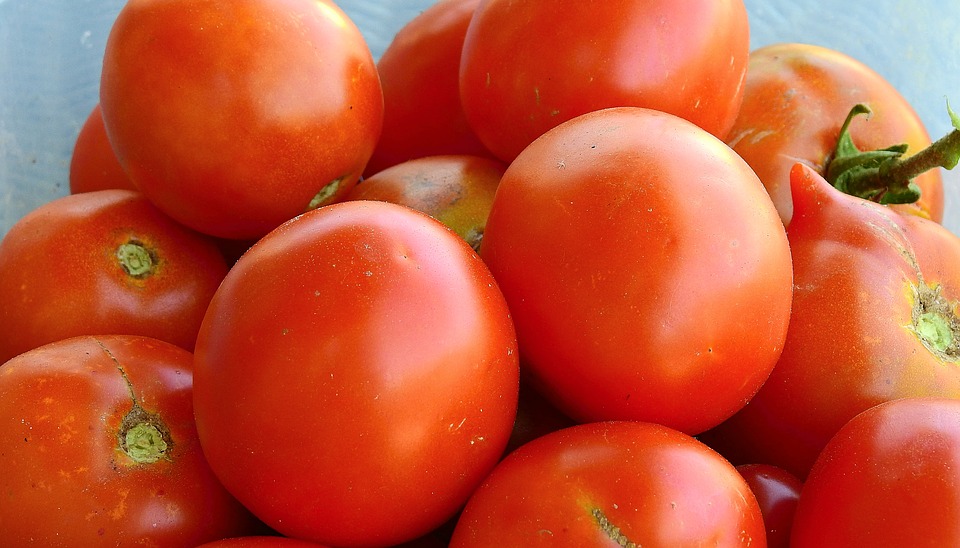 Anyone who has ever wondered why some tomatoes can taste so bland might be interested in the work of two Agricultural Research Service (ARS) scientists in Fort Pierce, Florida. They are taking two different approaches to enhance tomato flavor.

Jinhe Bai, an ARS chemist, and his colleagues at the U.S. Horticulture Research Laboratory analyzed the effects of two common practices that he suspected affect tomato flavor. Some people refrigerate their tomatoes, and some people dip them in hot water to make them easier to peel, a practice known as “blanching.”

The results spell out why it is better for tomatoes to be stored—and washed before use—at room temperature. Shelf life generally shouldn’t be a problem, Bai says. “If tomatoes have been picked green and chilled to minimize damage, as they usually are, they will remain unspoiled for about a week at room temperature,” he says. Tomatoes from a garden or farmers market that have not been chilled also will last a few weeks at room temperatures, he adds.

She and her colleagues raised 38 types of tomatoes over 7 years in south Florida and in west-central Florida, timing production for March, June, and December harvesting. In any given season, they focused on five to eight genetic types.

They subjected the tomatoes to human taste-test panels and to liquid and gas chromatography to measure levels of sugars, acids, and 29 key aroma compounds. Panelists graded the tomatoes on a scale of 1 to 9 for sweetness, sourness, and overall flavor. The scientists then correlated the different varieties, harvest dates, sugars, acids, and aroma compounds with the flavors reported by the taste panels.

The results showed that the tomatoes had to contain a certain amount of acids to have adequate flavor and that the more sugar they contained, the better their flavor. They also found that flavorful tomatoes need to strike a balance by having a sufficient number of aroma compounds, while offering consumers more “fruity notes.”

(Reprinted from the May 2016 issue of AgResearch Magazine)