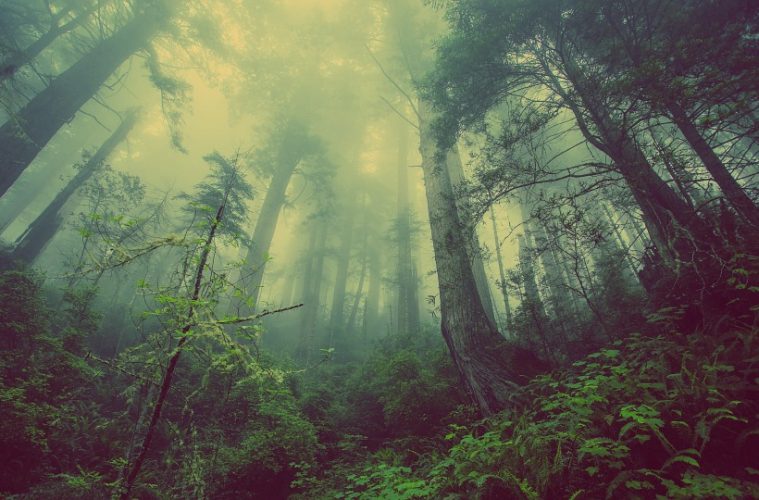 The lack of mechanization on farms is generally believed to be the main reason why Philippine farmers have fallen so far behind their ASEAN neighbors in terms of production costs. While most Asian countries began using heavy machinery in their fields during the 60’s and 70’s, wide integration in the Philippines only really begun in the last decade. Prohibitive costs and potentially displaced laborers has been cited as one of the main causes for this resistance, but  in the 1960’s, Maximo D. Ramos had different observations.

“The Creatures of Philippine Lower Mythology”, Ramos’ dissertation on the spirits and beings throughout the archipelago, is filled with strange and wonderful superstitions.  Many of these he attributes to early animist belief structures that evolved into polytheistic religions that were eventually absorbed into Catholicism – much to the chagrin of the Spanish colonizers.

Farmers were the top believers when it comes to these superstitions.

Leading the pack of believers in these superstitions were the farmers. In fact, you can’t go more than a few pages in Ramos’ work without encountering a story or recounted tale about some poor farmer who upset the spirits inhabiting the field he was working. Ramos surmises a direct link between lack of progress in one of the country’s biggest industries—agriculture—and what the folk believe concerning the creatures of lower mythology.

Further pinpointing the blocks to progress on the farms, he quotes Diosdado P. Amihan: “Another ailment which impedes the acceleration of progress in agriculture in this country is superstition. Our farmers still cling to superstition. To them, doing away with these beliefs would mean little production and the occurrence of pests and diseases of plants. In fact, it is for this reason that modern ideas and methods in agriculture have not been welcomed by the common farmers. It is for this reason too that the extension services of our government have not shown [enough] accomplishments, for the rural farmers entertain doubts and suspicions on the outcome. With almost 55 years devoted to the enlightenment of the Filipinos in the different phases of education, we still cannot say that our country has advanced so much in the agricultural field. The situation, therefore , is a challenge to every teacher.” (“Indolence and Superstition in Our Rural Communities,” Agricultural and Industrial Life, X X I I (January ,1960), 34.)

Fear of spirits inhabiting trees and earth in the Philippines dates back to the earliest records.  These superstitions are documented in many of the Spanish records as well as every anthropological study done in the 20th century. Yet for some reason, it is often ignored as one of the deterrents to modern agriculture.

Ramos gives several examples of workers warning farmers against mechanization. In one story, workers told a farm owner not to put his new tractor path going past a certain tree. When the farmer did anyway, the tractor stopped working for a large part of the day every time it passed. Eventually, due to growing expenses,  the farmer moved the path and did not have any further problems with the equipment. He also recounted stories where workers opposed the use of mechanical tools because the sound would disturb the spirits living in the fields and other nearby trees. In another example, workers refused to clear a tree from the farmland. When the farmer took the axe to the tree himself, he came down with a serious fever.

Early beliefs in the Philippines include spirits inhabiting the trees and earth.

We can’t deny that we are heading down an unsustainable path when it comes to providing food security and textiles for our rapidly growing populations around the world. Our tendency over the past several decades has been to increase farm yields by implementing heavy machinery. Unfortunately, this heavy machinery also results in more permanent damage to the soil. There are a host of natural, chemical, and biological reasons for soil degradation and erosion, but efforts are now being made to ensure that we can provide yields for today’s needs, as well as future generations.

David R. Montgomery,  a professor of geomorphology at the University of Washington and the author of Growing a Revolution: Bringing Our Soil Back to Life writes: “We need to reframe our agricultural policies and subsidies. It makes no sense to continue incentivizing conventional practices that degrade soil fertility. We must begin supporting and rewarding farmers who adopt regenerative practices.”

Agroforestry is a land use management system in which trees or shrubs are grown around or among crops or pastureland. This intentional combination of agriculture and forestry has varied benefits, including increased biodiversity and reduced erosion. This technique is being successfully implemented in Sub-Saharan Africa as well as parts of the United States. Curiously, this is something the Philippines has been doing all along through accommodating mythical spirits and superstitions surrounding them. Early animist societies and modern day farm workers couldn’t tell you the science of why this works, but they knew it did.  It is not inconceivable that early civilizations had a philosophical understanding of agrophysics which they explained in the spiritual realm.

Predicting the weather, knowing when to plant, and other practices are historically rooted in superstition around the world. Just because the current scientific paradigm doesn’t recognize what could be regarded as the spiritual dimension, doesn’t mean it isn’t there. Our interpretation of ancient beliefs is limited to our current acceptance of the physical world. As modern science advances, we are easily drawing parallels to general understandings from early belief systems. Our animist ancestors believed that everything was connected and that you could not take away without giving back.  They created a sustainable life in their surroundings. Science is now proving that everything has an energy that everything is actually connected – not just in theory, but based on the physics of reality.

When we replace early understandings of animated spirits with our modern scientific understanding of energy, it doesn’t sound so far fetched. If we are unfortunate enough in the future to find ourselves in a serious food crisis and agroforestry is part of the solution, Philippines farmers may find themselves ahead of their ASEAN neighbors  – thanks, perhaps in part, to superstition.