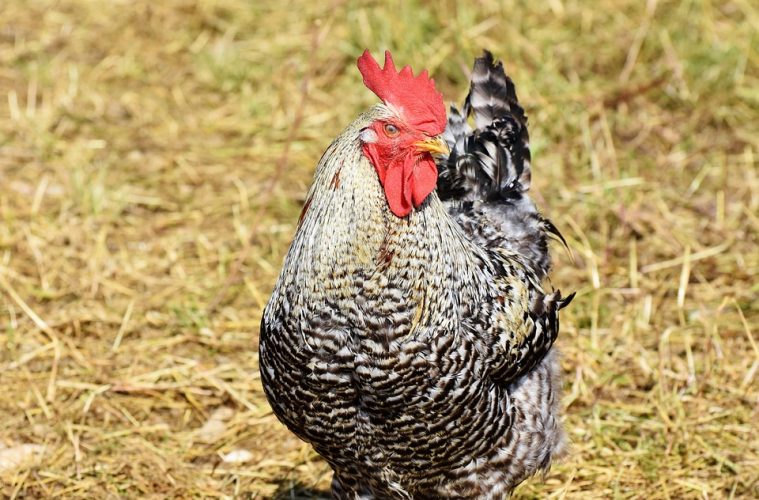 There is a big potential niche market for native chickens that is waiting to be tapped. We were talking with a consultant of a big chain of restaurants and he was bewailing the difficulty in sourcing native chickens that are more or less uniform in size and meat quality.

The demand is big but nobody can commit to supply even just a relatively small volume on a regular basis throughout the year. The reality is that farmers all over the country are growing native chickens but these are backyard operations that produce just small volumes. That’s fine for the farmers and the country because they help ensure food security for the country. And the farmers also derive an income—albeit a limited one—for their family’s upkeep.

The trouble is that because of the limited and scattered production, the viajeros (travelling buyers) who buy for big clients have to settle for a mix of native chickens that include four to five-month old fowls and old culls with very tough meat. In other words, the quality of the meat is very variable.

Our consultant friend said that many restaurants would love to offer dishes like the native “tinola” using native chickens but they simply cannot get the supply they need. We are sure that if a certain restaurant offers native chicken dishes, customers will really patronize it. And such eating places could be situated in many places in Metro Manila where there are customers who would not mind paying a high price for such special dishes.

There are several strains of native chickens coming from different parts of the country. These include the Paraoakan from Palawan, Banaba from Batangas, Bolinao from Pangasinan, Darag from Panay, Camarines from Bicol, and Jolo from the south. They have one common trait, and that is their special flavor. But they are variable in several respects.

There is hope, however, that in the not-so-distant future, native chickens with improved performance will be available to farmers for production on a larger scale so that the demand in the market can be filled. That will certainly generate more business opportunities for farmers, traders, and end-users.

Native chickens reared in an enclosure. Note the vines above that provide
some shade.

There is a need to develop a strain or strains of native chickens that are true to type. This means that when they are multiplied, the birds more or less have the same color of plumage, body size, growth rate, resistance to pests and diseases, and other desirable characteristics.

Government researchers as well as private entrepreneurs are now working to develop breeds or strains that are true to type. In the private sector, one of them is Ernesto Abalos, who has developed the white Paraoakan through constant selection. Another is Nick Bihis of Ibaan, Batangas, who for the last three years has been aiming to develop a strain of Banaba chicken that is true to type. He is technically qualified to do that because he is an animal science major from UP Los Baños.

Black females result when the Banaba and Paraoakan are crossed.

In the government sector, the National Swine and Poultry Research and Development Center (NSPRDC) headed by Dr. Rene C. Santiago in Tiaong, Quezon, has been conducting research studies on native chickens. They have, for instance, developed a uniform-looking Paraoakan with mottled plumage. They have also crossed the Paraoakan with Banaba to come up with an all-black female hybrid. To make native chicken-raising profitable, they have come up with feeding recommendations using materials readily available on farms like palay and corn byproducts. They have also recommended the use of azolla and other forage crops as supplementary feeds.

To tap the niche markets for native chickens, serious entrepreneurs are needed to undertake projects that are run like honest-to-goodness businesses using the latest farming and marketing technologies from government and private sources.