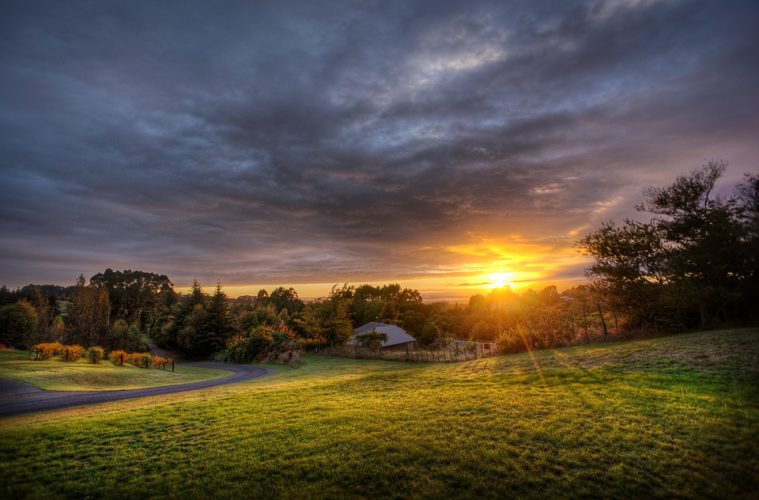 Machines During the Renaissance

During the 17th and 18th centuries, the Enlightenment or Renaissance swept across Europe. New ideas were given light and brought about an agricultural revolution. Scientists and others alike focused on the productivity of crops and animal husbandry.

Among the enlightened minds was François Joseph Rey de Planazu, a member of the Société Physique et Économique de Zurich. He delivered a series of lectures in 1786 on agriculture and technology.

His talks resulted in invitations to various numerous estates in Eastern France where he shared his knowledge and gathered information on innovation.

As a result, Planazu published Oeuvres d’agriculture (Agricultural works). It has 26 sections, each dedicated to a member of nobility, featured the relevant coat of arms along with a farming innovation discovered at the estate.

Below are some machines and other developments that Planazu found. A machine for threshing wheat. 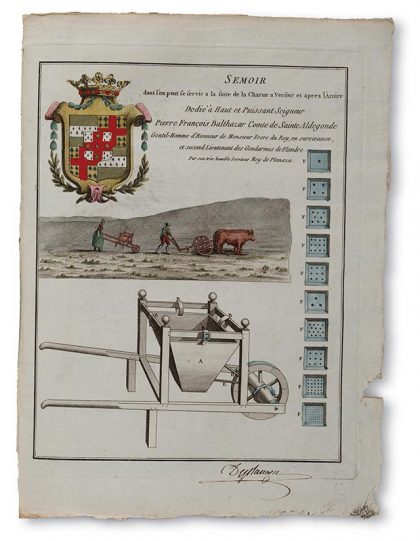 A seeder, shown following a plow. 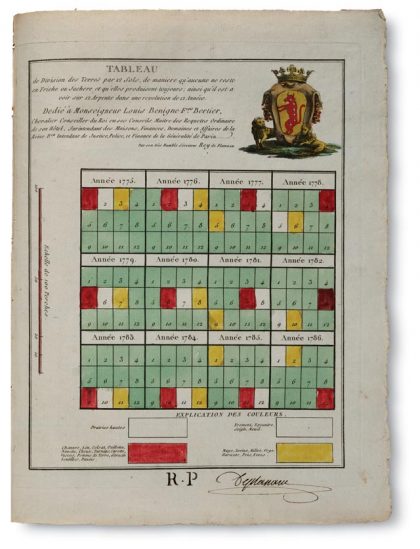 A plan for rotating crops across 12 plots of land over 12 years so that no field ever lies fallow. 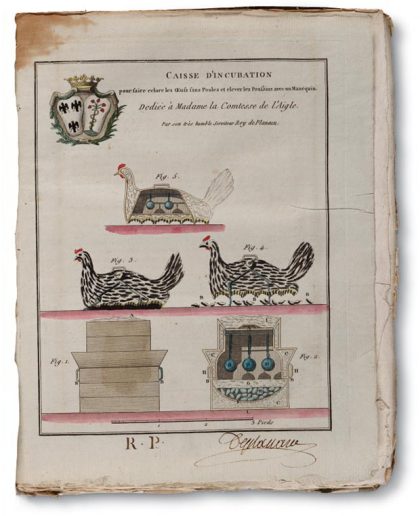 An incubation shed. Three suspended cannonballs are heated and replaced regularly to warm the eggs, which sit on a bed of straw and feathers.