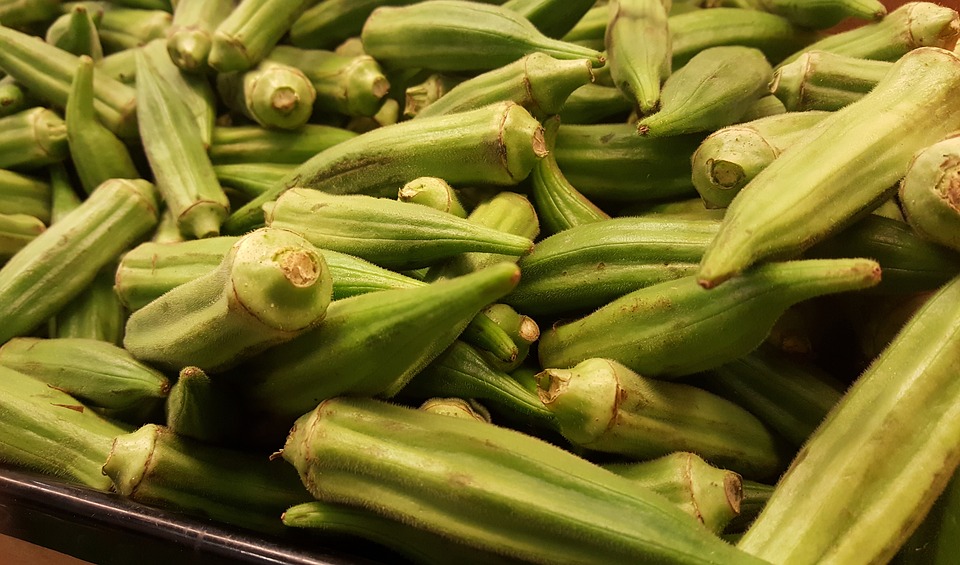 This is the story  of Silvino Contreras Lascieras, a successful okra farmer from Barangay San Roque, Sariaya, Quezon.

Ka Bino, the 5th child of 13 siblings, is the son of a vegetable farmer and a homemaker. As a boy, he would help his father by weeding their field or harvesting rice for other farmers so they could have some share of palay harvest. Their vegetables, they sold to traders at very low prices. He learned the value of industry and hard work at an early age.

After his crop of okra last September, Ka Bino planted the area with tomatoes of Diamante Max variety, now flowering and will be harvestable early in December. He hopes to hit a “jackpot” which in the farmers’ lingo means high price with abundant harvest.

From baker to farmer

Because his family didn’t have the funds to send him to high school, Ka Bino had to forego his dreams of becoming a lawyer. Instead, he found his calling as a baker. Starting at a bakery in Lower Bicutan at the age of 18, he rose through the ranks until, as a family man, he was able to rent and operate a bakery in Batangas City. In between all this, he would find himself gravitating towards what characterized his childhood: growing vegetables. It was this that he would fall back on when the bakery’s owner sold the business and Ka Bino and his family were forced to move back to his and his wife Carina’s hometown.

In 2004, he heard that Sentrong Pamilihan ng Produktong Agrikultura sa Quezon Foundation, Inc., a vegetable trading center was being put up in Sampaloc 2, Sariaya, Quezon. Membership to its Farmers’ Association was open. More importantly, the organization was offering financial assistance to members who will be the main suppliers of vegetables in the said trading center, which was popularly called “Procy”.

Okra is more than okay

Ka Bino leased a 2,000 sq.m. plot of rice land and converted it into an okra farm. He decided to plant okra as it is easier to maintain and bears fruit after 45 days from planting which has to be picked every other day for the next five months. He takes his harvest to Sentrong Pamilihan, whose marketing unit sells their vegetables to traders from Metro Manila and other provinces as far as the  Bicol Region thru public bidding.

While okra is easy to maintain, it was harder to harvest than he thought. Okra’s leaves, branches, and stems are full of “bulo” (hair) which is very itchy to the skin. Ka Bino fends them off by wearing a raincoat, rubber boots, long sleeves and gloves. He also bought a headlight as harvesting should be done at about 10 pm so that it can be brought to Procy at 4:00am the next day to catch up with the height of marketing activity and thus, higher prices.

Okra plants are sturdy against the varying weather conditions.

All in the family

When Ka Bino’s siblings saw that okra farming was very profitable, they also applied as members of the Farmers’ Association of “Procy” and in no time, were all into okra farming. They only had to give the soil a rest by planting other crops, then it was back to okra again.

Life was becoming better for Ka Bino and Carina and they were able to have their concrete house finished.  Ka Bino expanded to leasing other parcels of land for okra farming thru the local sharing system called quintosan, probably from the Spanish word quinta meaning fifth (5th).  For every five parts of harvest, the farmer gets four (4) shares, while the landowner gets the fifth share. Soon San Roque became known as the “Okra-Producing Barangay” in Sariaya, Quezon,  His relatives have leased other lands to expand their operation.

Some bumps in the road

As okra supply increased, naturally, prices were pulled down.  Aside from that, there were complaints from buyers that the okra blackened fast, making plenty of rejects.  Ka Bino tried to discover why.

He found that as a market practice, all vegetables sold at Procy are bundled in 10-kilo plastic bags marked Sentrong Pamilihan.  After being picked, all harvests are piled and then bagged without considering that the vegetables are still wet with dew as it is picked at night and early morning. What more if it was raining during the harvest?  Wetness is trapped in the bundle and heats up as you can see the water vapor droplets in the plastic. The heat produced dries up the fruit and soon they will be black.

It was to Ka Bino’s advantage that his farm is not too far from his place and accessible by tricycle. Now, he brings his harvest home before it is bundled. He has a big bed-like structure with bamboo slit flooring. He spreads the harvest on the bed and let the wetness drip thru the bamboo slits. He also aims four electric fans at full blast at the okra bed. Sometimes, he occasionally turns the okra over by hand. The drying process takes about half an hour. The produce is bundled and sent off to Procy. His okra doesn’t blacken anymore and look as fresh as if it was newly picked.

45 days from start of planting, okra will yield harvestable fruits. Its fruits should be harvested every other to prevent it from over-maturing.

A 2,000 square-meter  okra plantation starts yielding about 50 kilos on the first month, gradually increasing to a peak of 300 kilos per harvest on the 3rd month, then gradually decreasing up to the fifth month.

He learned that clay soil is best suited to okra because water is trapped longer in clay soil, unlike in sandy soil where water is not held by sand. Okra however do not want wet land for longer periods, that is why a canal in between beds should be provided so that water can flow.

There are two kinds of seeds suited for each of our seasons.  For rainy season, it is better to use Condor Okra Seeds. For dry season, use East West Okra Seeds. They have almost the same prices. The break-even point for okra is P10/kilo.

Okra plants are sturdy. Even if they fall to the ground during a typhoon, they can recover, keep upright, and still bear fruit.

Planting of okra is most profitable when done with proper timing. Generally, okra sells high during the Ber months.

Ka Bino sees to it that he has planted before the end of July. When typhoon hits the Northern Provinces during rainy season, their okra plantations will be damaged, rendering a shortage in Metro Manila. Lowland vegetables including okra will be in demand, commanding a higher price during the early part of the year.

The emergence of Sentrong Pamilihan or Procy in Sariaya has changed to lives of its members. One can plant as many crops as they want and not have to worry about marketing their harvest, as Procy does that for them.

Members can likewise lease as many parcels of land as they can manage. Every phase of the work can be done by hired labor: from clearing, ploughing, land preparation, planting, spraying pesticides and fungicides, fertilizing and harvesting. Labor prices for harvesting goes up and down with the existing price of vegetable from P3/kilo to Php8 per kilo. For a farmer, it means higher input, but they will be repaid thru higher output and still earn profit.

This development has something to do with the life of Silvino Lascieras. He was able to send his three children to private school and college. His okra farm also enabled him to pay for most of the medical bills when his youngest daughter contracted cute leukemia at four years old. The rest were paid with the assistance of the Sariaya Association of California, a group of professionals and businessmen from Sariaya, Quezon living in California, USA, which proves that the Filipino bayanihan spirit is alive and well.

Okra farming has been the saving grace for Ka Bino’s family during trying times.

Okra farming has pulled his family through the most trying of times. Today, Ka Bino has a total of 2 hectares of land with three parcels dedicated to okra.  He may have inspired the framers of their barangay as today, the left and right sides of the new Eco-Tourism Road that traverse Barangay San Roque are wide okra plantations.

Indeed, luck has smiled on Ka Bino’s family. His son passed his examination as a seaman, his elder daughter topped the Sentrong Pamilihan College Scholarship Qualifying Examination for the children of Sentrong Pamilihan Farmers Association members and now enrolled as a first year student of BS Education in Batangas State University in Batangas City, and most importantly, his youngest is now leukemia-free.

Sometimes we do not give importance to ‘common’ vegetables like okra, but it can make a difference in our lives.

Pastured eggs as an alternative to free range production