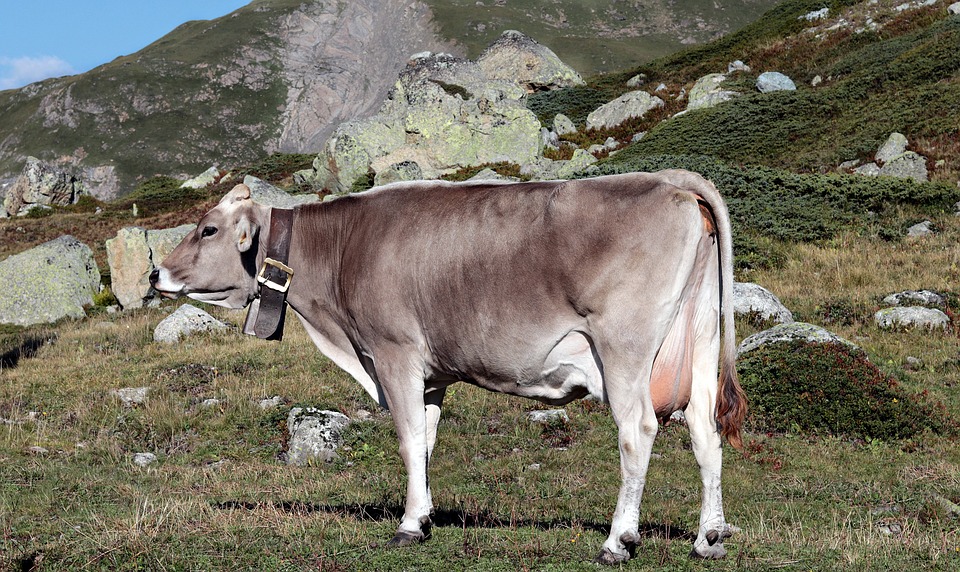 Knickers is the name of a 6-foot tall steer, or sterilized male cow cultivated for beef, who is considered to be one of the tallest in the world. It is almost as tall as NBA star Michael Jordan and weighs around 1,400 kilograms–heavier that a Mini Cooper!

Knickers towers over the other cattle at the Lake Preston farm. | Photo by ABC South West: Jacqueline Lynch

Geoff Pearson of Lake Preston and Knickers owner said that the cow won’t be going out to a barbecue anytime soon because Knickers was too big for the butchering plant’s chain.

Since Knickers is not a candidate for slaughter, he’s become useful around the farm by helping lead the other cattle.

Knickers also sent Australia’s Big Moo a step back with his size. The South Australian Guernsey steer was thought to be the biggest in the country but was four centimeters short of Knicker’s height.

While large steers are an unusual sight to many livestock farmers, it is not completely uncommon.

According to Guinness World Records, the world’s tallest living steer is called Bellino, an Italian chianina ox, that measures over two meters to the withers in Rome in 2010.

Biopesticide to Protect Selected Crops Against Pests and Diseases

The Science Behind Trees