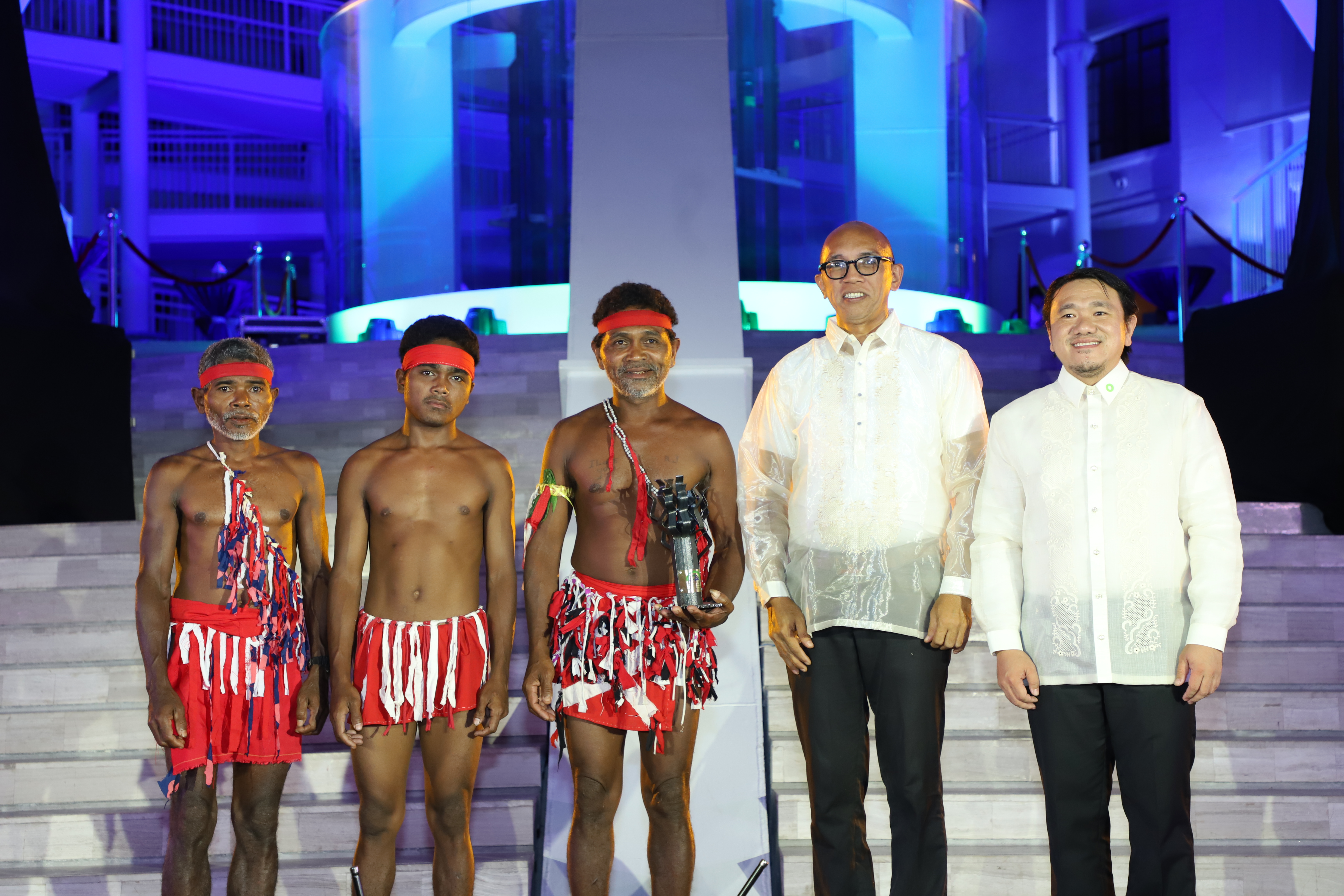 A total of 36 award recipients were recognized during the annual Climate Reality Leadership Awards, held last November 5, where today’s Filipino heroes of environmental causes and the important movers in climate change mitigation efforts were lauded.

“Climate change is not a specter on the horizon; the disasters are not looming nor impending. They are happening now in ways that are invisible and not immediately visible along with disasters from extreme weather,” said Vice Chairperson of The Climate Reality Project Philippines Manuel De Guzman.

De Guzman stressed the importance of acting against climate change as early as possible to secure the community, our food sources, other resources, and even our economy.

Its Climate Reality Leadership Award is the latest flagship advocacy program which recognizes outstanding Filipino individuals, organizations, networks, and initiatives that are putting global solutions to climate crisis in motion.

The highest honor of the Luntiang Kapawa Award is given to United Nations Special Rapporteur on the Rights of Indigenous People Victoria Tauli-Corpuz.

Corpuz is responsible for advancing and advocating the stewardship role of IPs with regard to national resources found in ancestral domains.

Atom Araullo, Howie Severino, Jonathan Mayuga, Voltaire Tupaz, and Imelda Abano are journalists who are included in the list of awardees who received The Luntiang Aligato Award for Journalism.

In the meantime, the Allen S. Quimpo Climate Leadership for Governance Memorial Award is aimed to recognize local government units across the country who are committed to renewable energy and have categorically shunned power generation using fossil fuels such as coal.

A total of 27 provinces, cities, and municipalities will receive this award this year.

“Keep fighting. We are going to win this [fight against climate change]’ we have to, and we will,” Gore said in a video message which congratulated the recipients.

Spearheaded by the Philippine mission of The Climate Reality Project, the pioneering nonprofit organization established by globally renowned climate proponent Nobel Laureate and Gore, is now on its second year.

Author Uses the Rainbow to Encourage Children to Eat Veggies