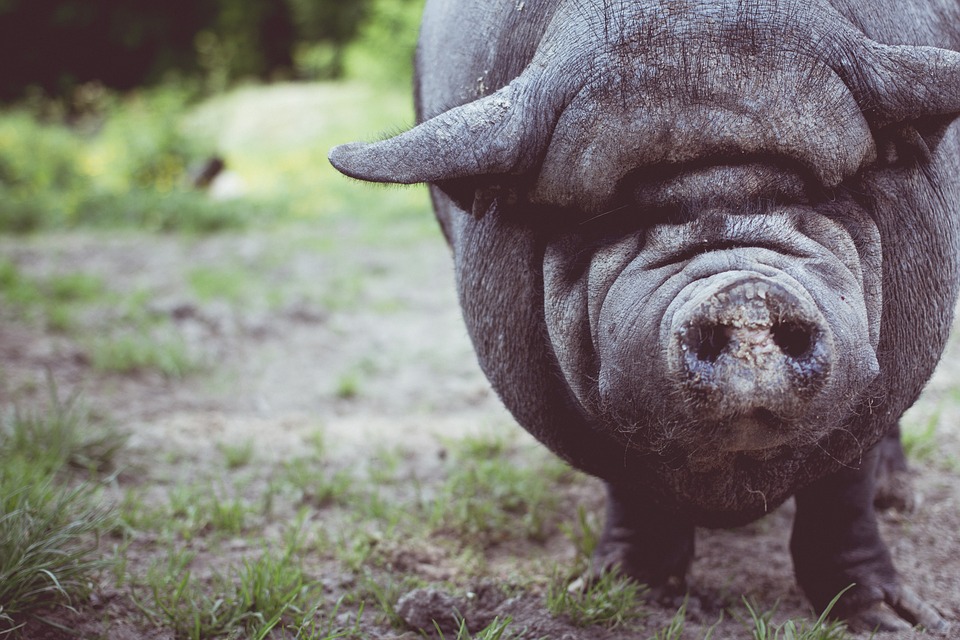 There is a notion that raising native pigs is not sustainable because of the belief that the growth of this breed is slow,resulting in a slower rate in the return on investment. Others think that the native pig industry in the country will continue to be an insignificant factor in the local swine sector.

But for Maxilillan B. Cabriga, or “Ian” as he is fondly called, there is much potential in the native pig industry.“These potentials should be tapped in order to generate business prospects,” Cabriga stressed.The industry could also provide employment opportunities, particularly for the small players, he added.

Ian Cabriga shows a rare specimen from his collection on his farm: “Billy”, a 10-year-old warted Philippine native pig.

Towards a Native Pig Industry

In an effort to capitalize on the untapped potential of raising native pigs in the country, Cabriga organized the Philippine Native Pig Owners Network Association, Inc. or PNPONAI, which is working to formulate standards for breeding, nutrition, and proper health management of the native pigs. The association aims to help in the conservation and development of native pig breeds, and for the establishment of a Philippine native pig industry.

Contrary to the belief that native pig raising is not sustainable as compared to raising hybrid pigs, Cabriga said that native pigs can sell for a much higher price than commercially raised hybrid swine.“That is why I am sharing [my] experiences[with] the operation of my farm, to teach…enthusiasts and native pig raisers so they can improve their production.”

This way, Cabriga intends to encourage the members of the organization, and those who are interested in raising native pigs, to adopt “natural farming protocols” to be their standard in breeding, managing, feeding, housing, and caring of their native pigs.

The Philippine native pig is either black or black with a white belly, and the varieties include the Ilocos and Jalajala. The Berkjala, Diani, Kaman, Koronadel, and Libtong breeds are all developed from this breed. Cabriga said the breed is very prolific; on the average, gilts can exhibit signs of sexual maturity as young as four to five months old.

Cabriga, together with the farm’s caretaker Gilbert Mandeja and his daughter, feeds some of the pigs with leaves.

But the important thing is that native pigs have a low feed conversion ratio, which means they are more economical to produce.

To entice would-be native pig raisers, Cabriga is also conducting free seminars and hands-on workshops at his farm in Silang, Cavite on the natural raising of pigs.

Aside from raising native pigs, Cabriga has started developing his almost one hectare property in Silang, Cavite, to become an agri-tourism farm, which is now planted with different kinds and varieties of vegetables and herbs, fruit bearing trees, and exotic fruit trees.

In addition to the agri-tourism farm, Cabriga and his wife Ana now operate the cozy Teofely Gardens and Wedding Events venue in Silang, where they conduct seminars about native pig raising. They also have a restaurant along the Silang- Tagaytay road which offers different
native pig meat dishes, like the very tasty native pig lechon.

Currently,Cabriga’s biggest challenge is to establish a position in the local swine market.“I am optimistic that we can take our share in the swine market without competing with our existing commercially raised hybrid pigs,” he said, adding that his only intention is to promote and
establish the native pork industry in the country.

Onions Were Extremely Valuable During the Middle Ages