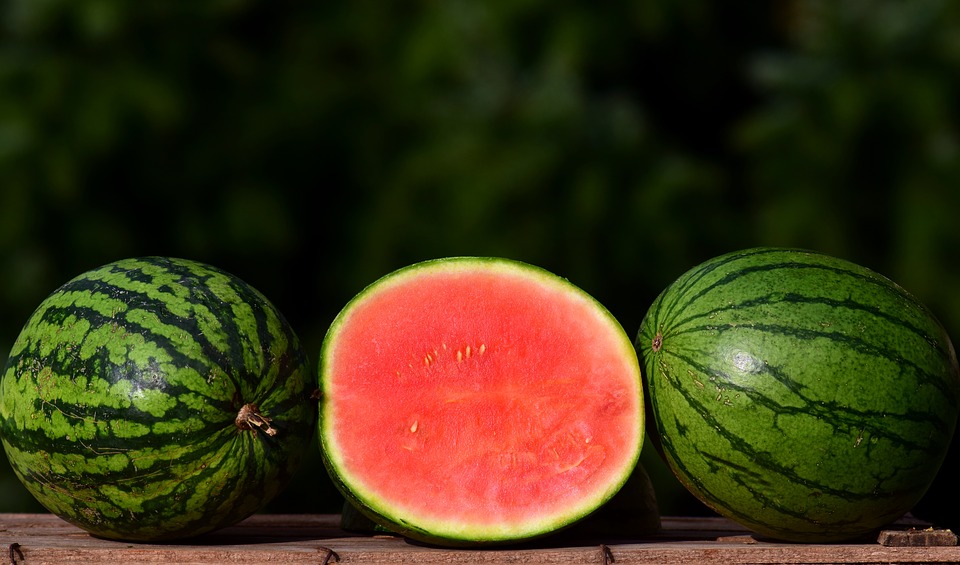 By Julius Barcelona and Aubregyn Ancheta

Farming is a labor of love, requiring many, many seasons of planting in the field for it to become a fruitful endeavor. Yet sometimes it is all too easy to get stuck in a rut, unwilling to change what one is used to, or to be overwhelmed by all the complications inherent in the care of living plants.

That was not so for three farmers, whose stories are a source of inspiration to anyone who wishes to try something new or to improve on what they do best.

North of Luzon, in Ilagan, Isabela, Ernesto Rivera, forty-one, is waiting for harvest time to begin. For a long time he was a corn farmer, planting field corn for the local mills. It was work that demanded little from him, but his income was likewise small.

That was twelve long years ago.

Recently, Rivera became a proud Dragon watermelon farmer after a trial planting of a few cans last year. Now, he is planting two to three seasons a year, and averaging twelve to sixteen kilograms of harvest per plant, which usually yields two to three fruits, making his yield especially large. While it isn’t the biggest fruit out there, he prefers leaving as many fruits to mature as possible, increasing his overall yield. Sometimes for special occasions, he will leave just one fruit on the vine, swelling the fruit size anywhere from ten to twelve kilograms.

In the Visayas is Binantuan Panay, Capiz. There, Nonato Bacuta, fifty-six, is getting ready for the Christmas and New Year seasons, as these are when prices for his Dragon watermelon are at their highest. Though Bacuta has been a watermelon farmer for around twenty-six years, he only started planting Dragon watermelon this past year.

At first he was reluctant to make the change from his old watermelon variety to Dragon, worried that his yield would drop or that the variety would have problems he was not used to. Still, Bacuta decided to try just one can of Dragon seeds and see where it would take him.

Bacuta (center) proudly shows off the Dragon watermelon harvested from his farm in Capiz; these are ready to be shipped off together with his sugar baby, Buffalo, to the local markets.

When he saw the incredible germination rate of almost a hundred percent, he decided to go all-out and try planting Dragon for one season.

He was not disappointed. Through meticulous fruit selection—in which he removed extra fruits that would take nutrients away from his selected fruit and compromise their quality—Bacuta was able to achieve, on average, eight kilograms per fruit. Its faster maturity rate is also a bonus, being harvestable in sixty to sixty-five days, cutting short the time between harvests and increasing his profits.

Bacuta’s neighbors, also watermelon farmers, were surprised by his results. The fruit quality is excellent, and makes eating Dragon watermelons enjoyable. His customers greatly appreciate the sweet juiciness of his Dragon watermelons, and these are a big hit in the local markets of Roxas City.

For Bacuta, life hasn’t been sweeter since.

South Cotabato is among the southernmost lands of the Philippines, and there, Lowen Habonita, thirty-two, stands in his fields surveying his as yet immature Dragon watermelon. Sometimes he wonders how he got to this point, because at just fourteen, he had to drop out from school as his parents were no longer able to support his education. Instead, he had to support his family by working as a harvester of rice.

But his thirst for knowledge drove him to make the field his school. He hungrily took in everything he could learn about planting, and soon his hard work caught the eye of his financier. He quickly became a trusted supervisor over the other laborers, but their envy led them to drive him out.

This turned out to be a blessing in disguise, as it was with his next financier that Habonita discovered Dragon watermelons. Though it was a big departure from rice, he found he had an instant connection with Dragon, and quickly got a feel for its habits and complications.

Alas, envy followed him, and Habonita ultimately decided to leave as well. He bounced from financier to financier this way, each time earning the ire of less industrious fellow laborers, with each episode ending with him leaving to avoid further frustration. He says that looking back, this was another blessing in disguise. The constant movement sharpened his skill in growing Dragon.

He learned how it matured much faster and could be harvested earlier than other watermelons. Also, if the first two or three fruiting flowers were removed, two to three uniform, high quality fruits could be produced instead of just one good one and several subpar ones. Habonita often notes that it is his willingness to make the extra effort that drives his success, especially when others do not do the same.

Now, Habonita thinks he has finally found his place. Though he does not wish to name his current financier, he is proud of the trust his financier has in him. He says currently he only holds a little more than a hectare of Dragon as it is the rainy season, but he is getting ready for the high season, when he will be trusted with more than twenty hectares of Dragon. Undaunted, he laughs as he says this is an expression of the regard his financier has for him, a challenge that will stretch his skill and make him better.

Habonita does admit that with the money and skill he has earned through the years he could very well set himself up as an independent financier. He has already started his own small but successful livestock and poultry operation, and the friends he has made throughout his career will be there for him if he really wants to do so. But he says owes a great debt to his financier for trusting him despite what other people might say.

For that, he will always be grateful. Perhaps one day he says; besides, he laughs, none of this would be if it weren’t for the Dragon watermelons he cares for and loves. (With contributions by Albert Castillo, Bonny Deseo, and Christopher Oquien)

A Quick Way to Get Rid Of Fruit Flies