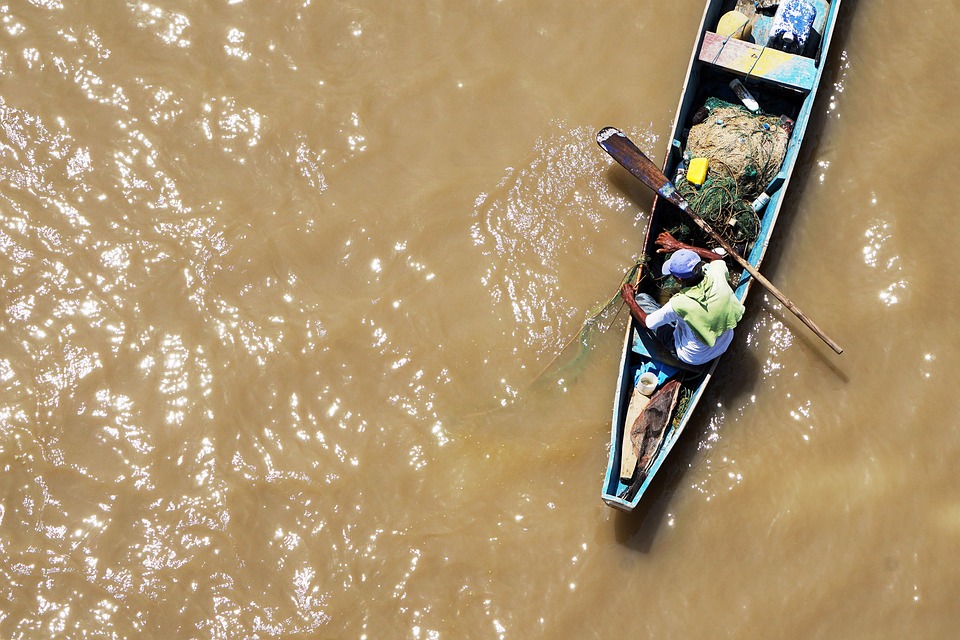 Fish ranks high when it comes to the amount harvested in the Philippines yearly, with production totalling 3.1 million tonnes.

Meanwhile, according to the Food and Agriculture Organization of the United Nations, the country generated a total production of 3.1 million tonnes of fish, crustaceans, mollusks, and other aquatic animals in 2012.

But even as the demand for fish grows, the supply has begun to decrease, especially with the destructive methods that some fishermen use to get a good catch. Some of them use chemicals or dynamite, while commercial fishermen resort to bottom trawling or scraping the seafloor to acquire sea life hidden underneath.

Fortunately, not all fisherfolk are like this. Some still use the traditional hook and line method to preserve fish populations and also respect the ecological balance of the waters.

Pablo Rosales, known to his friends as “Ka Pabs”, is one such fisher who still practices the traditional way of fishing. His reason behind this is rooted in the respect he and his family has toward the trade.

Rosales hails from a family of fishers in Samar. He started learning the trade at 9-years-old, when he went fishing with his father in a paddleboat for the first time. Times were tough and they didn’t have their own land back then.

Ka Pabs (left) during the Kamayan Para Sa Kalikasan Forum about the State of Philippine Fisheries.

As a result, their family moved from one place to another in search of better circumstances. At first, they tried their luck in Cavite where Rosales worked as a cigarette vendor, a diver of clams and oysters, and a person who washed jeepneys for a living.

He and his family still couldn’t find the money “na pinapala at pinipiko” in the Metro so they moved again until they finally settled in Bataan. Rosales’ eagerness to fish started to intensify, so he quit school at the age of 13.

The young Rosales further learned the trade from his father and soon joined him in braving the seas for a good catch. The father and son tandem continued to fish for their livelihood until the economy slowly faced a decline.

Several years later, Rosales was invited to a discussion which revolved around the need for reform in the fishing industry. From then on, Rosales started fighting for what he believed was right.

He began visiting coastal communities that shared in his beliefs like practicing traditional fishing to preserve their resources, and together, they tried to shed light on their cause.

Coastal communities consist of a group of people who live on the border between the land and the sea. Through Rosales, they were inspired to follow the waves to look for a good a catch while respecting the waters that provided them with a means for livelihood.

One of the groups he now manages is the Progresibong Alyansa ng mga Mangingisda sa Pilipinas (PANGISDA-Pilipinas) that serves as a representative of the fisherfolk in the country.

Rosales has served as the voice of the fishers as he communicates their concerns countless times during press conferences, forums, or other gatherings related to fisheries or marine preservation.

Despite the actions done throughout the years in regards with dynamite or chemical fishing, Rosales reveals that there the method is still being used by some fishermen to date.

Rosales said that if the destructive methods of fishing doesn’t stop, the fish supply will continue to decrease.

This method, according to Rosales, is a reason why the supply of fish in the country is depleting because the explosion not only kills a number of fish but also ruins the corals and leaks harmful chemicals in the ocean.

Another issue they have to face is the destruction of the municipal fishing grounds because of bottom trawling, where the seafloor is scraped for it to present other marine resources that can be sold, done by some commercial fishermen.

Both methods, according to Rosales, disrupt the ecology of the ocean and leave the once abundant area close to barren.

Fighting for the Waters

Rosales shared that the fisherfolk are grateful for the Republic Act no. 8550–or the Philippine Fisheries Code of 1998, which gives exclusive rights to the country’s fisherfolk regarding the use of the municipal waters. It also mandates commercial fishing vessel to acquire a license before operation.

He and his people also celebrated when the code was amended in 2015 by RA no. 10654, which contains new conditions for commercial fishing vessels–like how much can they harvest as well as the methods they are allowed to use, and added prohibitions along with the penalties for each violation.

They considered it a victory because of the exclusivity and preservation it would harbor, but they are still faced with the overexploitation of municipal fishing areas in the country.

Rosales added that the fisherfolk are the poorest of poor. But there is hope since there have are steps already taken to preserve the marine resources and Rosales is still battling the issues he and his people are facing.

Aside from the research and lawful efforts from the government along with NGOs, Rosales still asks for support from his fellow countrymen since he thinks that going local is one way that the fisherfolk could also progress in the industry.

Now at 53-years-old, Rosales is currently the National Chairperson of PANGISDA-Pilipinas and still continues the good fight.

Their main campaign is concerned with the protection of fishing grounds for the livelihood of the communities for now and upcoming generations.