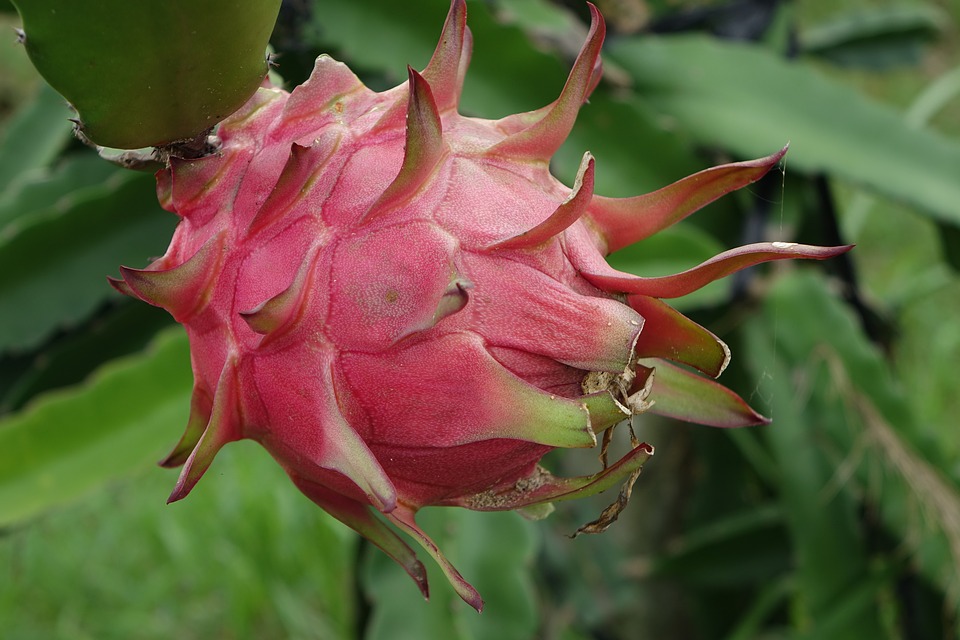 Xie Xinke and his dragon fruit farm behind him.

He is Xie Xinke, owner of Xinke Dragon Fruit Farm. He is very glad he gave up his previous business, which could be very taxing at times. Now he is very happy tending his 1.1-hectare dragon fruit farm. His plants, which are organically grown, are very robust and high yielding. Last year, he estimates, he harvested no less than 50 tons of the red-fleshed fruits.

In the most recent season, harvesting lasted from June 2015 to March 2016. Usually, the fruiting season lasts only from June to November. But the warm winter months of last December to February favored the long harvest period of ten months. Contributing to that
was the provision of electric lighting at night.

His dragon fruit plants are organically grown. He uses a lot of organic fertilizers to nourish his plants, which are planted on raised beds. They are also regularly irrigated.

Note that the fruits are bagged to protect them from insect damage.

Dragon fruit is becoming increasingly popular in Asia not only because it is nice to eat but also because it is nutritious and considered to have medicinal attributes. It is claimed to be rich in antioxidants and to help in maintaining normal blood pressure and solving other health problems.

In the Philippines, commercial growers of dragon fruit are found in Burgos, Ilocos Norte; Indang, Cavite; Jala-Jala, Rizal; several towns in Pangasinan, and in other places.