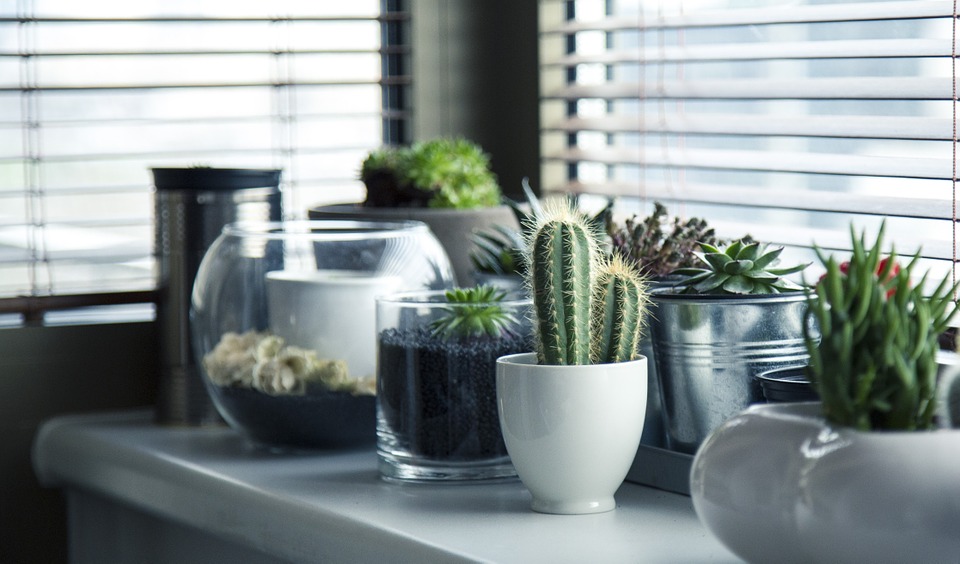 Plants, like people, have their own unique personalities; it shows in their characteristics such as their color, structure, and flowers.

So how do you know if a plant is just right for you? You can try asking the stars.

The 12 signs can benefit from some properties of certain plants. Some of these include healing, growth, balance, and inspiration.

Below are the signs of the zodiac and the corresponding plants and herbs that will most evoke a sense of harmony in their household or garden.

People born under Aries have strong personalities, and it shows in the assertiveness and independence they exert in their daily lives. A cactus is a compatible plant for an Aries because of its low maintenance (think of it as their independent trait), its prickly exterior somewhat mirroring an Aries’ temper. Being a fire element, Aries are bold and fiery people. Having Cayenne pepper in the kitchen helps with blood flow and iron supply, which supports the active lifestyle that Aries people tend to lead.

The scent of lavender has calming properties.

Two traits common to those born under Taurus is their ability to see things from a grounded  perspective, as well as their love for detail. The Jade Plant offers enough of that detail in its leaves, which boast of symmetry despite its curved orientation. With Venus as their governing planet, those born under Taurus like to surround themselves with beauty. The scent of lavender, which can be found in its essential oil, possess calming properties that can relax the  oftentimes stubborn bull.

Their innate fascination with the world usually leaves Geminis’ minds wandering. From its name, the Air Plant is a botanical companion for the inquisitive mind. Air Plants don’t grow roots or need soil to thrive, so the process of caring for the plant is unusual and can captivate those under the sign of the twins. Geminis are also flexible, which helps them achieve what they want. Similar to dill, which is a versatile herb that can be used for garnishing meals or as an ingredient for natural medicine, Geminis can do whatever they want and excel at it.

This sign is one of the most challenging to get to know because they tend to be mysterious and misunderstood. But underneath their shell, Cancers are emotional and sympathetic. At first glance, the Peace Lily looks like it’s hard to take care of but in reality, they’re quite the opposite because they can be left on their own. Cancerians are also deeply imaginative. An herb that matches their personality is parsley since the use of the herb is versatile and is left only to imagination.

Ruled by the Sun, Leos are bright, warm, and courageous, with an attention-seeking personality. They’re a good match to the Rubber Plant, which makes a radiant statement, just like their ruling planet. Ginger also reflects Leos’ boldness and brightness because it’s strong-flavored and brightly-colored.

Perfectionism and attention to detail are what makes Virgos and Azaleas a gardening match–the intricate patterns on the Azalea’s petals reflect the Virgo state of mind. People born under this sign are also analytical and don’t leave anything to chance. As a result, they tend to overwork themselves. Verbena helps restore emotional and spiritual health and soothes the mind when there’s been an overabundance of energy.

One thing that Libras strive for is balance and harmony. The Snake Plant also embodies the same ideas as it is both hardy and aesthetically pleasing. A Libra mind is strong, keen, and often in need of stimuli. Mint can aid in jumpstarting a Libra mind because its the menthol component stimulates the hippocampus area of the brain, which controls mental clarity and memory.

Aeoniums are a type of succulent.

Scorpios are fierce and assertive people who are often misunderstood because they tend to live in their own little worlds. Similarly, Aeonium—a type of succulent—and Basil both have tough exteriors but are more than what they seem; they have their own striking qualities because of their texture and flavor, respectively. Some might think that a succulent is just a small version of a prickly cactus but this plant actually blooms petite white flowers. Basil, on the other hand, looks like your run of the mill leaf but it can be used as an herb for cooking.

Filled with curiosity and energy, this fire sign has the a great sense of wanderlust. That adventurous personality is a match to the Monstera Deliciosa Plant, which is bold and vibrant, flourishing wherever it may grow. Sagittarians are also in touch with the world and want to experience as much of it as possible. Sage’s earthy flavor makes it a good accompanying herb for this star sign.

Those born under Capricorn are said to be traditionally-inclined and often serious by nature. Traditionally used in cooking and medicine is Thyme. It gives off an earthy yet aromatic scent that coincides with the earth element of Capricorn. Another plant that matches this sign is Kalanchoe or “Mother of Thousands” because they both share independence and a sense of responsibility. The Kalanchoe gained its moniker from the baby plants that grows off its leaves–basically, it’s a parent of sorts. Once the mother plant dies, the plantlest will shed from its leaves and grow as a new plant.

Those born under Aquarius tend to be ambiverts–they can be shy and quiet at times but also quirky and energetic. The Rex Begonia shares in these Aquarian qualities because of its uniquely shaped and colorful foliage that is both delicate and attention-grabbing. Those born under this air sign use their mind at every opportunity, which is why inspiration is vital to them though at times, they like to take a break from it all and wind back. Chamomile is used to aid in relaxation, and can be part of an Aquarian’s ritual wind-down.

Pisces are characterized as selfless, sometimes even acting as martyrs because of their willingness to help others without waiting for something in return. They’re also the most tolerant among all the other star signs. The Spider Plant is also of the “selfless” kind since it is low-maintenance and adaptable; they don’t need too much attention but will thrive  wherever spot you put them in. Symbolized by two fishes circling each other, it’s easy to understand that Pisces is a water sign. Plants such as Watercress, which thrives near water, promotes health, awareness and positivity which coincides with the caring nature of Pisces.

3Rs to Lessen the Amount of Food Waste, Part 2: Reuse