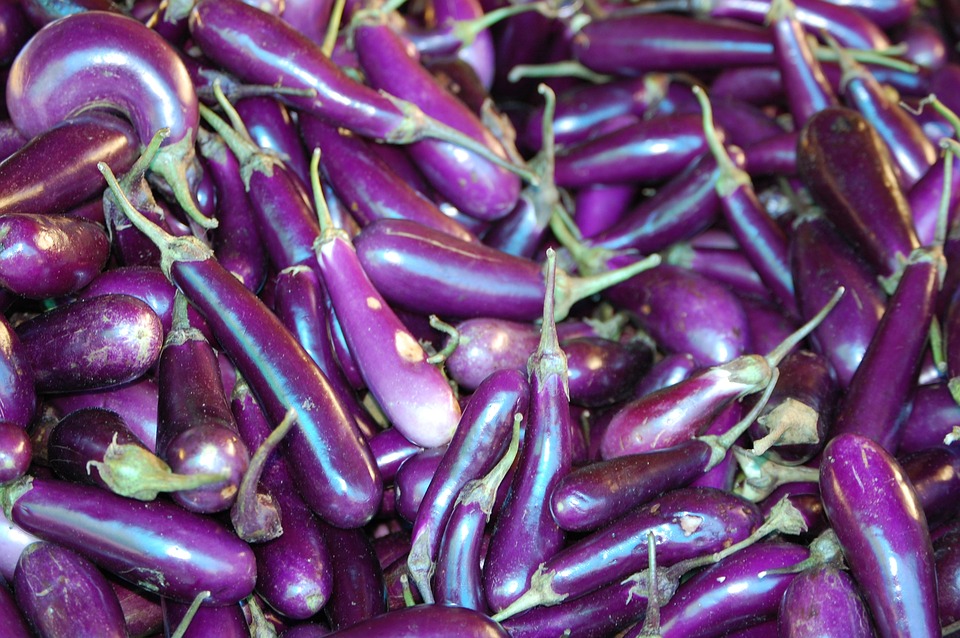 Eggplant is one of the country’s favorite vegetables. Unfortunately, it is also the favorite crop of insect pests, so oftentimes, farmers have to resort to excessive spraying of deadly chemicals.

The most serious pest of eggplant is the eggplant fruit and shoot borer or EFSB for short. The larvae are what you often find as worms inside the fruit, which make it unmarketable. Not many farmers know, however, that there are little known ways of preventing EFSB infestation without using chemical pesticides. This we have learned from Dr. Susan May F. Calumpang of UP Los Baños, who is a member of the crop protection cluster of the college of agriculture.

Eggplant is highly susceptible to EFSB.

She and her colleagues have conducted experiments to find out how the insect that lays the eggs in the fruit and stem of the eggplant can be prevented from damaging the crop.

One way is to intercrop radish with the eggplants. When the eggplant seedlings are planted in the field, radish seeds are also planted in a shallow furrow beside eggplant. In their study, they observed that the eggplant intercropped with radish were least attacked by EFSB. The effect of the radish was most apparent 9 to 10 weeks after planting, which is the time when the radish is harvestable. With this simple technique of intercropping radish, the farmer can greatly reduce EFSB infestation and he also has a bonus harvest of radish that he can sell.

Dr. Calumpang says that radish has a repellent property that discourages the insect pest from laying its eggs on the fruits and shoots of the eggplant. She explains that the plants emit certain odors that can affect the behavior of insect pests.

Other pests of eggplant are thrips, which cause the browning of leaves and blemishes on the fruits. Another pest is the leafhopper, which causes severe yellowing and crinkling of the leaves, resulting in poor harvests. The damage caused by these pests can also be minimized by intercropping the eggplant, this time with bush sitao or mungbean. The legumes attract beneficial insects which feed on the leafhoppers and thrips, according to Dr. Calumpang.

In another experiment, Dr. Calumpang and Rolando G. Bayot found that intercropping eggplant with lemon grass or tanglad is effective in reducing damage by EFSB, aphids, and white flies.

This technique, says Dr. Calumpang, provides the potential for increasing the incomes of farmers while providing options for pest management which can reduce insecticide use. She adds, however, that his cropping system of intercropping lemon grass with eggplant needs further evaluation on a larger scale as both economic and ecological conditions must be fully evaluated before an economic intercropping-based commercial production scheme can be recommended.

Anyway, why can’t we small gardeners also do our own testing? Let’s do it!

3Rs to Lessen the Amount of Food Waste, Part 3: Recycle

Giving the Dumagats a Chance