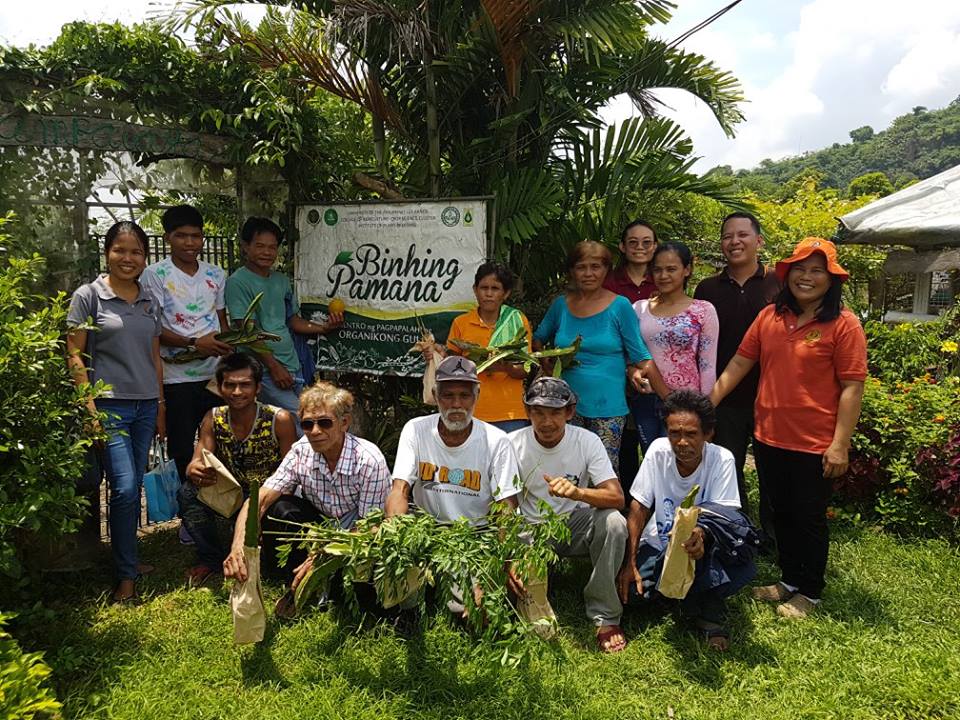 At some point in our lives, there will come a time when we’ll make an unexpected turn from what we Thought were well-laid plans. It could be the brought about by an epiphany, or even through a new experience. Nonetheless, this new perspective in life could pave the way to new opportunities both for you and others.

For Cherrys “Che” Abrigo, a graduate of University of the Philippines Los Baños with a degree in Chemical Engineering, hers came when she began doing volunteer work back in 2012. From there, she saw the living state of several secluded communities in the country.

Abrigo has been doing volunteer work for about five years since then but she noticed that despite the efforts of her and her colleagues, some communities still do not flourishing.

“They were asking me to help them find a way to feed their families as well as earn money for other things like medicine, and more,” Abrigo said.

She noticed that some of the people in the secluded communities are inclined towards farming. This opened a window of opportunity for her to help.

Now, Abrigo serves as a link between consumers in the metro and to indigenous farmers in the provinces. She helps both parties achieve a win-win relationship through fresh, organic produce and a fair trade policy.

Back in 2016, Abrigo requested aid from the United Nations which resulted in a P1.6 Million UN Development Program (UNDP) funded project where she was tasked to teach and promote organic farming.

Twelve families from the Luzon tribe of the Dumagats in Daraitan, Tanay, Rizal were targeted to be part of the project. But with limited funds, it was only Abrigo and a field assistant working on minimum wage to be the source of knowledge for the farmers.

Abrigo started to get busy and enrolled in an organic agriculture-related course in UP’s Open University. She also started to utilize technology and read about organic farming.

Looking ahead, Abrigo also taught the farmers how to market their products after they’re done growing them.

Putting Her Degree to Work

One thing that Abrigo noticed in farming nowadays is the excessive use of chemicals in pesticides and fertilizer.

Abrigo with the late Chief Abner of the Dumagat tribe.

Since she graduated from UP with a degree in Chemical Engineering, she put the knowledge she got from college to use. Part of the training that she gives in organic farming is the process of making organic pesticides and fertilizers.

Abrigo translates technical jargons to the simplest way possible so tribe can understand her clearly and find the process to be easy as well.

“I always tell them to make use of what’s around them. They don’t have to go and buy chemicals. They live on the mountain and marami sa paligid nila kaya madami silang makikitang alternatibo,” Abrigo said.

She also teaches them methods of food processing such as drying and fermenting in order for them to prolong their food supply.

Sharing the Fruits of their Labor

Abrigo has been the mediator between indigenous farmers and the big brands in the metro. She receives their orders and consolidates the items among the farmers to fulfill the request. It’s important for her that all farmers in the tribe are able to contribute so each would get a chance at gaining profit.

To show how well they’ve been doing, Abrigo schedules trips with the farmers to take them to the metro. She shows them the different stores that purchase their crops.

One store that she and the native communities supply is the Healthy Options branch in EDSA Shangri-La. Another one is Good Food Community, which promotes community shared agriculture that allows people to become a co-producer through farm share subscriptions.

She also brings them to UPLB to show them around the campus.

During the weekends, Abrigo visits bazaars to sell the tribe’s produce from the back of a van. Since UPLB is a close-knit community, it doesn’t take long for the wares to be sold out.

Since Abrigo wants the native tribes to flourish in their endeavors, she sells the produce at a market price that’s only a bit higher to cover the transportation expenses since the crops come straight from the mountain.

This process of fair trade helps the native farmers to earn money from fulfilling their orders while providing fresh ingredients to the customers who have come to trust them.

Sierreza is a zero-waste store that also has a cafe which incorporates the produce they get from the farmers.

The chemical engineer has been helping out the native farmers for around five years, and has no plans to stop. Three months ago, Abrigo launched Sierreza, a zero-waste concept store which is also the avenue where the native farmers can sell their products.

“It’s hard to not be able to control the market. We don’t know if suddenly customers will stop buying from the farmers. And I don’t want the efforts we’ve began to just go to waste so we created our own market,” Abrigo said.

Sierreza is a zero-waste store that also has a cafe which incorporates the produce they get from the farmers. The store is the embodiment of Abrigo’s advocacies for a cleaner way of living as well as continuing to provide for the communities she helped in getting a sustainable livelihood.

Customers can get taro munchkins which are made from fresh ingredients from the farmers Abrigo supports in the cafe as well as household staples like coffee, sugar, and milk without the packaging from the store itself.

By the first half of next year, Abrigo is eyeing the idea of venturing into franchising Sierreza. “There were already offers when we first opened the store three months ago. But I didn’t think it was the right time yet since we have to study our market first,” Abrigo said.

Since Sierreza was born out of two advocacies, Abrigo said that if the store should become a franchise, each one should support or source products from at least one local community.